Paestum, which was called Poseidon in Greek, was founded in the early sixth century. B.C. by Achaeans from Sybaris who settled in the fertile plains south of the Sele; at the end of the fifth century BC the city was conquered by the Lucanis and in 273 BC it became a Latin colony. Today you can visit a wide area, with a nice atmosphere, divided into three areas: two sacred areas to the North and to the South, and a public center, Agora first Greek and then Roman Forum.

In the two sacred areas are visible three Doric temples, beautifully preserved: North Temple called “Ceres”, dedicated to Athena, in the South. The so called “Basilica”, the Temple of Hera and the temple so called “Neptune” perhaps sacred to Apollo. In public buildings are preserved from the Greek period (the ekklesiasterion, the place where the assembly met and heroon, the hypogeic tomb of the hero founder of the city) and Roman (the Forum, the Italic temple, the 'amphitheater, houses and neighborhoods).

The ancient city is surrounded by walls with four gates at the cardinal points (the Golden Gate to the north; Porta Giustizia to the South, Sirena Gate to the East, Porta Marina to the West), dated between the end of the fourth century BC and the era of the Latin colony (third century BC). 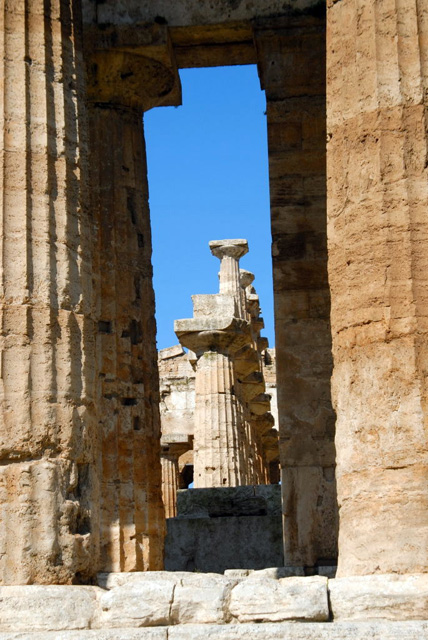 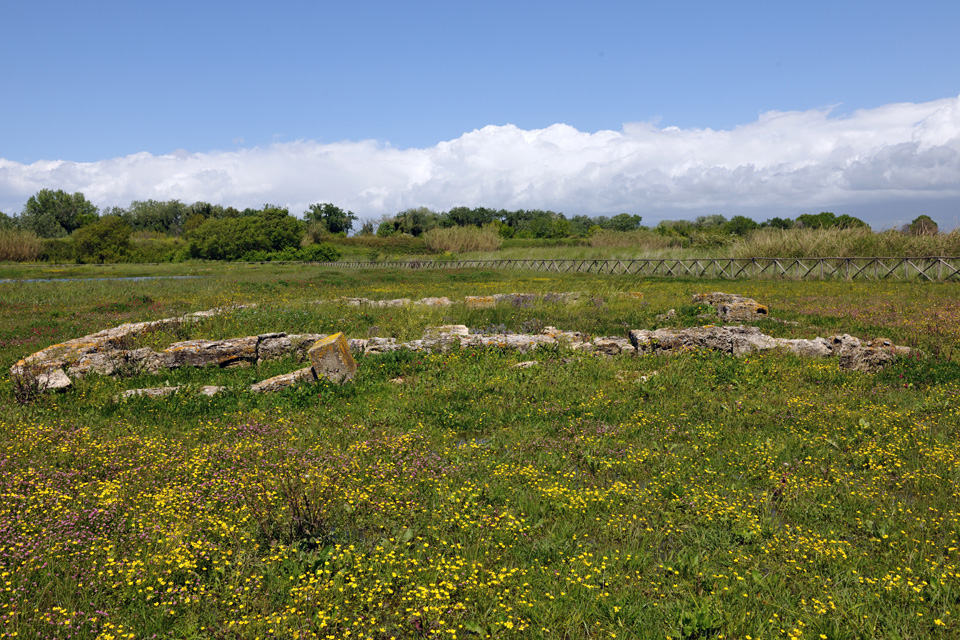