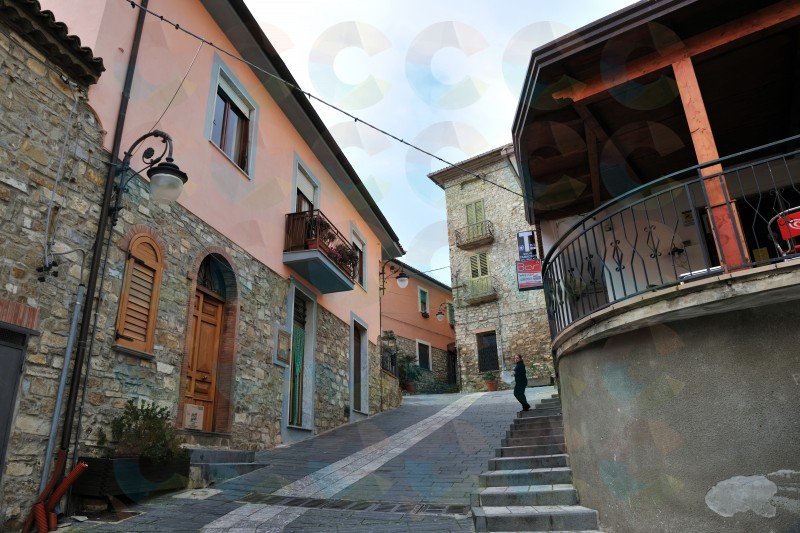 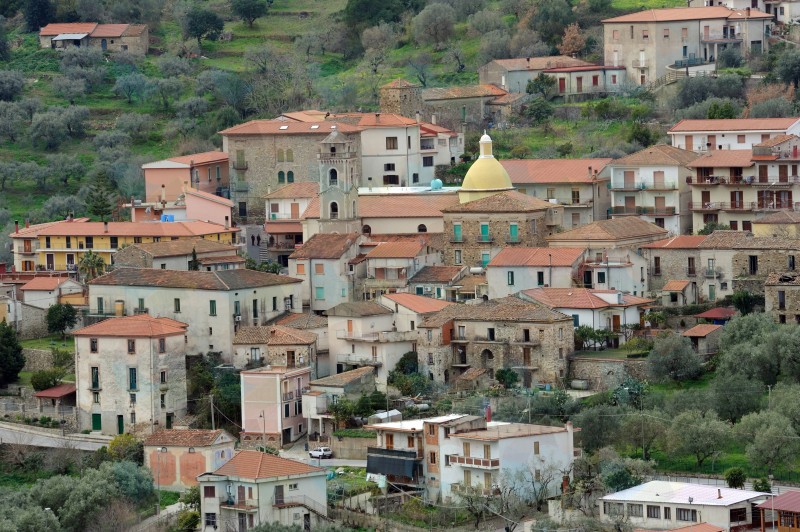 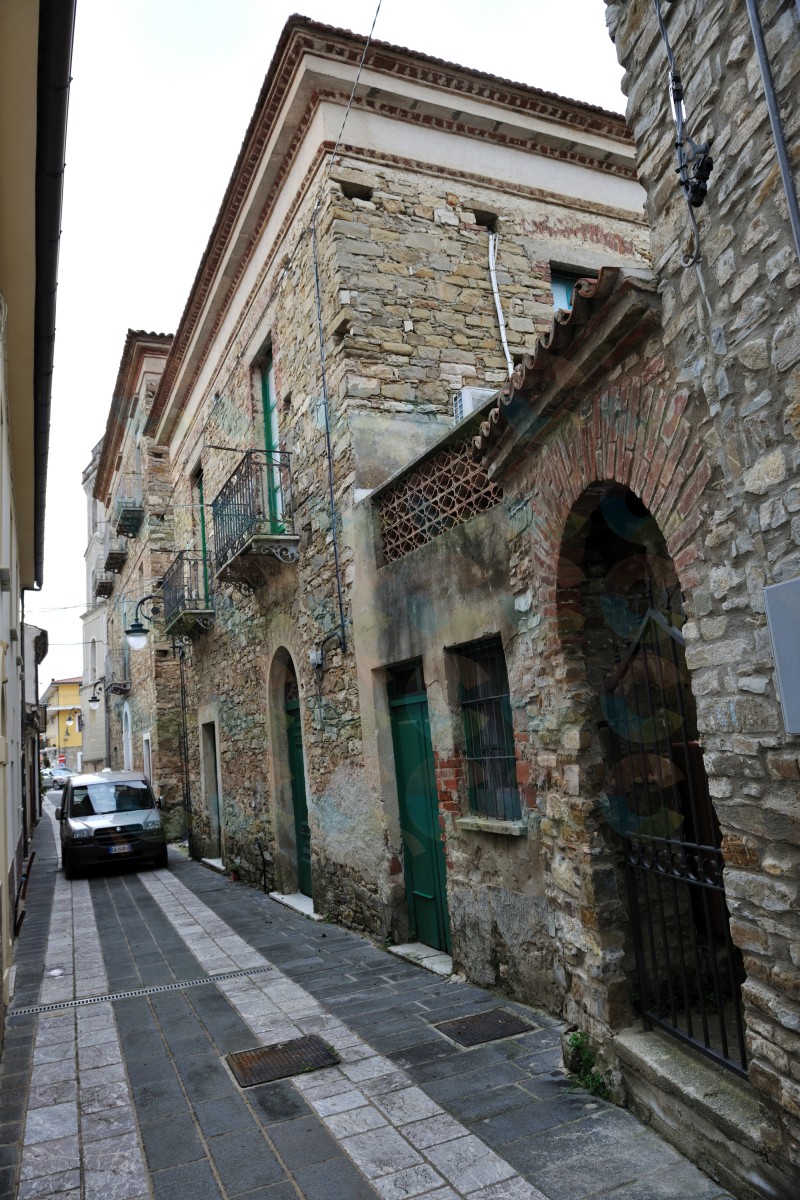 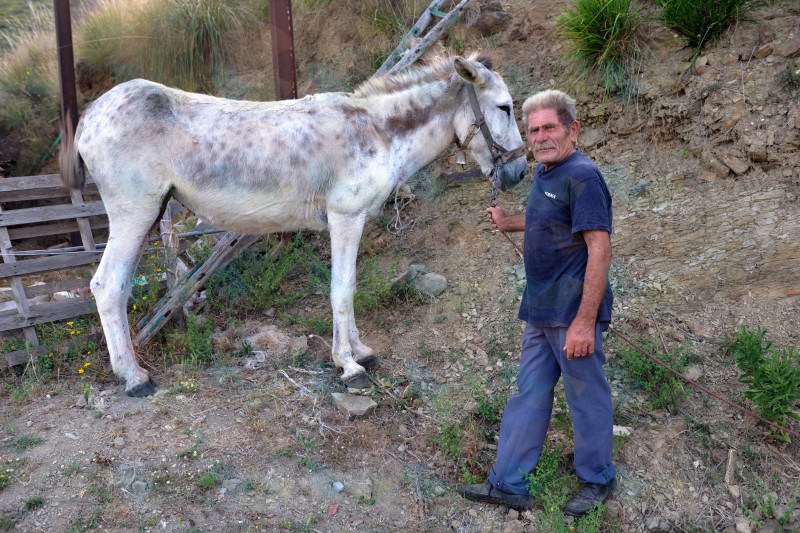 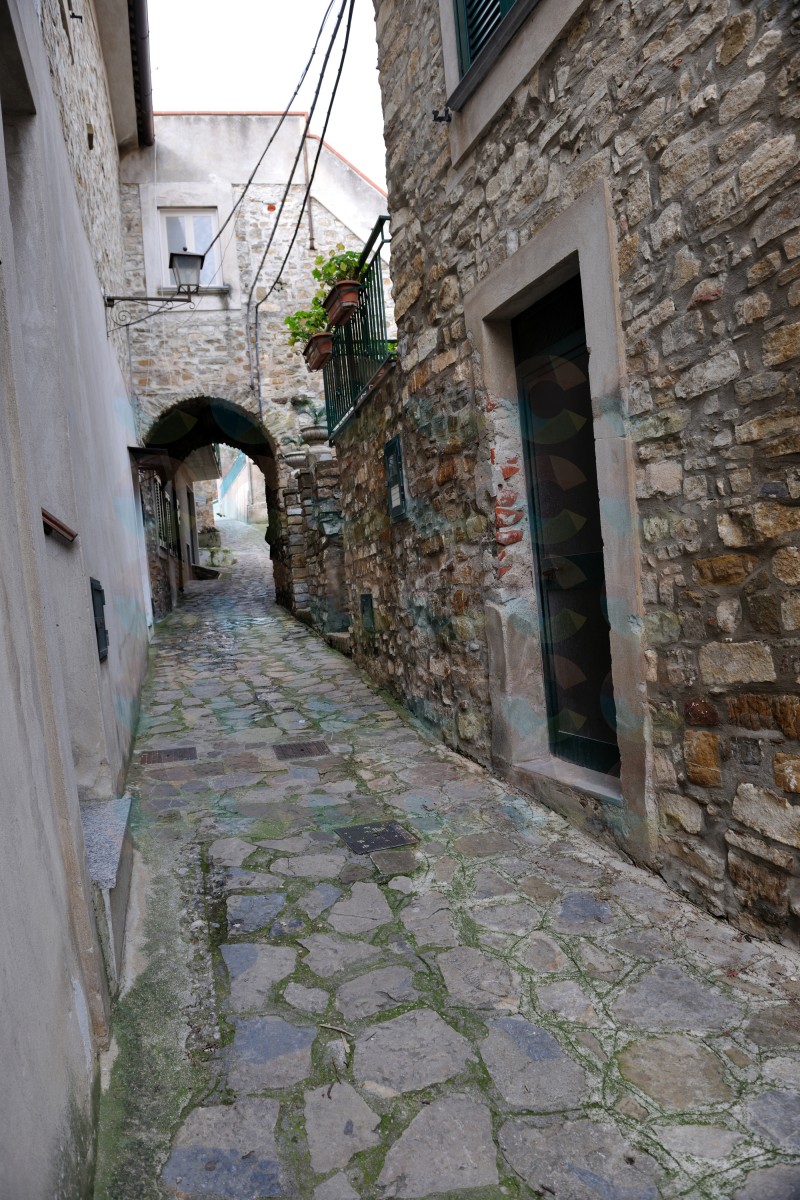 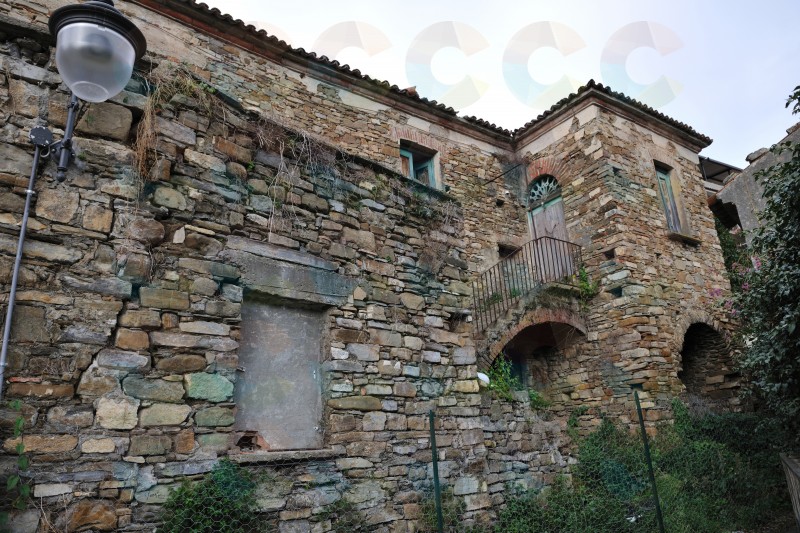 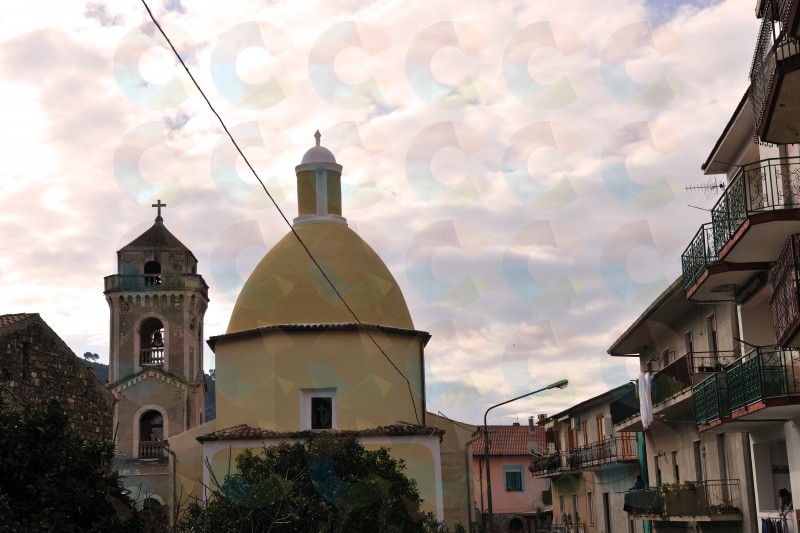 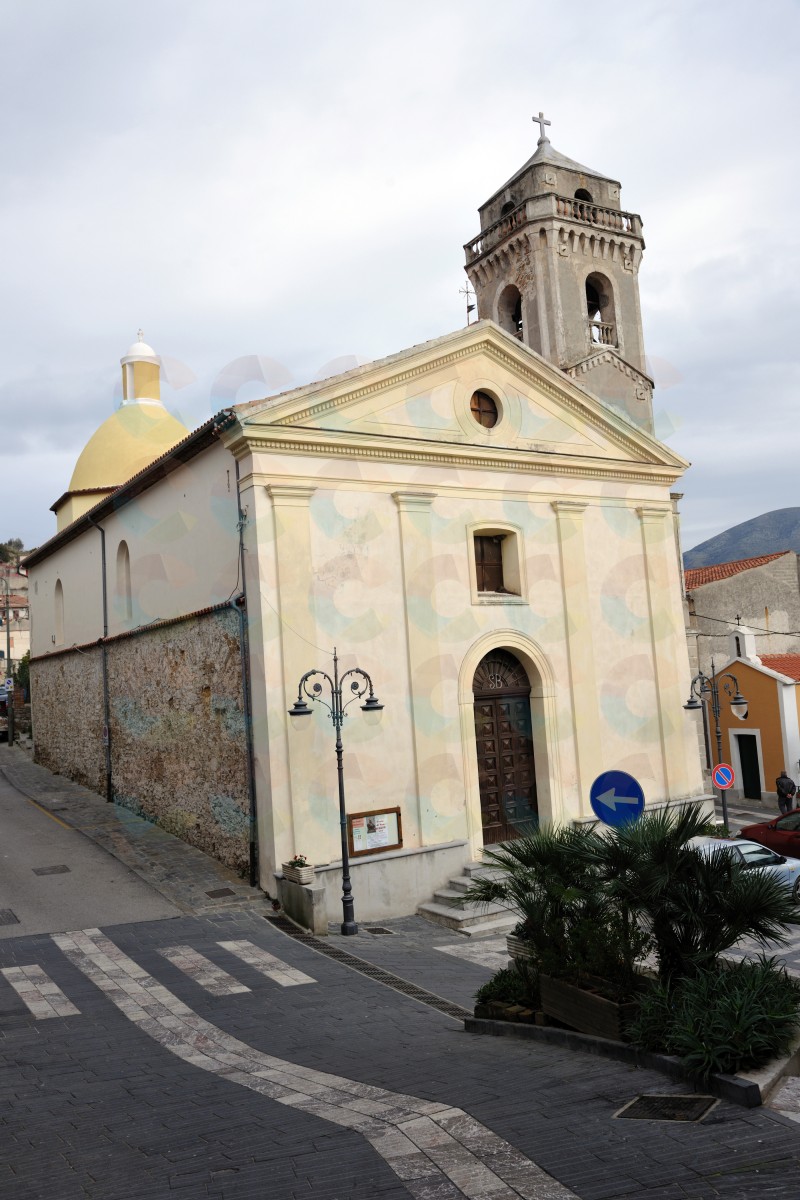 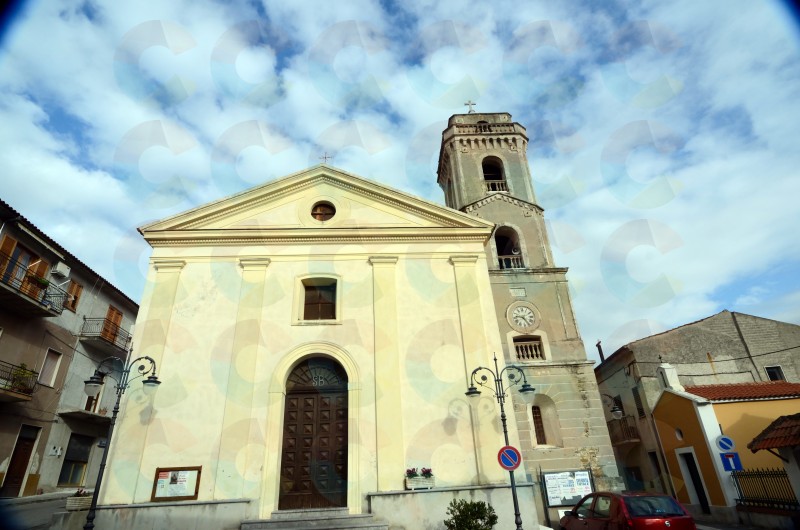 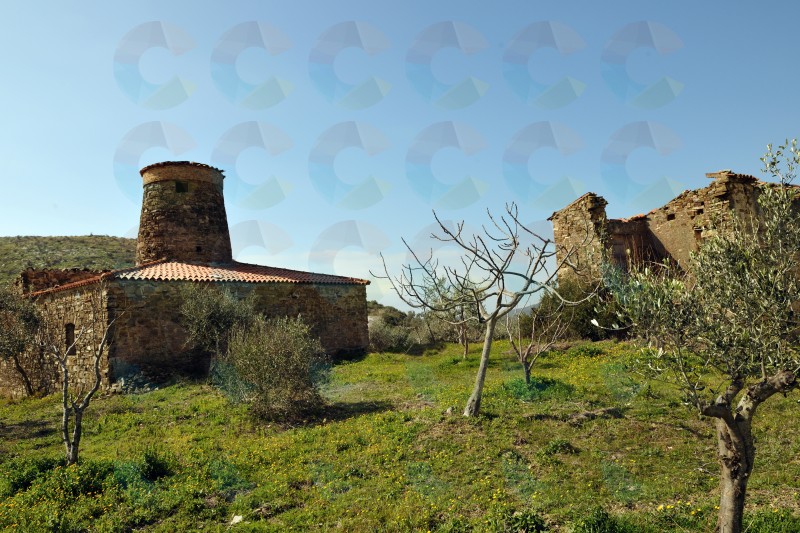 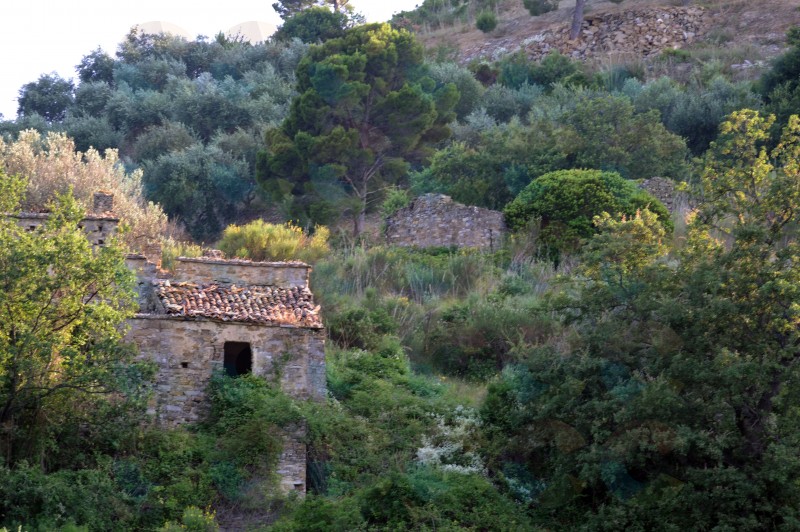 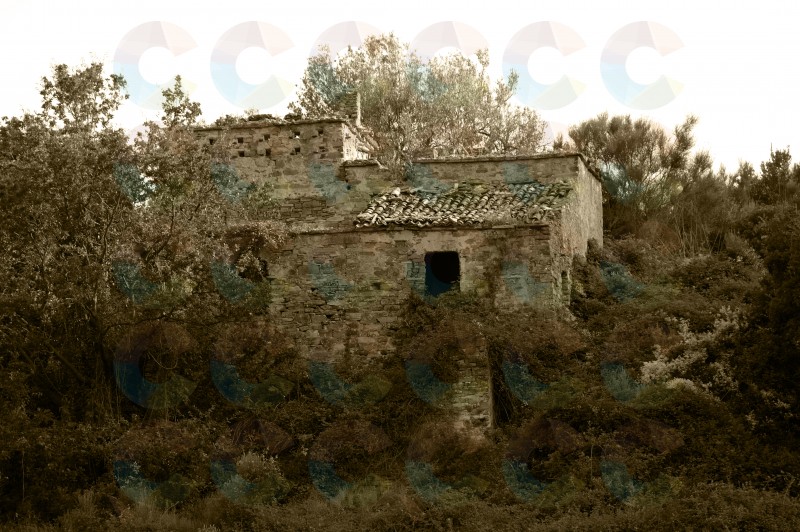 The fractions are Agnone, Casa del Conte, Cosentini, Fornelli, Ortodonico and Zoppi. The most ancient document that informs about the «ecclesia vocabulum sancti angels, que east sita in monte qui vocatur coraci " is of the 1043. Guaimario V and the child Gisulfo « pro amore omnipotenti dei et nostre salutes anime», gave to Giovanni, « abbatisterii sancti archangeli ", the above-mentioned church with terrestrial, vineyards, houses, etc. dependent, together with the church of S. Martin, and all of his dependences.

Church this last, that the diploma sets «ubi ad sala dicitur " with a precious location because it assures some sure installation of a longobard gentleman. Gregorio VII, in a document of 1073 around, recognized belonging to the abbey over the «monosterium sancti archangels " also the « eccÌesiam sancti angels de montecorice ". In the trial made in Salerno on October of 1083, to duchess Sighelgaita's presence, wife and representative of the husbund Roberto the Guiscardo, is still news of the monastery of St. Angel of Montecorace. In that document is listed the 14 families (« homines") subject to the «monasterii sanct'angeli " and living in the adjoining village.

In the paper of 1084, then, the church of St.Angel is expressly suitable as « obedience " of the monastery of St. Archangel of Perdifumo (obedientia sancti Michelis arcangeli).It is also news of it in the istrumento of harmony among the bishop Alfano and representative of the abbot Pietro of Cava, notarized to Agropoli in the 1110. Among the other prior of the monasteries belonged to the abbey, it also intervened «Johannes, prior monasterii sancti angels de montecoraci». It is also sign of it in the 1114 donation, with which Sergio, said Lazzaro, child of (it misses), wanting to dress the monastic dress in the monastery of St. Archangel, he gave rebus to the same monastery « sancti angels, quod east constructum in montecoraci».

And here it is opportune to repeat that it has been really the similar name between the two churches, over the proximity, to determine the confusion in Braisi, in Di Meo, in the same Ventimiglia and and then in Mazziotti.Of the village, or better of his inhabitants, it is still news in a document of 1092, with which a certain Guarino offered to the abbot of Cava Pietro the church and the monastery of St. Archangel, a ground of him with the church of St. Nicola, granted from the prince Gisulfo II, in the Novella zone, among whose confine « rebus hominibus de monscoraci ". It is also sign of it in the diploma of the 1113 of Troisio of Sanseverino, represented by the militiaman Herbert that, in name and on behalf of Troisio, assigned to the prior of the monastery of the SS Trinity of Cava, Gaideleto, «homines et hereditate et terras " of ownership of it Troisio, possessed « in loco cilento et per fines et vocabula et casales et pertinentia ipsius loci».

Troisio also transferred to the monastery the 24 families living vassalles «in casale de montecorace et Zoppis», village, this last, currently fraction of Montecorice from which is 8 km. In the village there were also goods of three disappeared families that Herbert gave to the same prior. In to say of st. Archangel of Perdifurno I have also mentioned an unpublished document, XXII 80, March 29, VII, Salerno, where is sign of St. Angel and the local monastery « noviter east constructum ". In October 1157 certain Dino and Trots gave lands to the monastery of St. Archangel among whose the confine « rebus sancti angels ". In July of 1165 the prior Sebastiano of the monastery of St. Angel of Cilento and the abbot of Cava Marino purchased from a certain Giovanni, from his wife Maria and from other lands and forests «in loco qui dicitur corace» for «tarenos auri duodecim per pretio ".

In May of the 1167 Leonardo, « filius quondam mattheus vatturo ", with the consent of his father sold two lands to the monastery of Cava, « in loco ubi dicitur furnace " in Montecorice, the first one for the price of 168 tarìs and the other for 400. In the file of Cava there is also a document of a donation of Guglielmo of Sanseverino, child of Henry, which for the prior Giovanni de Verula of the monastery of St. Archangel of Cilento, offered in the April of 1170 to the monastery of Cava a land in Montecorace of Cilento «ubi terra de curia dicitur». In 1187, territory of the hamlet came so delimited: departing from the greenhouse that goes to Montecorice, the confine climbs to the vallone of the Storto, up to the street for Zoppi, develops for the street that goes to Fornelli near the church of S. Savior, comes down for the greenhouse up to the said place Sfatigati and up to the vallone of Montecorice, climbing then up to the suitable greenhouse as first border.

In the February 1257 the monastery of cava granted to Tipaldo and to Nicola, child of Giovanni of Damiani «de casale cosentino» the ground that was of Giovanni Primo and that is planted with trees «ubi propriae Atraro dicitur». News of St. Angel also in the Regestrum ab 'Thomae around amount of the due estates in 1259 to Castellabate (castle of St. Angel).

Guillaume annotates that in the monastery of St. Angel of Fornelli or Montecorace, founded before 1070 and given by the prince Gisulfo II in the Abbey, was not in possession of the Abbey anymore in 1876 and that is after the second assumption of the ecclesiastical goods. How much above it allows to situate the small monastery with great approssimation, and that is between the today's inhabited areas of Montecorice and Fornelli (distance among the two villages, today km' 7) and that is more aloft of Montecorice, toward said mountain of the crows «mons cilenti». In April of the 1353 the Abbey renewed the concession of a ground to Montecorice « ubi obedienties dicitur ".

In the document of April 16th 1362, with which the bishop of Capaccio, Tommaso of Santomagno, recognized the churches of jurisdiction of the Abbey of Cava, is news of church of St. Angel, but not of the hamlet owned by the abbey to say of Ventimiglia until 1367. Later, the village entered to belong to the barony of Rocca. It seems that was the family Capano of Montecorice that, for the fidelity to the family Sanseverino, got honors and feuds. King Ferrante granted then Montecorice, with Cannicchio and the underlying harbors, to Giovanni of Cunto. Ferdinando II in 1497 and Fred III in 1500, to succession of '' assumption to the revenue for betrayal of the goods of the Sanseverinos, directly did of the of Cunto a dependent vassal of Crowns.

In the Quinternionis it is news that the rustic feud of Novella was united to that one of Montecorace in 1551, when G. B. Albertino denounced the death of his father Francis, pouring relative for the feuds of Matonti and Montecorace. To the death of G. Battista, the widow, Victoria Azzia, guardian of the smaller child Francesco, revenges ( 1576) Matonti to Orlando Granito «factis legitimis subhastantionis in barony, et Mercato Cilento ". The result was given to the creditors of husband. To appeal then of the creditors of Victoria and the son Francis, in 1602 were set in sale to Thomas Littiero for ducats 10571, also the feuds of Montecorace and Novella.

These feuds, were sold then, (1606) to Giovanni Maria Galtiero, from which (17 December 1633) to the child Paul, and from this to his child Charles and, finally, from this to his nephew Giovanni that still possessed the feuds in 1675. To appeal of the creditors of him, the feuds were put in sale (20 November 1675) and awarded Oliviero of Montecorace to Savior, from which then to the family Jordan.

Notable reductions for plague of the 1656.Antonini signals only the name of the place, Gallants has 403 inhabitants, Alfano 273. Giustiniani situates the village in diocese of Capaccio on a hill of Stella mountain, 40 miles away from Salerno.