Padule, Padulo, Padula. Autonomous University until his elevation to Municipality. From Salerno km. 99. 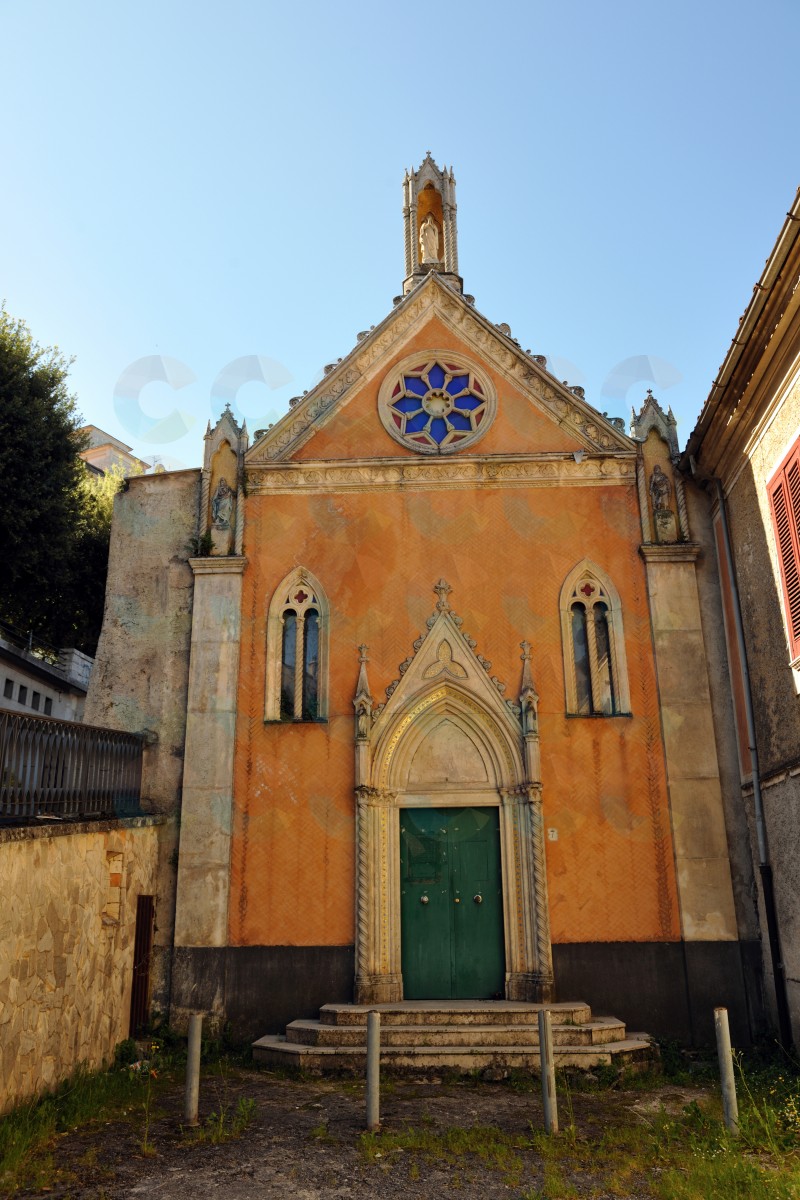 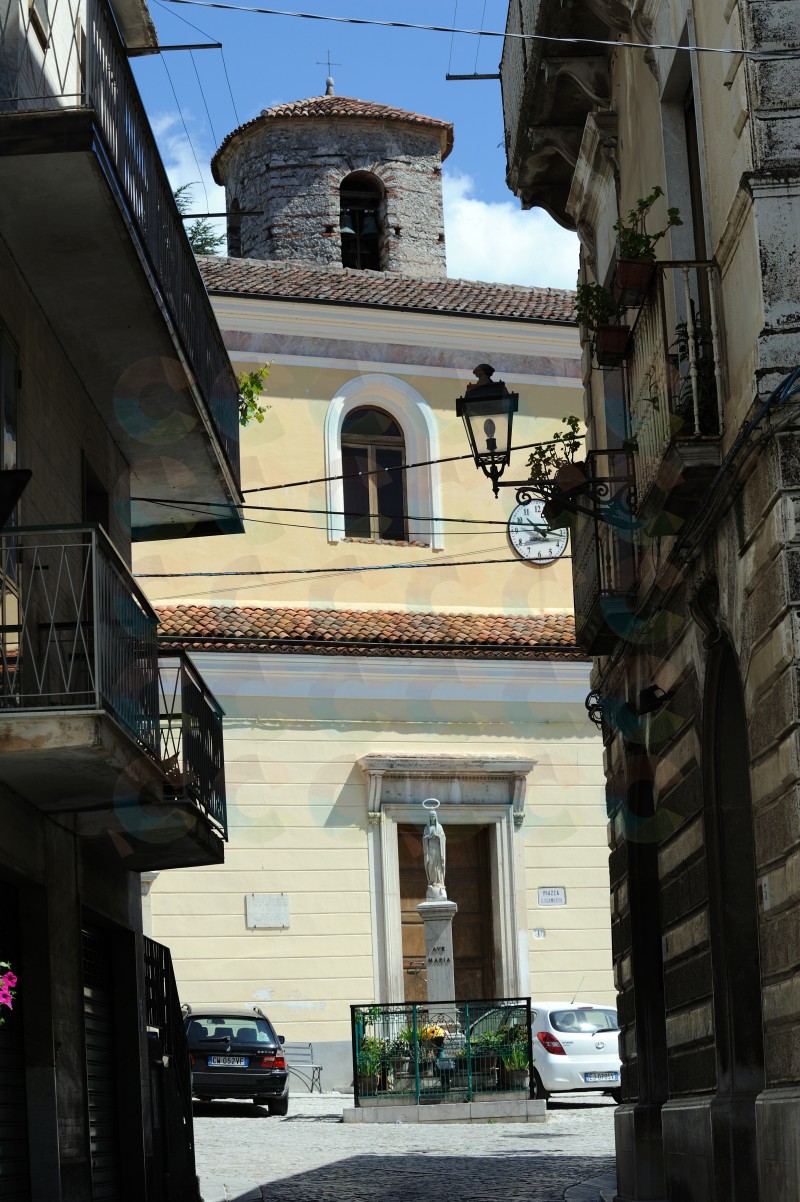 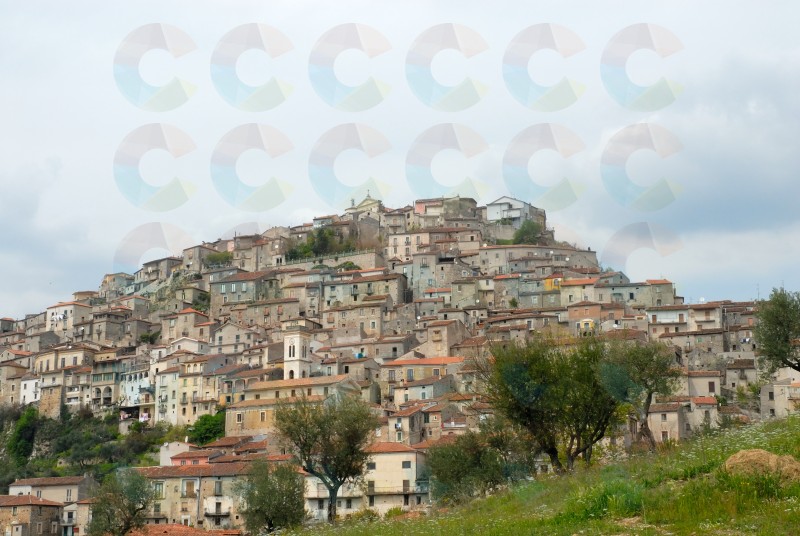 Even Padula, like other settlements of the Valley Tanagro (Sala, Teggiano, Atena, Polla and Perth), placed on hills, was inhabited in the Archaic period. On the ruins of an old building discovered near the Certosa already had investigated Patroni.

The highlands overlooking the Certosa were highlighted burial greek-italioti of VI-V century BC with rich grave (figurative pottery and bronze) that indicate the great function of the economic-commercial Valley Tanagro which domestic agriculture and livestock of Ancient Greece. It has been said of the important exchanges of the local inhabitants with poleis of the Ionian side (Siri) and Pixous Velia and the Tyrrhenian Sea, as well as the festival of San Cipriano of which gave us an effective description Cassiodorus.

The oldest document about Padula, exists in the abbey of Cava, is the 1086: Hugh of Avena donates to the monastery of Cava, along with the monasteries of St. John of Layta, at the castle of Mercury, and St. Simeon Montesano, the monastery of St. Nicholas of Padula, with all their dependencies.In the archive of Cava are not other documents concerning Padula about Lombard, Norman and Swabian age.

News of Padula are in a document of Gisulfo II which gives lands and fields called «Candelaria de padule » to the abbot of the monastery of the Salvatore Giovanni in Napols. Dated to 1213 is onother one document: Gisulfo of Sanseverino donates to the monastery of Montevergine the small monastery of San Lorenzo in Padula.Are different, however, the news we have received over the area in the Angevin age. Dated to 1269 is an order to the executioner of the Principality of Benevento to send 40 horsemen in Romagna, among them Nicola Tortorella from Padula which had to prepare the fifth part of a soldier. In the same year the news of two «servientes » of the University with a horse.About 1300 are numerous documents preserved in Cava (bottom Certosa).

First prior of the Monastery was Giovan Tommaso Da Vico from Trisulti, who came to Padula with six monks. In 1311 the bishop of Capaccio, Giovanni della Porta, exempted from its jurisdiction the monastery of San Lorenzo, one of the oldest in Italy. With a diploma from Quisisana of July 7, 1332, King Robert put it under his personal protection the monastery with all his possessions. Charles III of Durazzo besieged Padula in 1383 because he did not want to recognize it.

King Ladislaus besieged Padula for over a year, until Monterano escaped.In the Aragonese age is learned that the monastery of San Lorenzo had to give a tarì and that the notary Silvestro from Padula had give four tarì. In 1400 Amerigo Sanseverino was lord of Laurino and Padula. In February 27, 1433 he was appointed by King Alfonso of Aragon Count of Capaccio. He was succeeded by Antonello and then William, who still possessed those feuds in 1486 and which were removed for participating in the conspiracy of the barons. These goods were then returned to the Sanseverino after the Franco-Spanish of Lyon (31 January 1504).

Meanwhile William had died without male heirs. Fearing that the goods could end up in the hands of others, Roberto Sanseverino got to buy them with Berardino of Sanseverino of Bisignano. Roberto, with Capaccio, Trentinara and other possessions, also owned Laurino and Padula.The succession of the feudal lords of Padula, until the monastery of San Lorenzo (1645), is detected by the statutes.

It should be mentioned that Buonabitacolo was in the land of Padula, which followed the fortunes of the various feudal passages. In May 11, 1504, Captain Consalvo of Cordova, from Castelnuovo of Naples, on behalf of the Catholic Ferdinand and Queen Isabella, granted Padula and Buonabitacolo to Antonio Cardona. Bernardo Villamari, Count of Capaccio and admiral, was guardian of Maria Cardona, Marchioness of Padula and Countess of Avellino in 1515.

The protection of Marchesa di Padula then passed to the Countess and Susanna Gonzaga Marquis Ferdinando d'Avalos, Marquis of Pescara. Susanna was the wife of Peter of Cardona, Antonio's brother, Lord of Casalbuono and Rivello. Maria Cardona married the brother of the Duke of Ferrara, Francesco d'Este. Thanks to Mary, he took the title of Marquis of Padula. Maria was still alive in 1556, as can be seen from the great bell of the church of San Francesco di Padula.

Maria had no heirs, so Padula returned to the taxman. In 1564 it was purchased by Nicholas Grimaldi, Prince of Salerno, with Capaccio and Altavilla.Cesare d'Avalos of Aragon in 1578 obtained from the Royal Court the «ius luendi » (repurchase) of different lands for the nominee. Caesar appointed Prince Grimaldi for Capaccio and Altavilla and kept Padula for him.

In 1603 Cesare d'Avalos sold Padula and Buonabitacolo for 62,000 ducats to John Jerome de Ponte, who instituted heir Vincent de Ponte, Marcantonio’son, president of the Holy Royal Council, his cousin, on condition that married the eldest daughter of Horace de Ponte, Marquis of Padula. Giovanni Francesco de Ponte bought the two fiefs in 1605 by his brother Jerome for 62000 ducats without covenant of repurchase.

The son GianFrancesco married twice and, at 72 years old, a widower, became monk and priest. He died in 1616. Gian Francesco married Catherine de 'Medici, which he obtained from the father Padula and Buonabitacolo. The sale was made for debts of the Marquis Gian Francesco. Horace de Ponte had fiefs four years after his marriage to Catherine. But Horace had already obtained from Philip III the title of Marquis of Padula. Horace died, Catherine married Troiano Caracciolo, Prince of Newfoundland. Felice, eldest son of Horace, denounced his father's death, which occurred August 20, 1615, only in August 22, 1616.

Six years after the death of his father, Felice deposed the Marquis of Padula (1621) in favor of his sister Agnes. In 1632 the last lord of Padula was Innico Diego Avalos of Aragon.Giustiniani places the village 50 miles from Salerno, on a hill to the right of Tanagro.He assigns the real estate to the monastery of San Lorenzo Carthusians.

Last sunday of may

Padula in the Feast for Charles V and 1000 Egg Frying