Centula, Centola. Hamlet of S. Severino of Camerota up to 1529, according to Antonini. Autonomous university and then chief town of municipality (L. 8 August 1806). From Salerno km. 128. 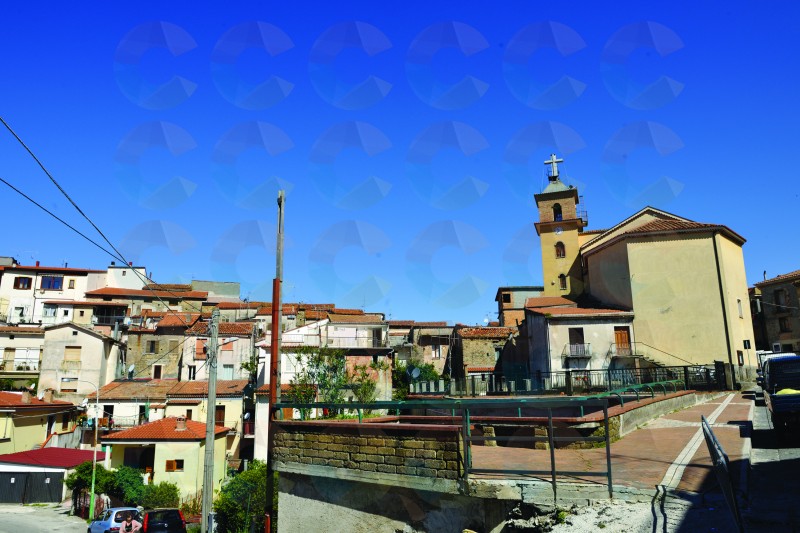 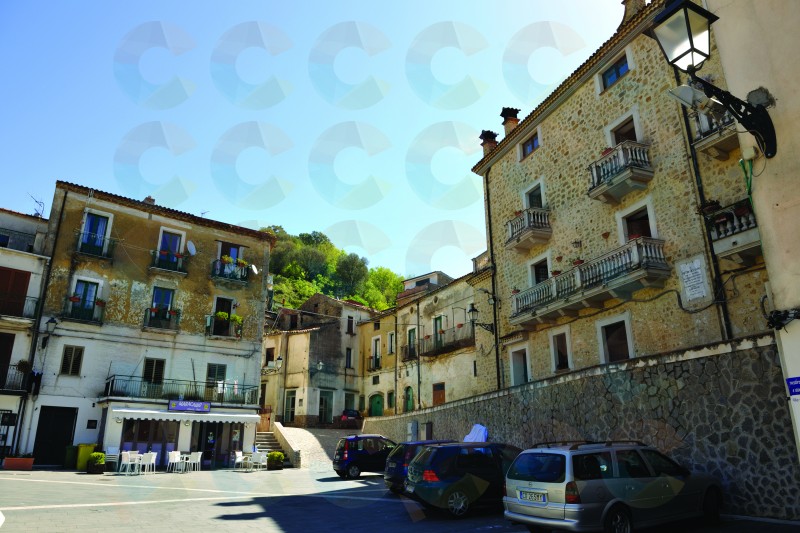 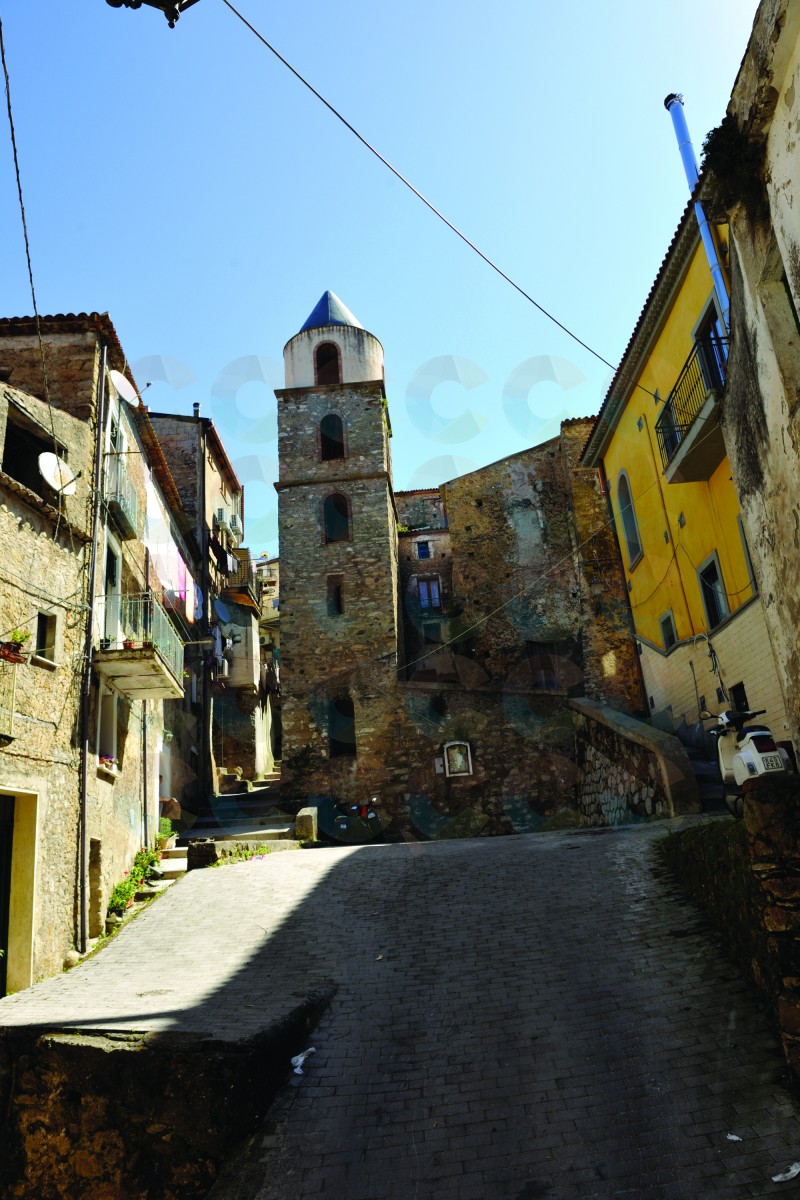 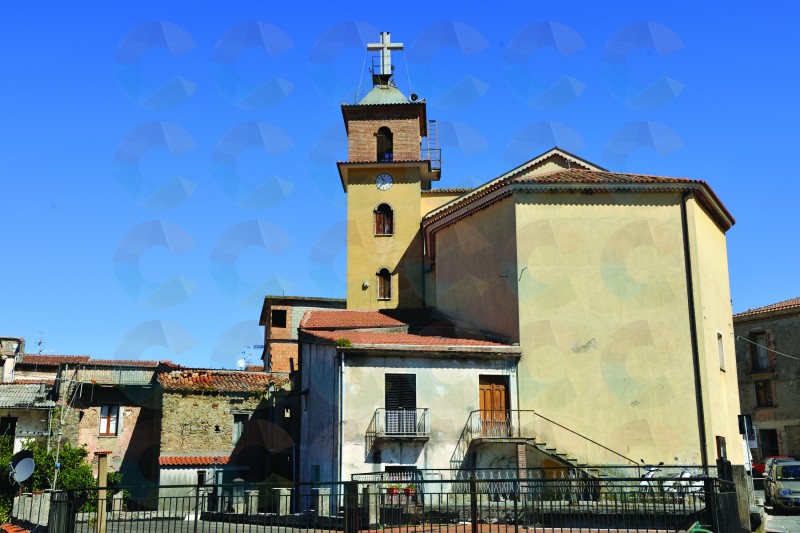 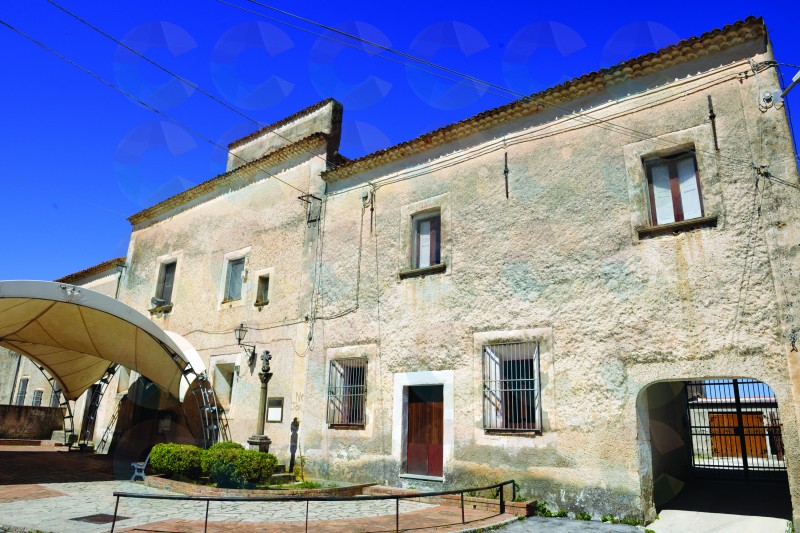 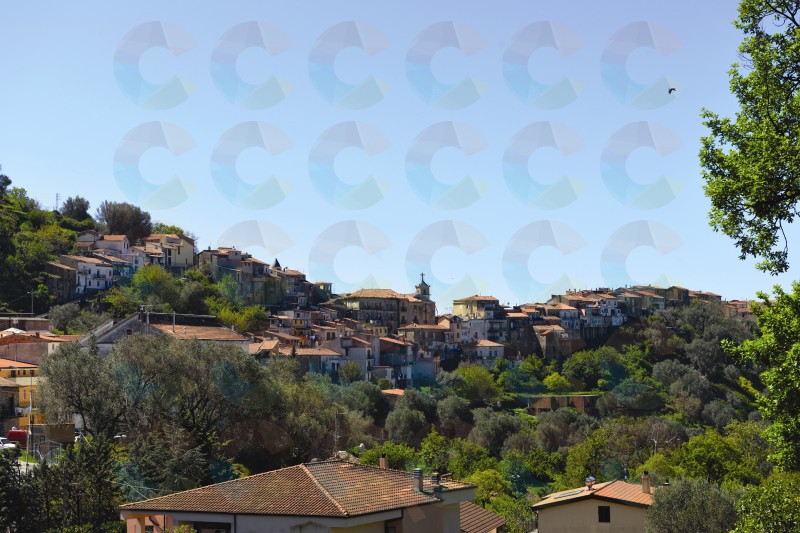 Antonini remembers the legend of the centurion that with its one hundred men established himself there to the times of Belisario and after the first destruction of Molpa.

The village was still magnified after the last destruction of Molpa (1464), but we don't know if the village was built after the arrival of the italo-Greek monks that built, to north of the street for S. Severino, the note abbey of St. Mary. As he told in this church was still celebrated with Greek rite before 1458, while the abbey after few passed in commend. Antonini, that assures that to his times the abbey was still in commend, speaks about a donation that Ruggiero from Sanseverino made to the monastery of St. Mary of Centola in 1086.

In 1456 Casaletto, Capizzo and Centola belonged to the brothers Carlo and Antonio Di Sangro, that obtained the feuds after the death of their father Paolo. In 1532, the king invested Sigismondo of Sangro, for the death of his father Alfonso, of the aforesaid hamlets, with all of their rights, jurisdictions and mixed imperio and knowledge of the first causes.

The compiler of the Quinternionis held to signal that the aforesaid hamlets lived « iure Longobardorum ». In the Cedolorio Capizzo, Casaletto and Centola resulted taxed to Ippolita of Sangro. In the 1603 Maria Rosso, secular in capillis, daughter of Ascanio Rosso, gave the feud to uncle Mario Rosso. In the 1622 Fulvia Scondito alienated Centola, free, for Domenico Pappacoda, lord of Pisciotta for 12 thousand ducats. Marquis's title on the land of Pisciotta had been granted to Caesar Pappacoda on October 7 th,1617 and the title of prince of Centola to Domenico Pappacoda in 1666.

For succession from his father Joseph, after his brother Savior Francis (m. 6 April 1744), the titles of prince of Centola, marquis of Pisciotta and the feuds of Cuccaro, Futani, Molpa and S. Serio, without title, with the criminal jurisdiction of Abatemarco, passed to Giovanni Pappacoda. Last owner, Giovanna married Giovan Charles Doria prince of Angri. Titles and feuds came so transmitted to their child Marcantonio. From him, lacking heirs of the first-born of Giovan Carlo, they passed to the the second son Francis (15 October 1798 ms. 9 May 1874).

Antonini distinguishes the Sanseverinos of Cilento, that would have taken the name from the village of S. Severino of Camerota, now of Centola, from the Sanseverinos of S. Severino Rota. Centola is situated by Antonini on a hill and up to the 1529 it was hamlet of Sanseverino, feud dismembered after the last destruction of Molpa (1464). A little far it was a monastery and to half mile, on the street for Sanseverino, was the ancient abbey, to its times commend, that had the spiritual jurisdiction on the village opposed by the bishop of Capaccio.

In the church they believed that the body of St. Ricario was buried, infact, in 1593 the abbot Guarini made to perform excavations under the greatest altar. The error in which fell both the cardinal Bessarione that the Ughelli is due to the omonimia with Centola of France, where the sacred rests are preserved. Giustiniani sets Centola 32 miles away from Salerno and 3 miles away from the sea of Palinuro, on a hill with surrounding grounds (wheat, wine, oil, fruit).

Drawing from Antonini of it he also remembers the legend of the centurion that went to temporarily settle there to the times of Belisario and the first one and the second destruction of Molpa. Volpi writes about it in the controversy among the bishops of Capaccio and the priests of Centola, which refused to receive from the bishop Tommaso Carafa (1639 -1664) the faculty to administer the sacraments affirming that they were kept to receive it from the abbot, ordinary place.