Pellero, Pellera, Pelleri, (the Pellare and Peddare in dialectal forms), pillar. Autonomous University until its aggregation to Moio (1 km). Seat of the municipality of Moio of Civitella. From Salerno Km. 90. 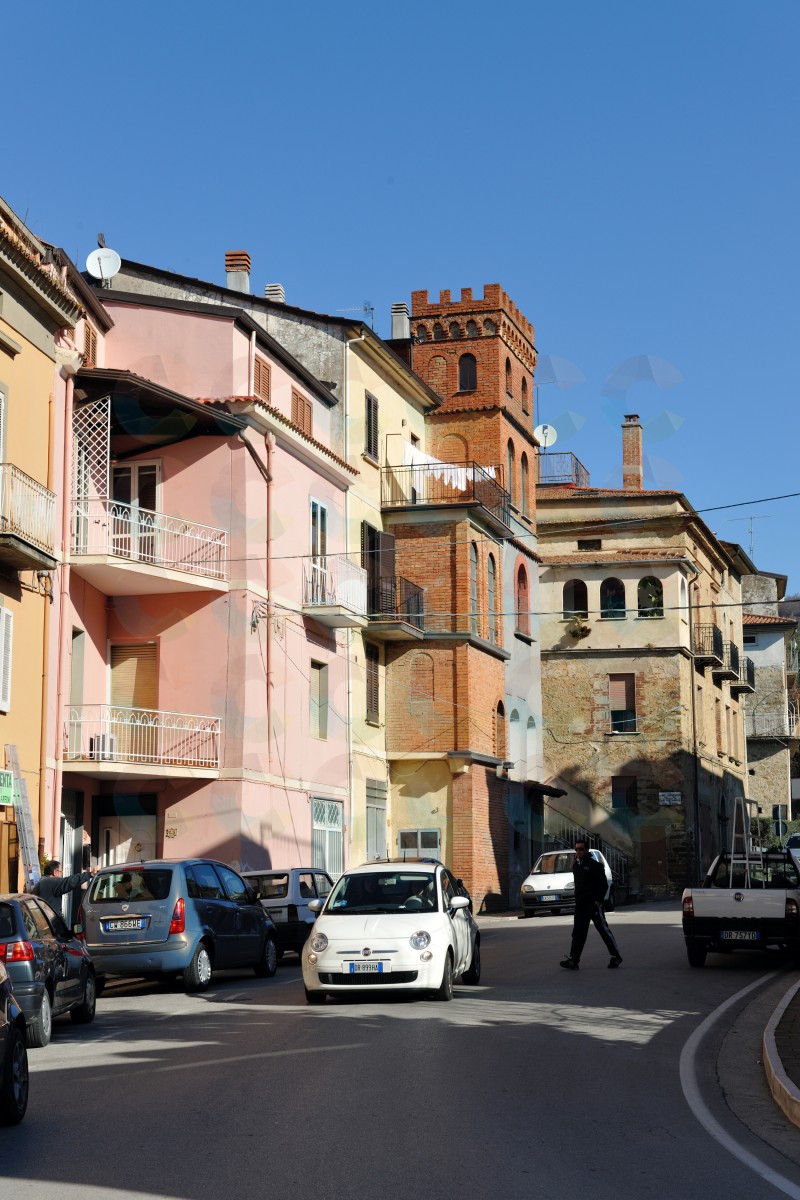 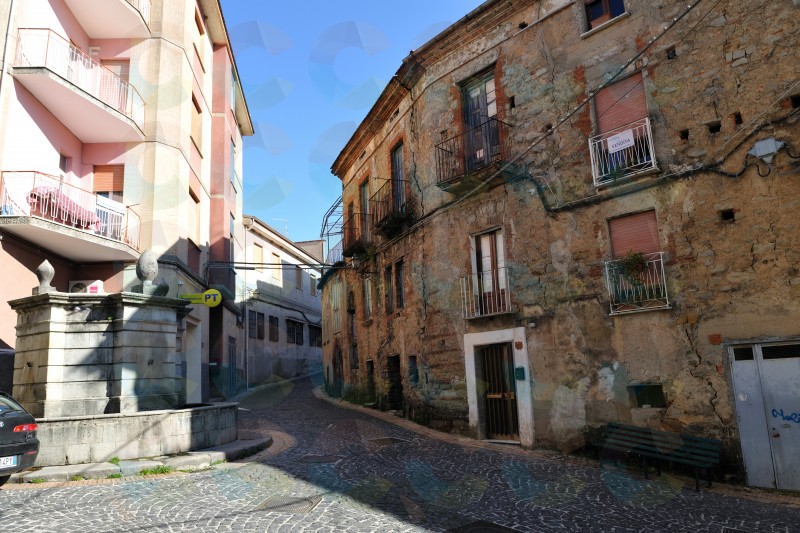 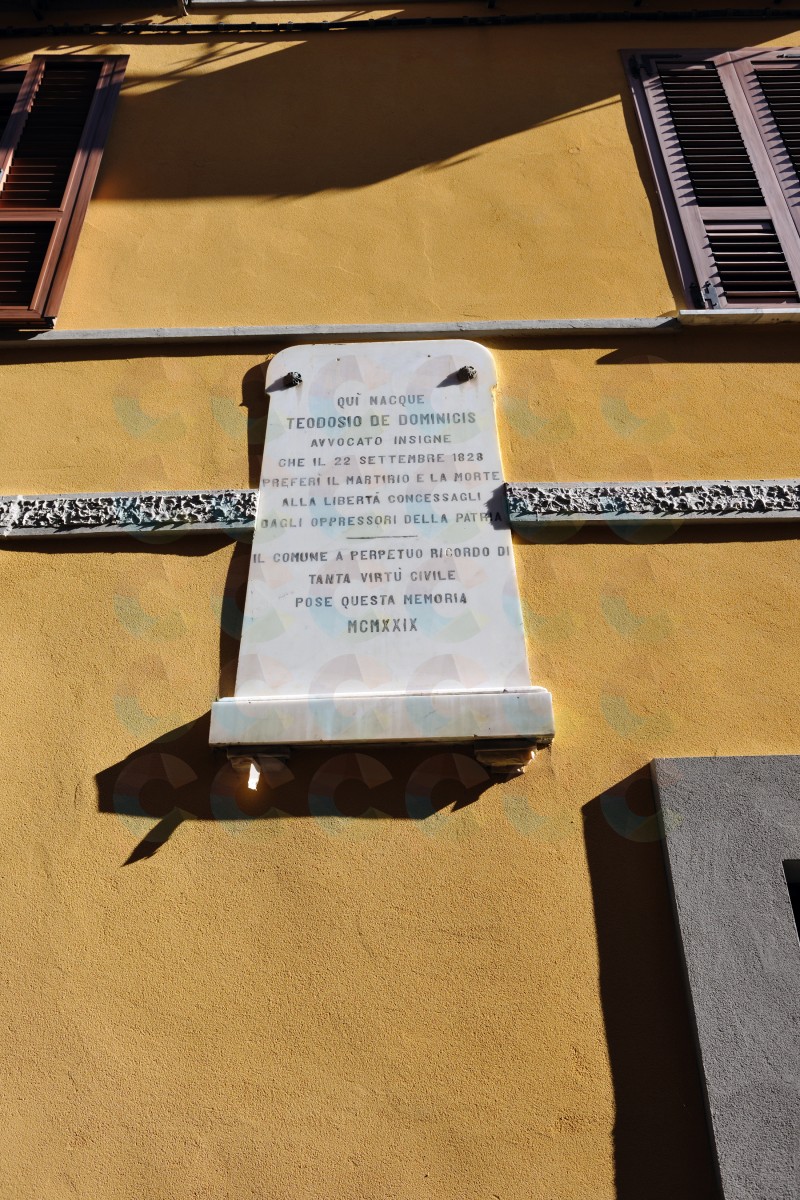 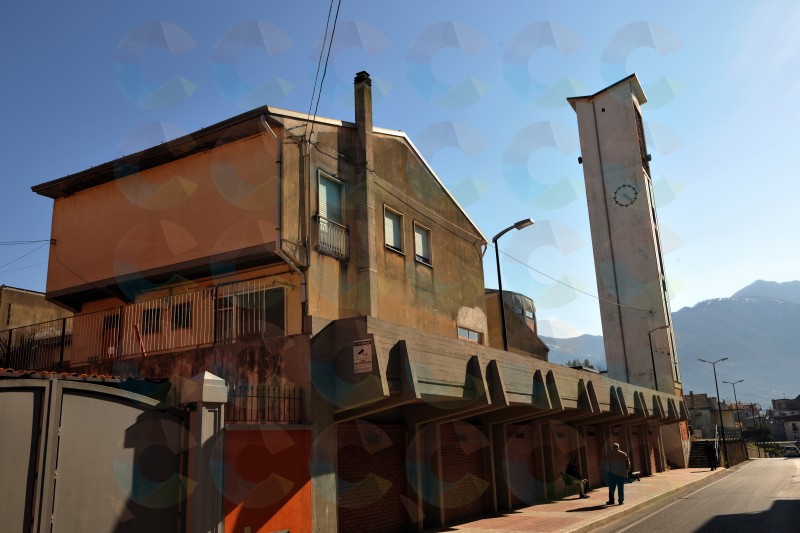 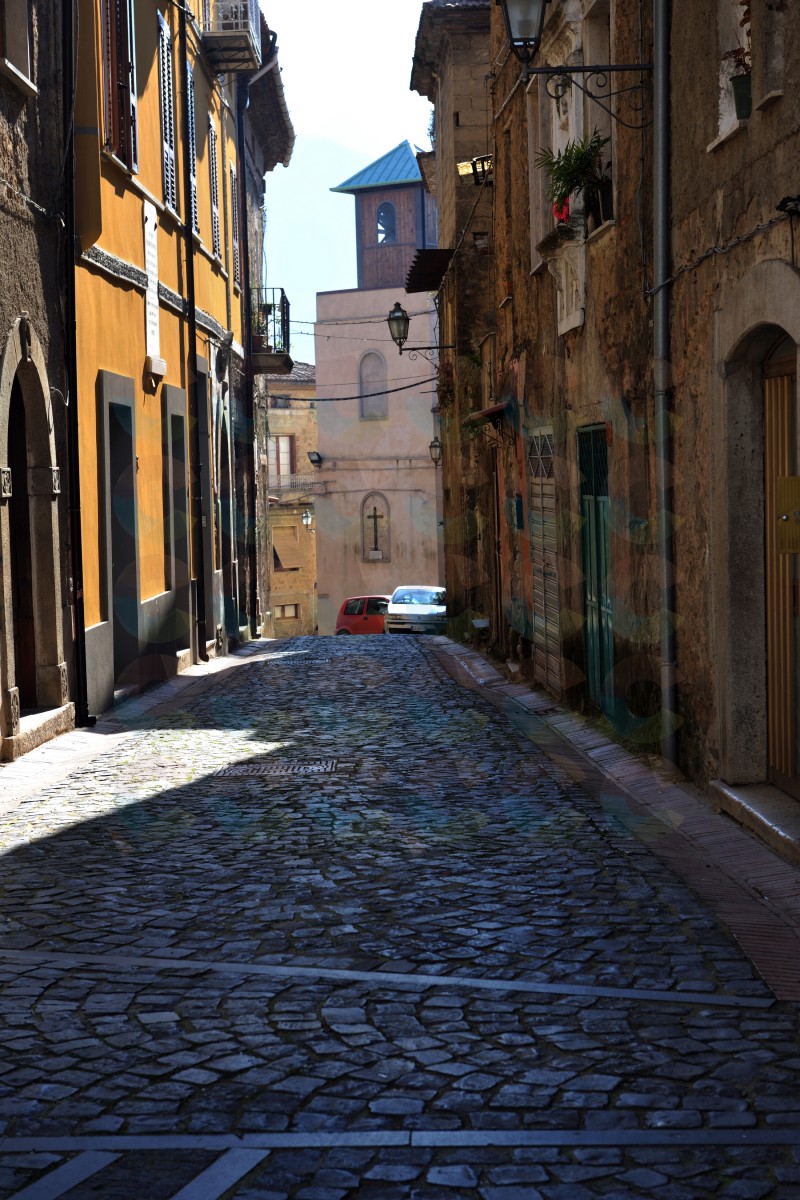 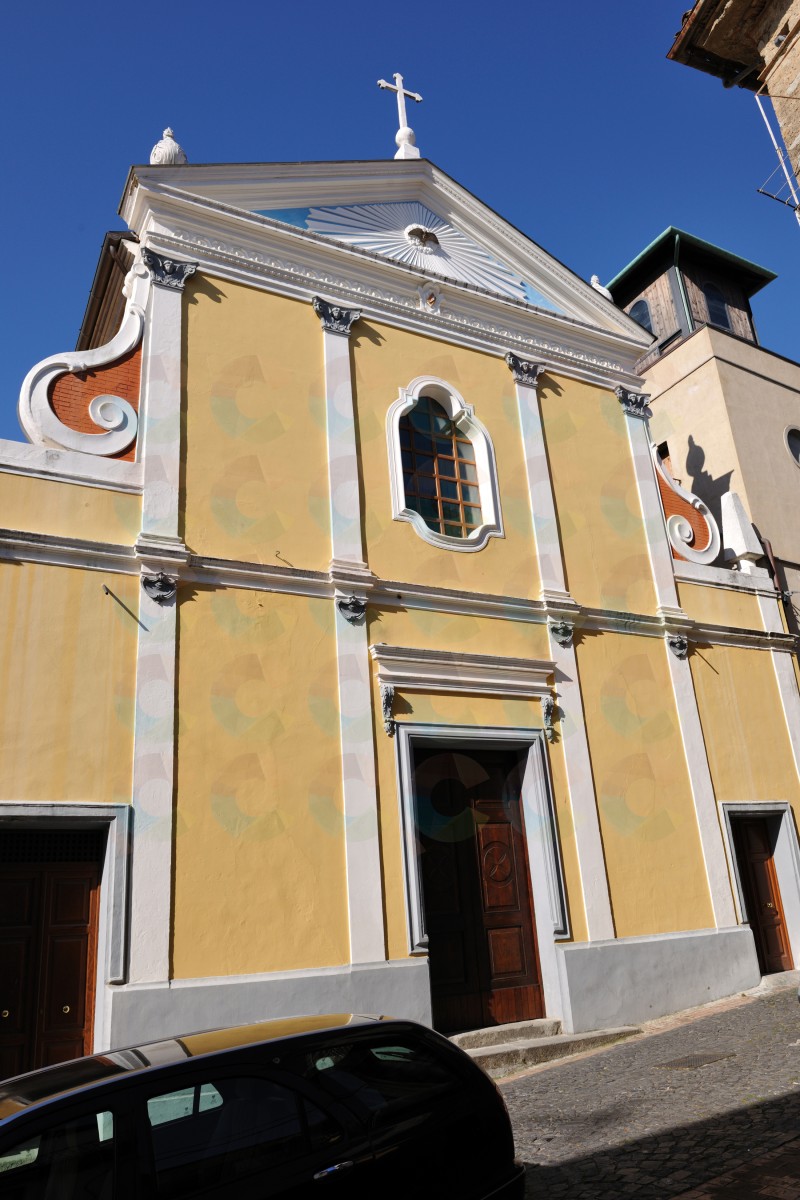 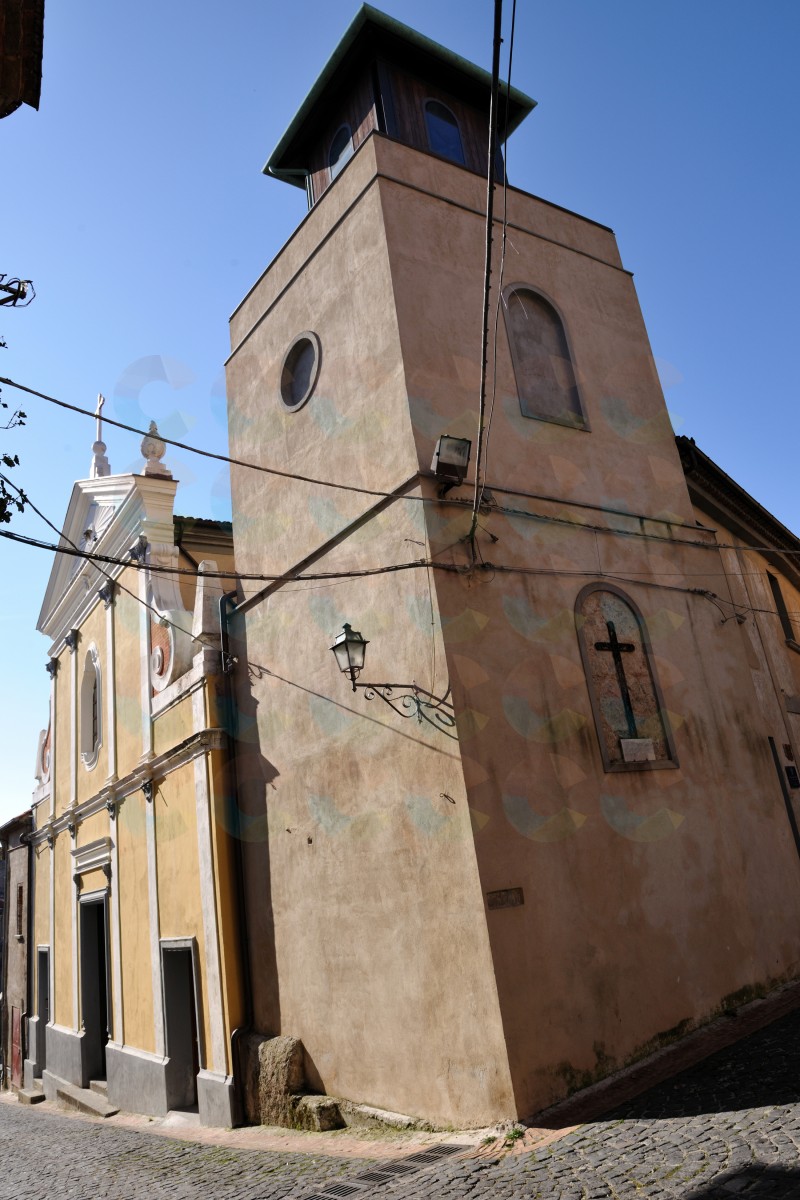 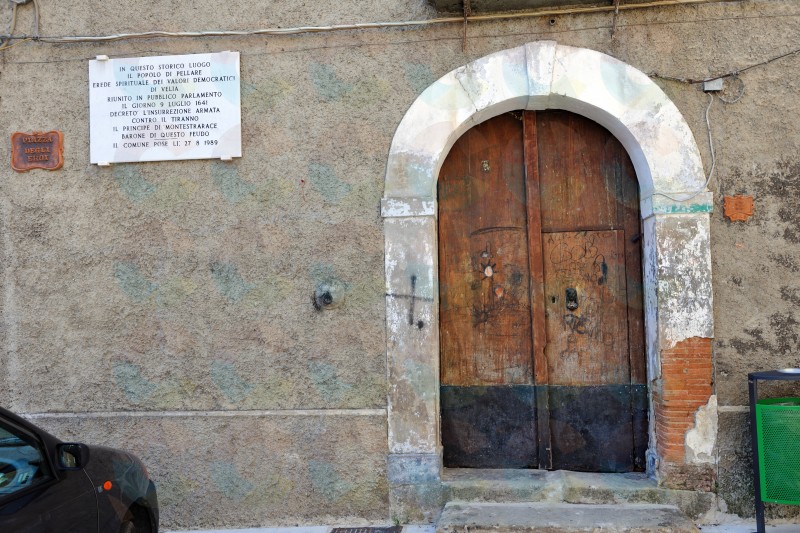 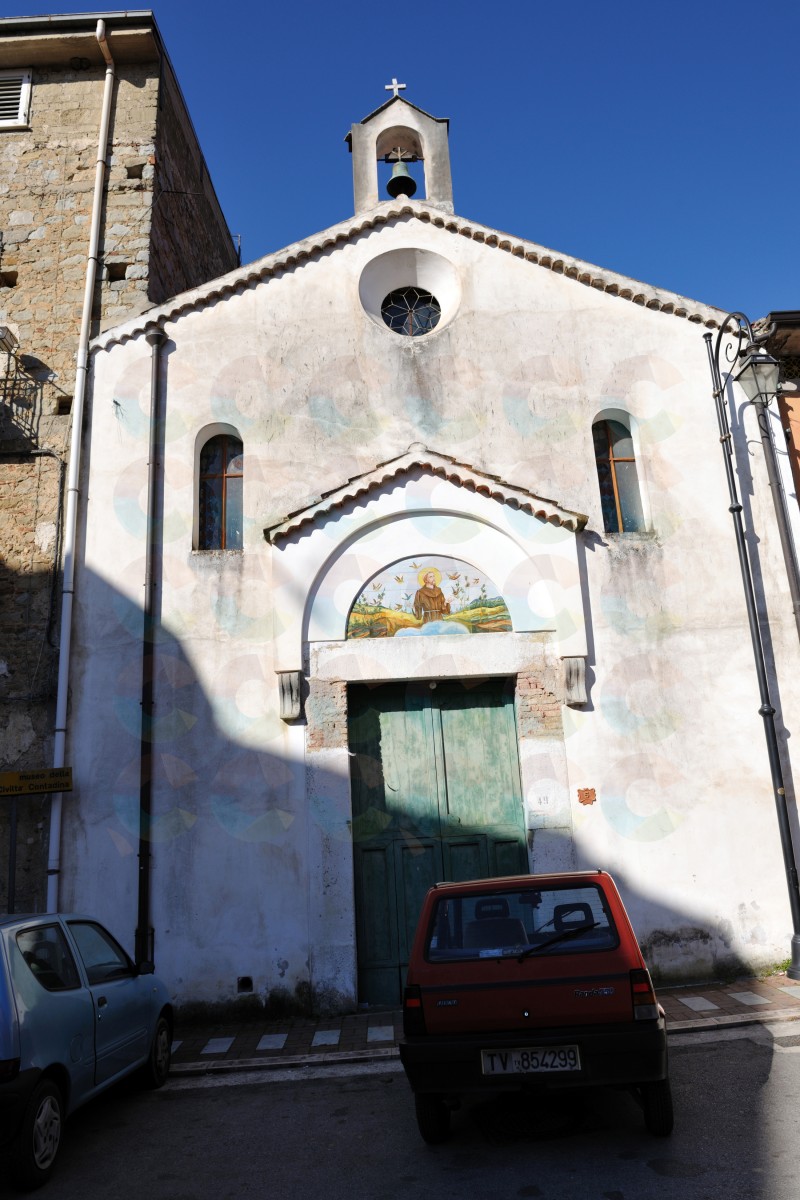 Pellare, perhaps contemporary with Mojo, was probably founded byfamilies eponymous Pellaro from Calabria, arrived in the territory in towof Italian-Greek monks who certainly introduced the cult of St. Bar-tolomeo which was dedicated to the village church.

The saint was veneratedby those monks, as we have seen.In the area of Pellare and Moio, the abbey ofPattano owned land and an olive grove that the Hegumen Elijah, tohalf of the fifteenth century, gave way to his relatives residing in Moio.

The first news we have received on Pellare are contained in the diploma1186 William IV de Mannia, which, in defining the boundaries ofthe monastery of St. Marina de lo Grasso already donated to the Abbey of Cava, told also about the stream 'lu Pellaru dicitur », one of tributaries River flowing to the left of the late monastery of St. Marina and the remains of the ancient abbey of St. Mary of Pattano.

By Notamenti to Directories we learn that in 1487, Pellare withthe hamlets of Perito and Postiglione, belonged to the family de Guarino.With the death of Antonio de Constance and John Guarino, King Ferranteappropriated those assets to the crown then reselling for 3ooo ducats to Peterde Guarino. These houses after the death of Peter de Guarino passedin 1504, to his son Antonio.In 1533 Marcantonio de Guarino sold, with the stipulation of the re-shooting, the three houses for a total of 3700 ducats to Isabella Guidana.

The right to redeem shares was then sold by Emilio de Guarino Fabrizio de Guarino.It is not known precisely what rights boasted Berengario Carrafa of Pellare and Peritowhich in 1508 had reconstituted the ancient barony ofNovi then passed to Monteleone.

In 1614, however, it was sold toGiacomo Zattara, that the duke Ettore, shortly after, taking advantage of the clauseonly redemption, bought back by pulling « Land of Gioi with agreement ofHer Majesty ».In 1641 the Monteleone, repossessed the barony, sold Pellare to D. Giuseppe.Galeota, Prince of Monestarace, whichhad purchased the entire ancient feudal large complex.

When, however,the court of Novi went to Pellare to possess it, the whole population, including the priests Domenico Troncone, Camillo PalladinoDomenico Antonio Luongo, rose up armed with guns, axes, bill hooksand sticks.For the participation of the abovementioned priests came to riotThen set up a regular procedure before the bishop's of Novi,which fortunately received deposition of A. Perrelli of Spio: «We this morning, July 9, 1641, went thirty people on horse, walking in the hamlet of Pellare to take possession in thosein the name of the Prince of Montestarace, et going to thatfarmhouse we have discovered people armed, and we came back to the convent ofSt. Francis of Zoccolanti, and there came many peoplesaying: Go away for God, if not you all will be cut in a lot of pieces ».

On July 10, the baronial court sent to Pellare nine peopleto arrest the ringleaders of the revolt, which, however, had taken tostain. On subsequent events do not have news.It is certain, however, that the village was continually held by Pignatelli who had built a high a cylindrical tower re-produced in the seal. In '700, as Volpi informs, the hamlet was inpossession of D. Ferdinand, Prince of Strongoli, whose family wasfeudal until the abolition of feudalism.Giustiniani places the foundation of the hamlet in the late period since «it was first a place destined forleather tanning, and then this industry that was introduced in Novi, had made there completely divest.»

Giustiniani observes that a «time this land was larger,but the plague of 1656 destroyed it, as there were about 30 people,who in 1669 went up to 150 and then gradually grew to reachedgere 600 inhabitants in early of '800.