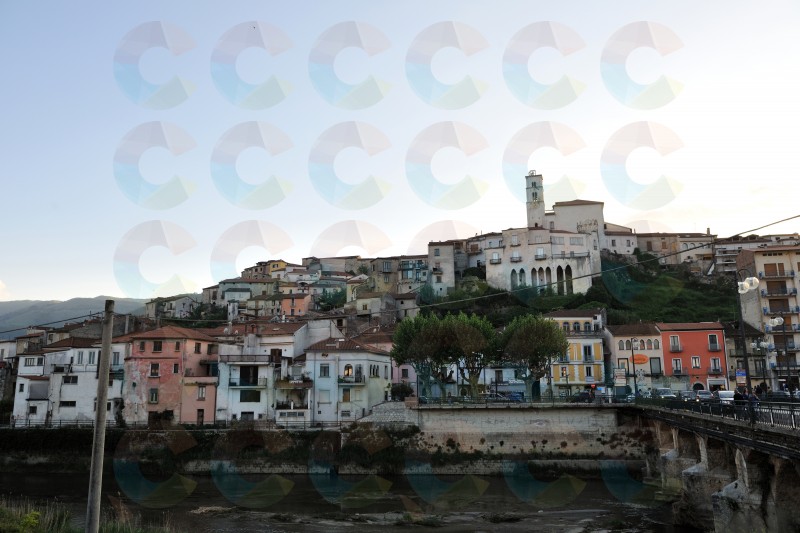 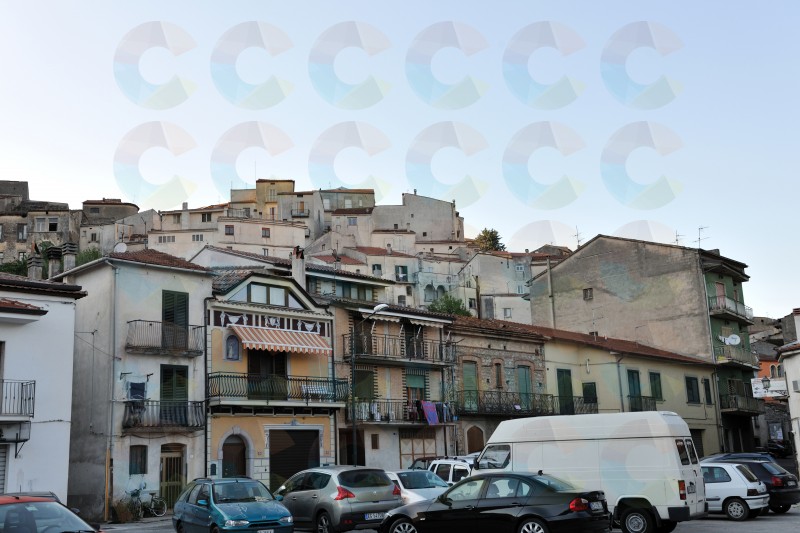 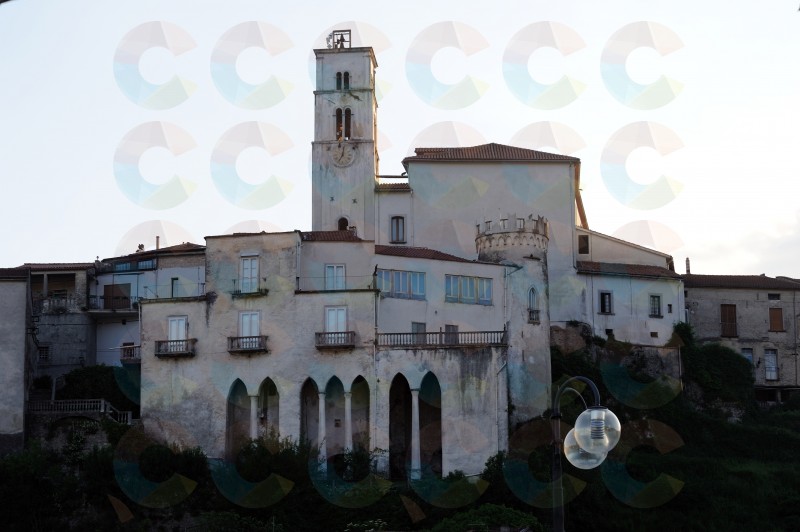 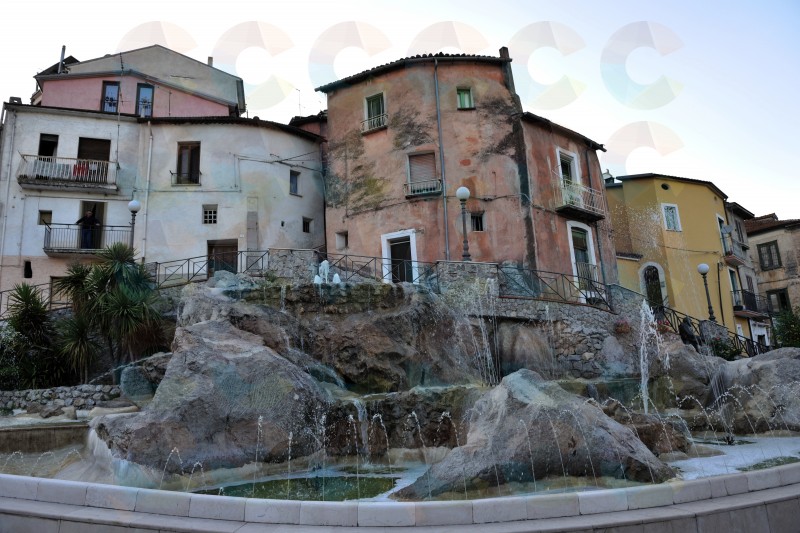 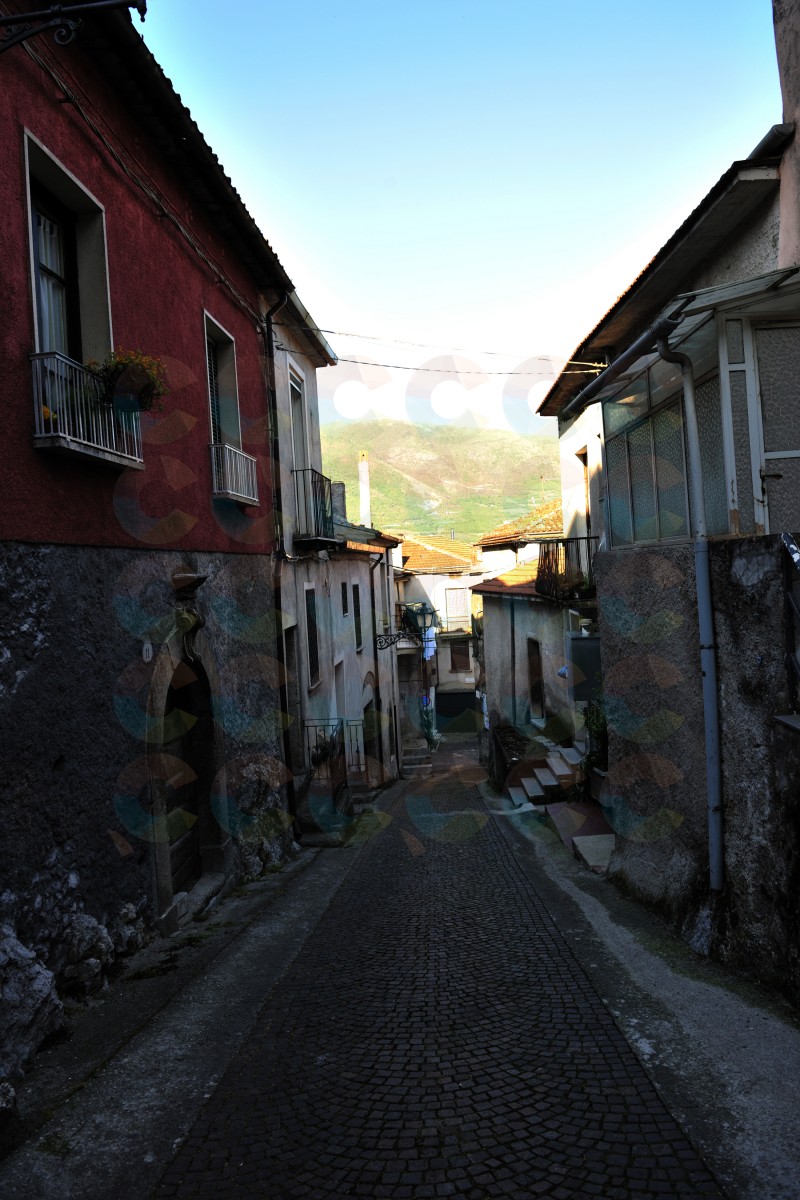 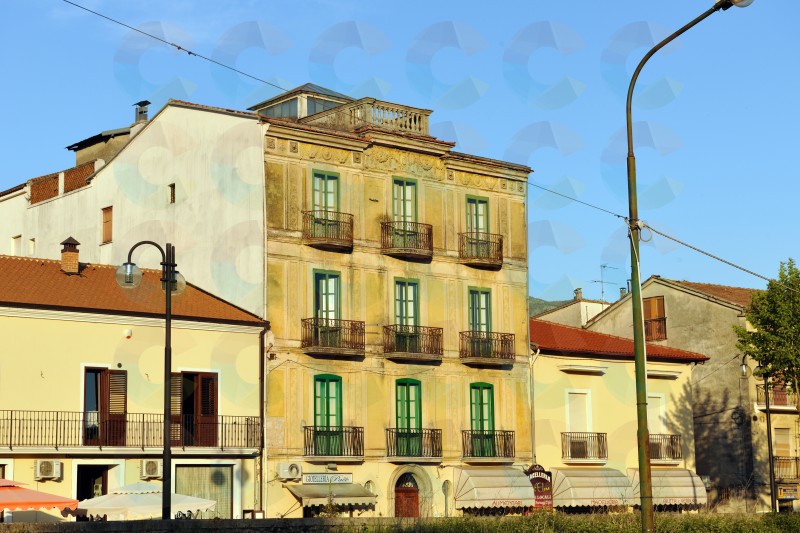 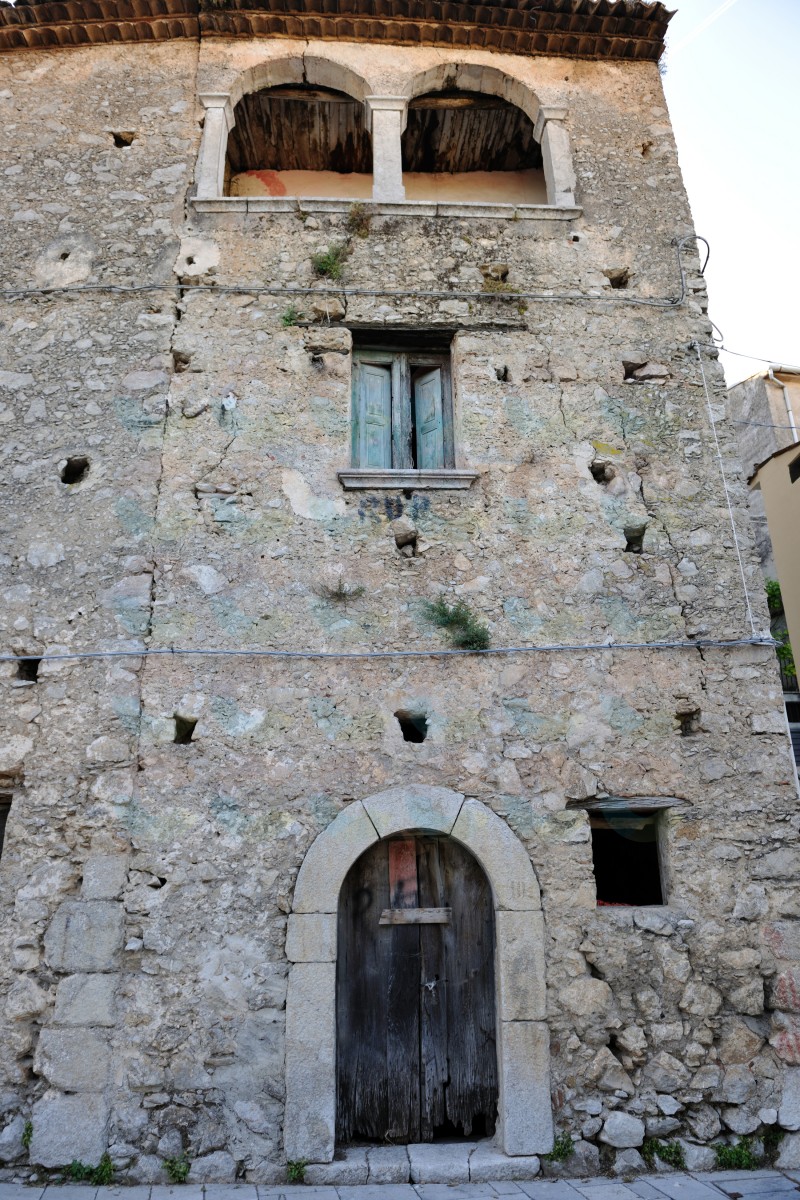 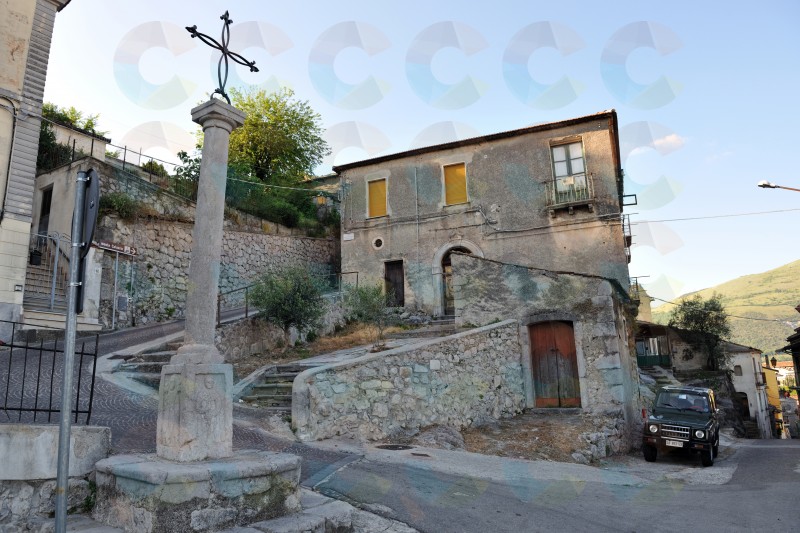 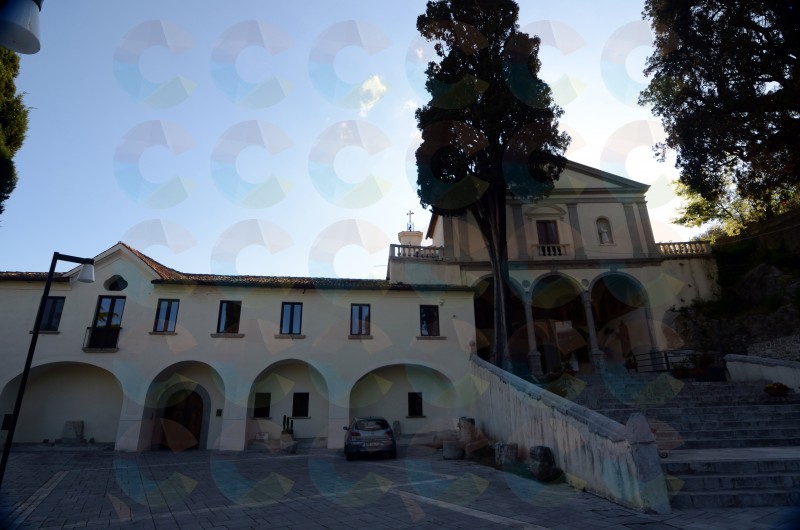 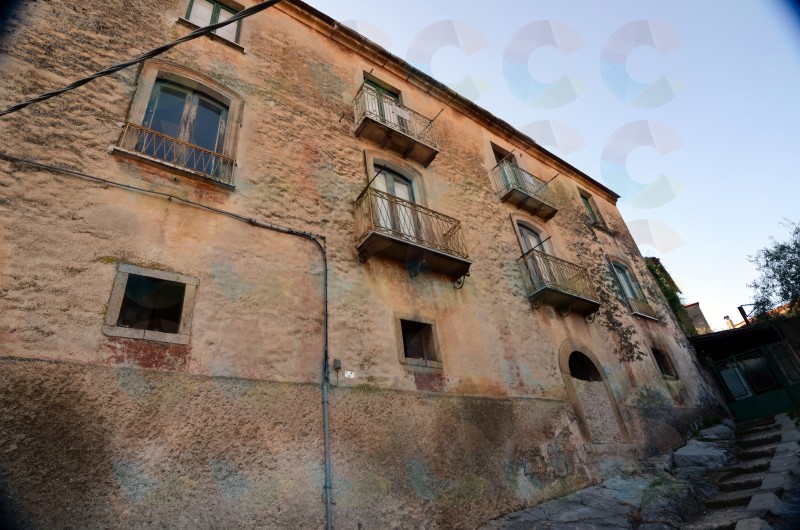 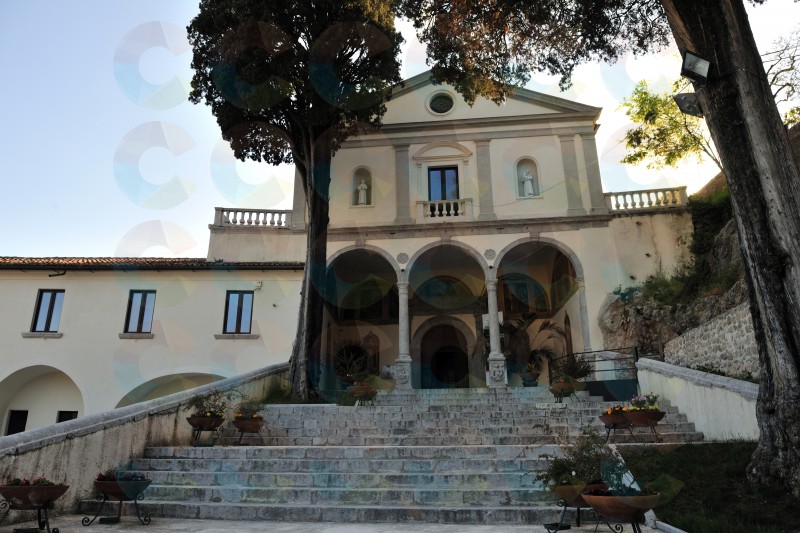 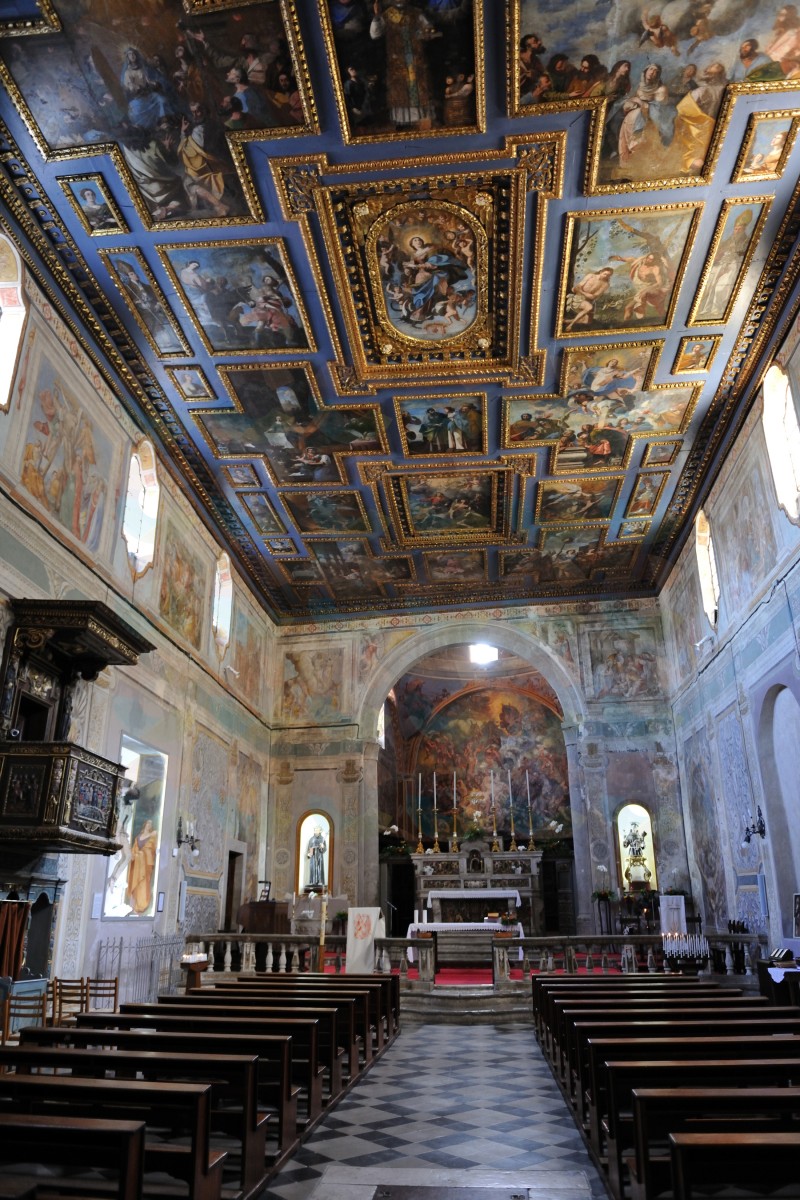 The walled town of Polla, at the entrance of Tanagro Valley, has often paid very dearly for its strategic location. Polla is the place where, along the unpaved Roman road from Capuato Reggio, was built in 153 BC a forum with «caupona et hospitia » (Taverns and inns).

The most important market area, where in131 BC a commission of «tres viri », headed by G.S. Gracchus, divided the land. Near the forum, still flourishing at the time of Cassiodoro, was Marcellianum, seat of the diocese, of which are still visible the remains of the early Christian baptistery to running water, of which wroteeven a powerful minister of two kings.

There are rich fishing waters, 'pro reverentia loci', that make the place more charming. It revived the ancient mystical greatness decades ago, when it wasdiscovered and illustrated by V. Bracco.Maybe the village suffered a lot for the gang of barbarians, the Byzantine armies and, not least,for the hordes of Zotone that raked belt reserves of labors of some men.

That is explained by its position, the fertility of its grounds and the hard work of the inhabitants. Important for the territory was the arrival of the Italian-Greek religious, which is testimony in the churches that for centuries carry titles that remind them and whose ritual continued to be practiced even in the '500. The first written survived are dated to eleventh century.

Since diploma of Asclittino, one of the faithful of the count of the Principality, which had married Sighelgaita cousin, daughter of the Earl of Capaccio and Corneto, brother of Guaimario V (IV). With this degree Asclittino, Earl ofSicignano and lord of the castle of Polla, granted to the abbot of CavaPeter from Salerno the monastery of St. Peter in Polla with the church and its dependencies.

Monatery already flourishing at the time, so it is to admit that it had been founded at least in the X century by Italian-Greek religious. From a document reported by Bracco, it is noted thatPolla in 1091passed to William Trina, «alias tribinea ».A diploma of 1104 informs that in the period was lord of Po1la Tancredi of Altavilla.

Despite to the news by the aforementioned document, the feudal lord who succeeded toTancred was not Robert, but Guglielmo Montescaglioso, lord also of Burgenzia, as confirms another degree notarized precisely there. Roberto was the lord of Polla in 1137, as can be seen from a subsequent diploma awarded to Polla in September of that year. In 1165 was lord of Polla William of Tribina, which, with his wife Theodora, donated a land in locations Rustiliano to the Abbey.

From «Catalogus baronum » we learn of a «Dominus Guilielmus» of Polla in 1187 and of other five soldiers from there. In 1228's news of Clarizia, sister of the presaid William, and then (1231) of Thomas, son of William and Sibilia and Theodora, wife of Landulf of Fasanella, lady of Polla.

An authoritarian woman who tried repeatedly to oust the Abbey of Cava from his fief of St. Peter. In 1231 it was agreed among the contenders that the feudal would no longer harassedthe population of St. Peter, from which was limited to demand«Duas operas ad zappandum et duas ad metendum », while gave toAbbot Balsamo, receiving, however, two ounces of gold, the right to build a mill along the river. In 1245 it seems that the emperor had granted Polla to Ulcone Germano, then driven away from the feud in 1265.

In Angevin age King Charles returned the barony (it was fell underEmperor after the note conspiracy) to Pandolfo Fasanella and then(1269-1270) granted Polla to Matthew Fasanella, who broke away fromPolla (1270) the hamlet of St. Anthony of Arata giving it, whichnoble feud, to Ruggiero of Polla. In the same year 1270 King Charles arranged for the reconstruction of the bridge in the place called Tallata, collapsed from the flooding river.

After the death of Matthew of Fasanella, «absque legitimis Liberis», the fief of Polla (Lapolle) returned to the curia by order of the king. In 1272 the estate was grantedto Angaraimo (also Yncaraimo) of Summerosa, who tried to seize the fief of St. Peter.

From a letter to King Charles it learns of recognition to the inhabitants of the estate of S. Peter to draw water from the source of the village, fishing in river and access to pastures with animals whose feudal lordwas trying to seize. During the Angevin-Aragonese war, Polla passed (1291) to Thomas Sanseverino, Count of Marsico and founder of the Certosa of Padula, who had also Cuccaroby exchange with Robert d'Artois.In 1436, King Alfonso invested Count Giovanni Sanseverino of feuds of Diano, Romagnano, Polla, etc., then all lost in 1552 for felony against the king. In January 1354 the bishop of Capaccio,

Thomas Santomagno confirmed to Abbey of Cava the churches of St. Nicholas ofFasanella, St. Venera of Rescigno, S.Barbara of Grasso (Ceraso) andSt. Simeon of Laurino. The descendants of the Sanseverino then held Pollawith its 46 sub-feuds until 1555, interrupted in '400(King Vladislav), for the conspiracy of the Barons against Ferrante of Aragonand that at the time of King Frederick of Aragon, caused by Policypro-French ideas of the family. After first interruption, goods were given to the family by Giovanna II in 1417, laterby Charles VIII (his troops sacked Polla), led by Antonello Sanseverino to come to Italy, and the last time by Ferdinand the Catholic.

In 1445 Luigi Sanseverino granted in feud to Francesco Gasparofrom Diano the districts of the Forest, the Cerreto and Caugito.The following, Polla was sold (1558) to the regent Francescantonio Villano, whose familykept possession for long and in 1590 had the titleof Marquis. In 1668 the line of Villano died. Last heir ofFrancescantonio was the cousin Maria Villano, Princess of Colobranowho died a year after the death of his cousin.

In 1669 the estate was bought by the family of Polla Capecelatro,Dukes of Siano. In 1701 came to the Germans under the command of Polla Captain Hoffmann. In 1718 was lord of Polla Hector Capecelatro(Jan. 3, 1718), who was succeeded by Carlo (Jan. 15, 1764) and thenVincenzo Maria Hector Capecelatro who had the last header on 12 October 1780. Giustiniani places Polla 40 miles from Salernoand 67 from Naples, between excellent pastures and arable land. In his day counted 5600 inhabitants between farmers and herders.

Feast of aubergine from Polla