Laurito. United to Cuccaro until November 18 th 1404, when it was separate from of it by king Ladislao. Autonomous university up to its elevation to town center. From Salerno km. 122. 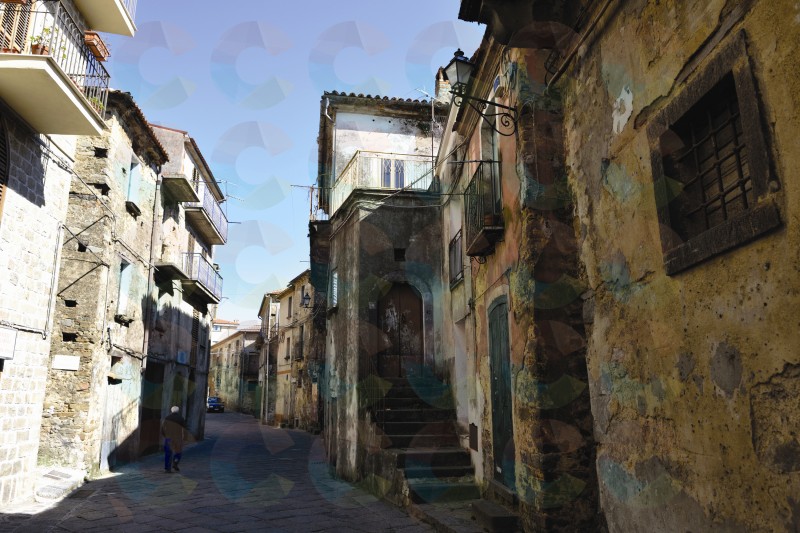 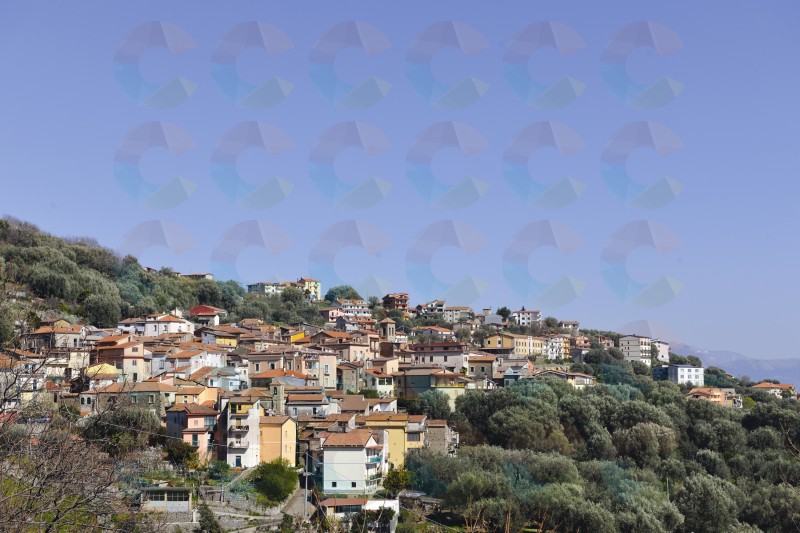 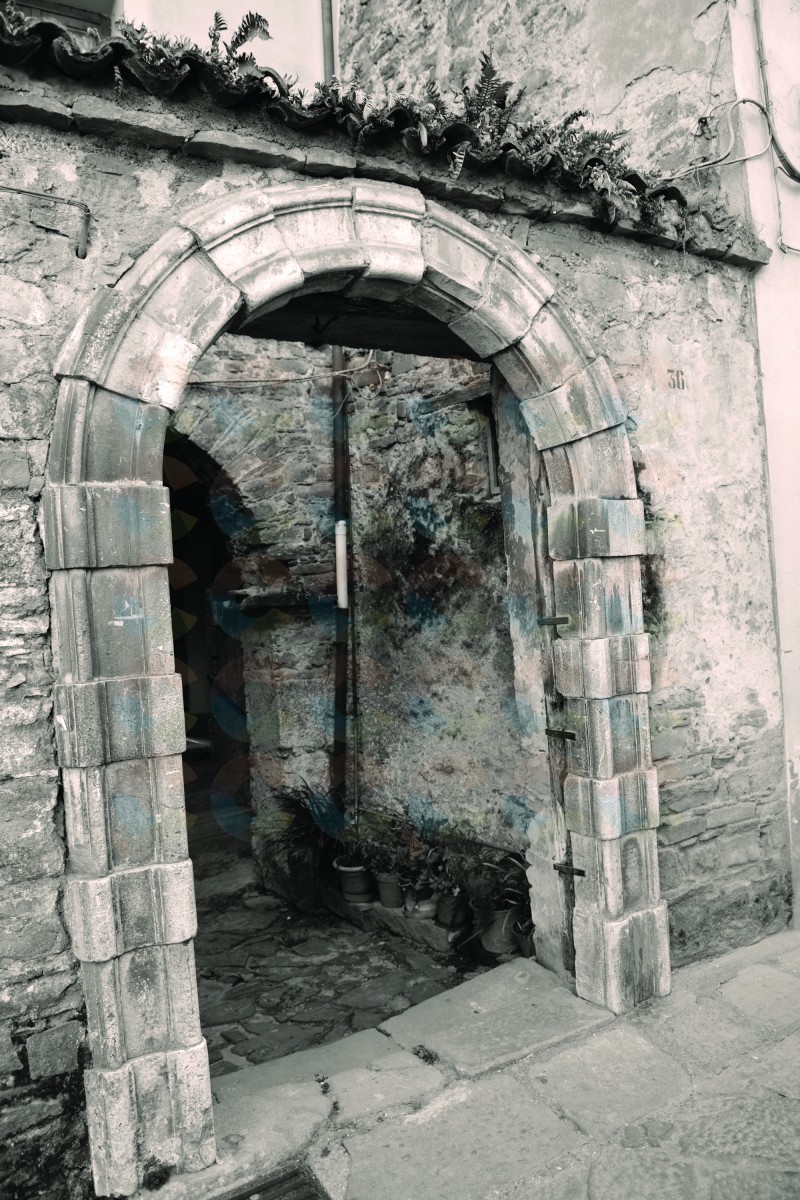 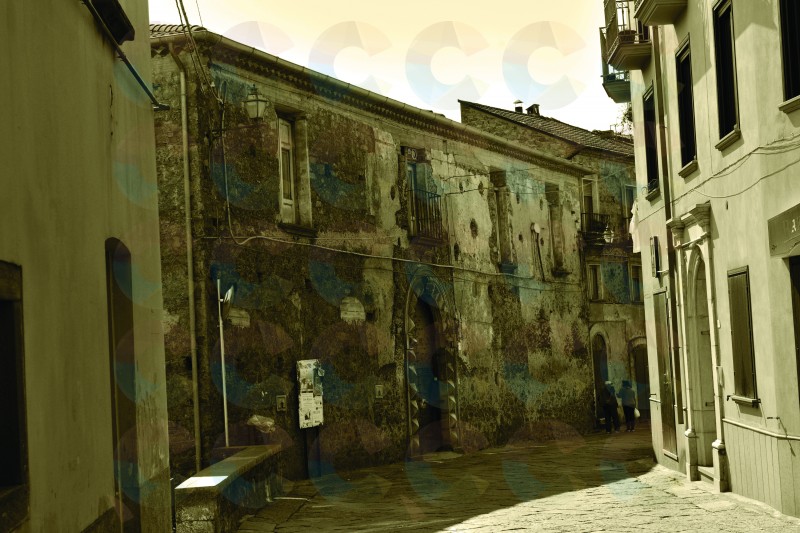 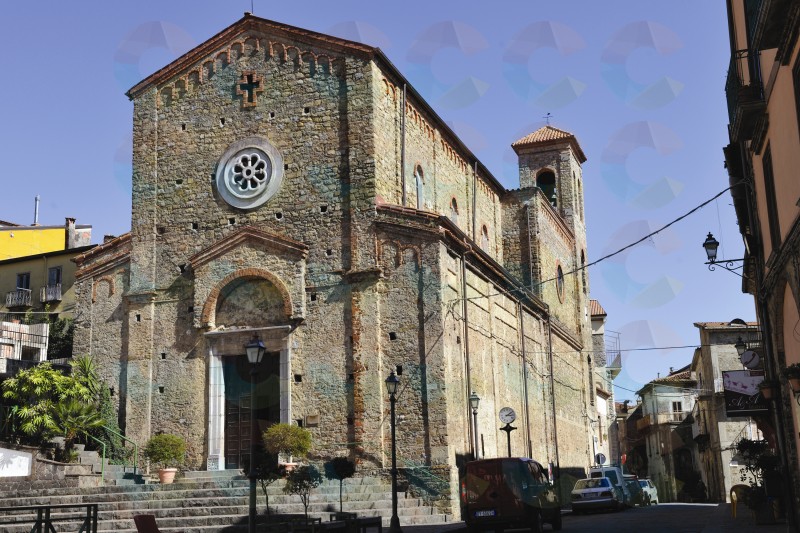 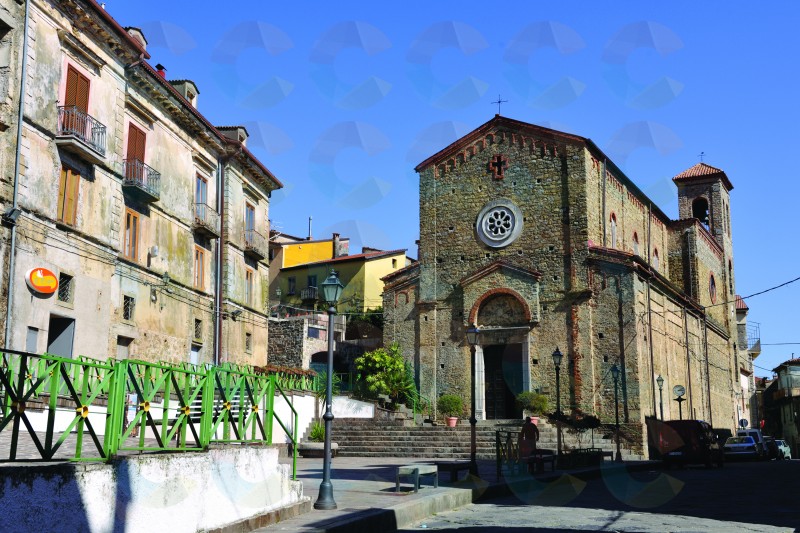 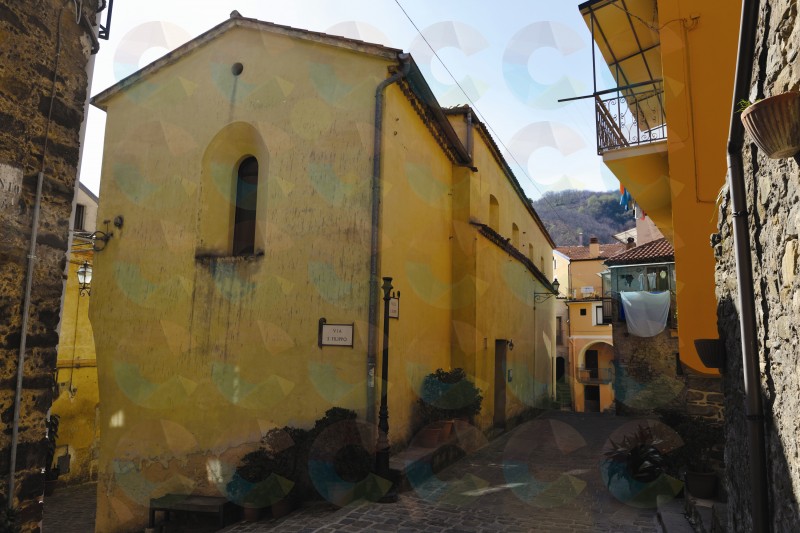 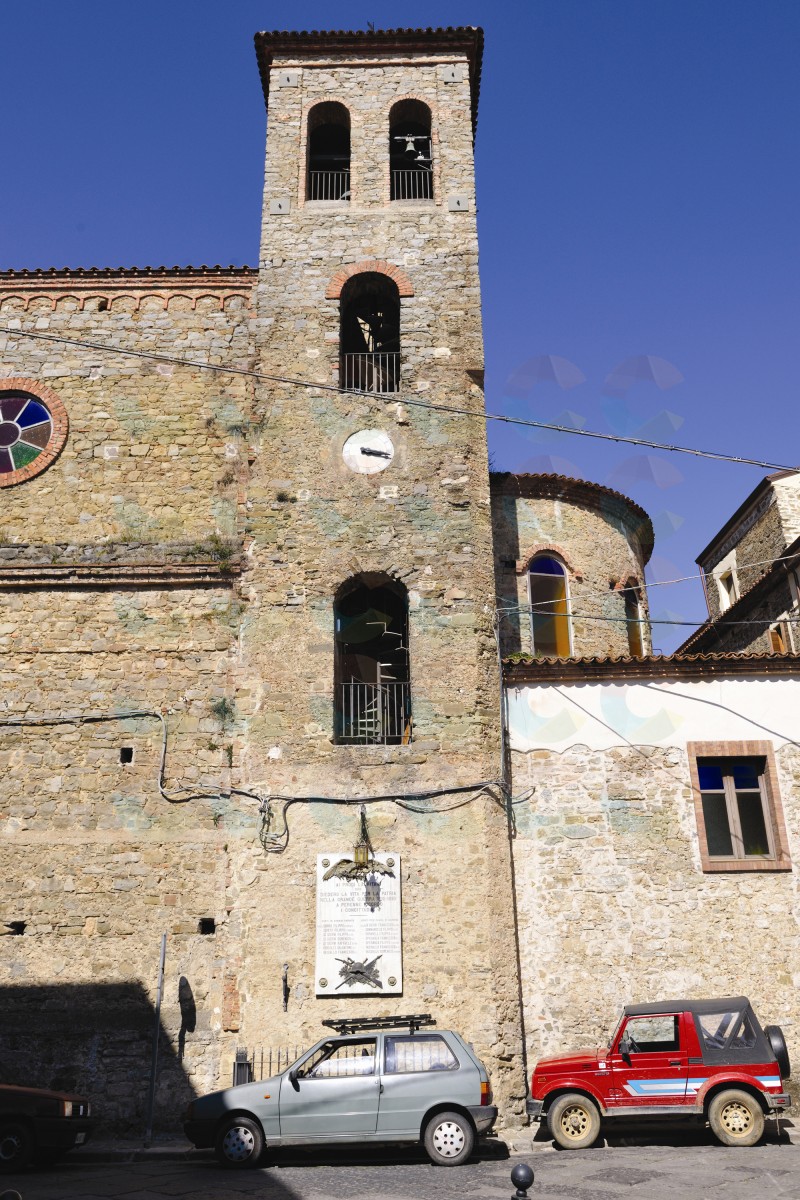 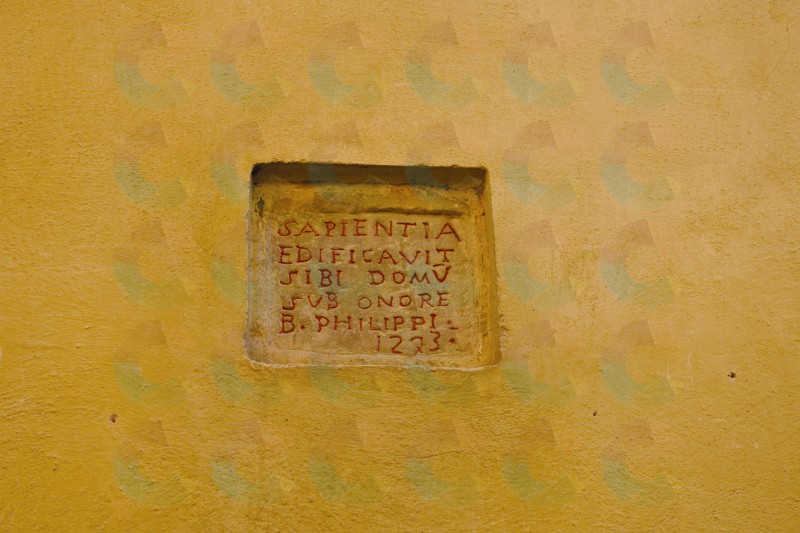 First news in a document of the 947. Guglielmo, child of Ragiberto, sells the fourth part of his goods « in laurito to the church of St. Mary of Salerno, of which was abbot the priest Donnello for 24 gold tarìs. From a 992 donation it is learned some monk Giovanni, child of the monk Mauro, italo-Greek, and of his brothers Grimoaldo and Pietro, children of Armando that gave goods « in locum Laurito salernitane finibus » to the same church, donation inserted in another of the italo-Greek monk Ragimberto, which in contemplation of the marriage of his daughter Adelghisa with Pietro, gave her all of this that possessed to Laurito, with the clause of the restitution of the goods in case of death of Adelghisa without issue.

The inhabited area, in the two documents, is situated « in finibus salernitanis », because in that times the today's low Cilento, what zone of border with the province (thema) of Calabria was to the direct dependences of the sacred palatio, of the salernitan government. Around the location of the inhabited I agreed, also for other motives, with the compilers of the Codex that they rented in the today's place. Also because to Laurito already in the X century there were italo-Greek monks that founded the church of S. Phillip with its oriental frescos, the only agibile for the dangerous instability of the today's mother church. Besides, in 1170 the militiaman Matteo sold for 16 tarìs two land «in locis lauriti» to Riso.

Antonini affirms tha in 1294 Laurito, was possessed from Calas Rael that then uniforme it among his children. In the angevin Registers is read that the prince Charles had communicate to the officers of the kingdom that during the negotiations between king Giacomo of Aragon and him is been worthwhile to suspend every hostile action for sea, «vel per terram in personis vel rebus ». Fred of Aragon, his brother's vicar Giacomo in Sicily, had complained that some people, among which «videlicet Orlandus, filius Johannis, de Laurito », had stripped a Catalan of «diversas res valoris unciarum auri decet et octo et tarenorum decem».All of this being dishonorable, the prince ordered to give ample diffusion of the conventions intervened for the truce, giving money to the people for the suffered damages.

From another Register it is learned that in 1336 a branch of the family Monforte was transferred to Laurito. In 1334 they were gentlemen of the village of Laurito Ruggero and his nephew Jaquinuccio. From a place parchment notices him that in 1352 it was always gentleman of the barony of Laurito and the lands of Cuccaro and St. Severino of Camerota, Thomas of Sanseverino, count of Marsico, which ordered to Andrew of Castelluccia, to verify the value of halves the incomes of Laurito.

In the 1381 Francis of Sanseverino, count of Lauria and gentleman of Cuccaro took back the village of Laurito granting it to his brother Luigi, from which then repurchased it affirming what: to the death of Giovanni of Laurito, the first-born Anthony was already dead, and that the second-born Giovanni Nicola was not able and the third-born Giovanni dead in childish age, there was not to who to assign the «suffeudo». Matteo of Laurito opposed himself and affirmed that it had to be assigned to him because he was an uncle.

That reasons and the oppositions of the Sanseverino, were exposed in the parliament summoned by Charles II of Aragon-Durazzo. Bartholomeo Arcamone recognized the rights of Matteo Monforte to the succession. With the consent of wife Caterina, Francis Sanseverino granted the feud to Matteo of Laurito receiving one hundred ounces of it in silver carlini as resolution of the feudal obligations. Ten years later, however, the feud was separated in two parts, as it notices from the succession of Thomas of Laurito. On 18 November 1404 king Ladislao separated the village of Laurito from Cuccaro, which was united « ab antiquis temporibus ».

The separation of Laurito from Cuccaro was then confirmed. It must be remembered that in the 1509 Sigismondo of Laurito was gentleman of halves the village, because some other half had paid the «relevio» of it Camillos Vitello in 1533. On15 October 1644 Giovan Baptist Monforte was duke of Laurito. Giovanna Monforte with Regal Letters patent in July 1811 got the three tied up recognition of the three titles (duchess of Laurito, marquise of san Giuliano, baroness of Laurito, Montano and Massicelle) with relative inscription to the gold Book of the Italian Nobility and with right to the consort to personally use said titles marital nominations.

Some years ago the building and the existing ducal goods to Laurito were given by the last heir to the Episcopalian Vallo of the Lucania for relief works. Giustiniani puts village on «a slope bewaring of east the course of the Mengardo or Menicardo and on the opposte hills of Roccagloriosa ». Among Laurito and Montano a tall mountain « the Antilia », once inhabited as Bernardino Rota affirms. In the place said Fulgente, Giustiniani affirms that there were ruins of a castle and caves where it seems of the families were sheltered for escaping to the hostile raids. Giustiniani adds that in the 1500 halves the village was possessed by Dianora Ruggì daughter of Antonello of Salerno.

In 1530 it passed to his daughter Antonia Pavone, wife of Scipione Antonini. Giustiniani informs us about the entity of the population to his times (1700 people).

Feast of Our Lady of the Sky

On 12nd of september

The night of the Brigands