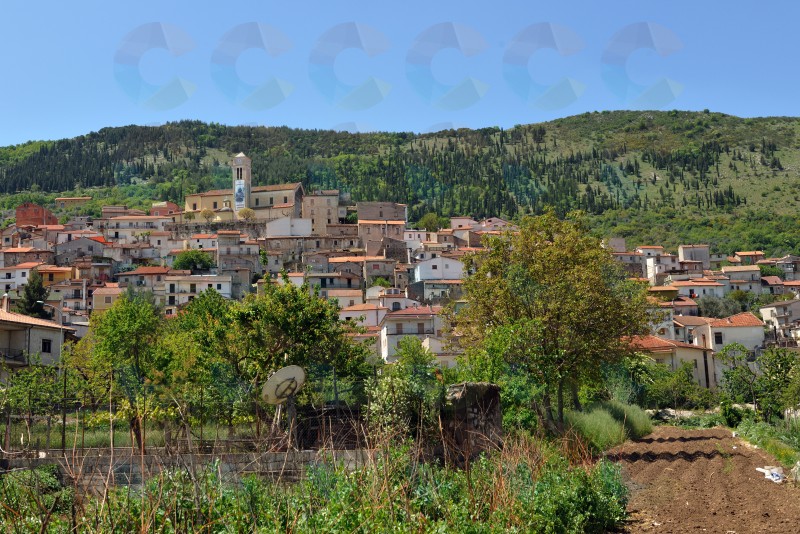 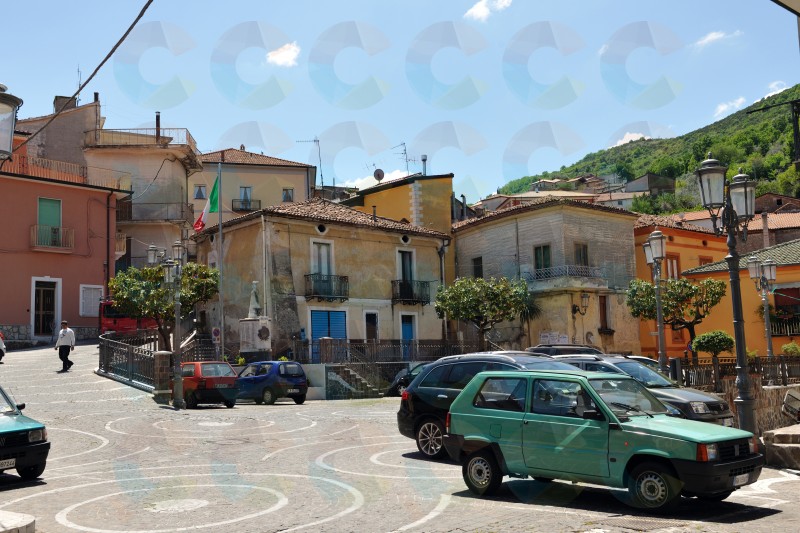 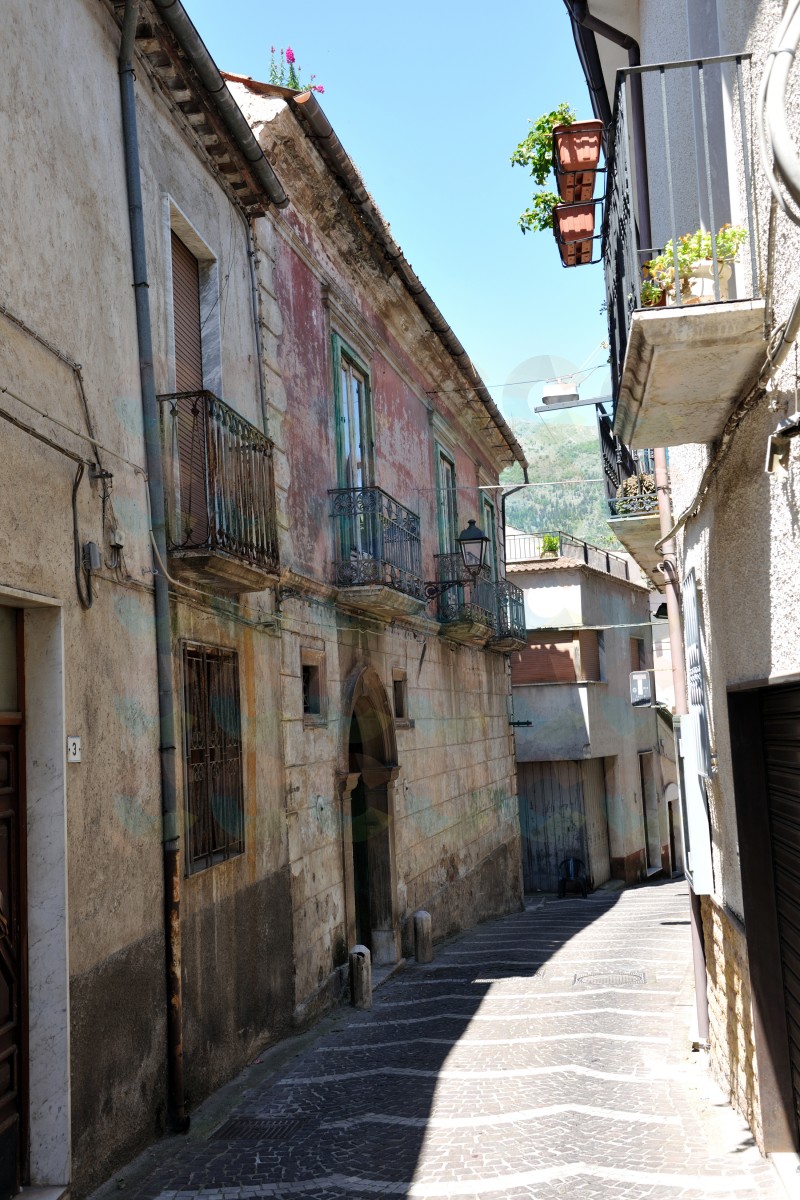 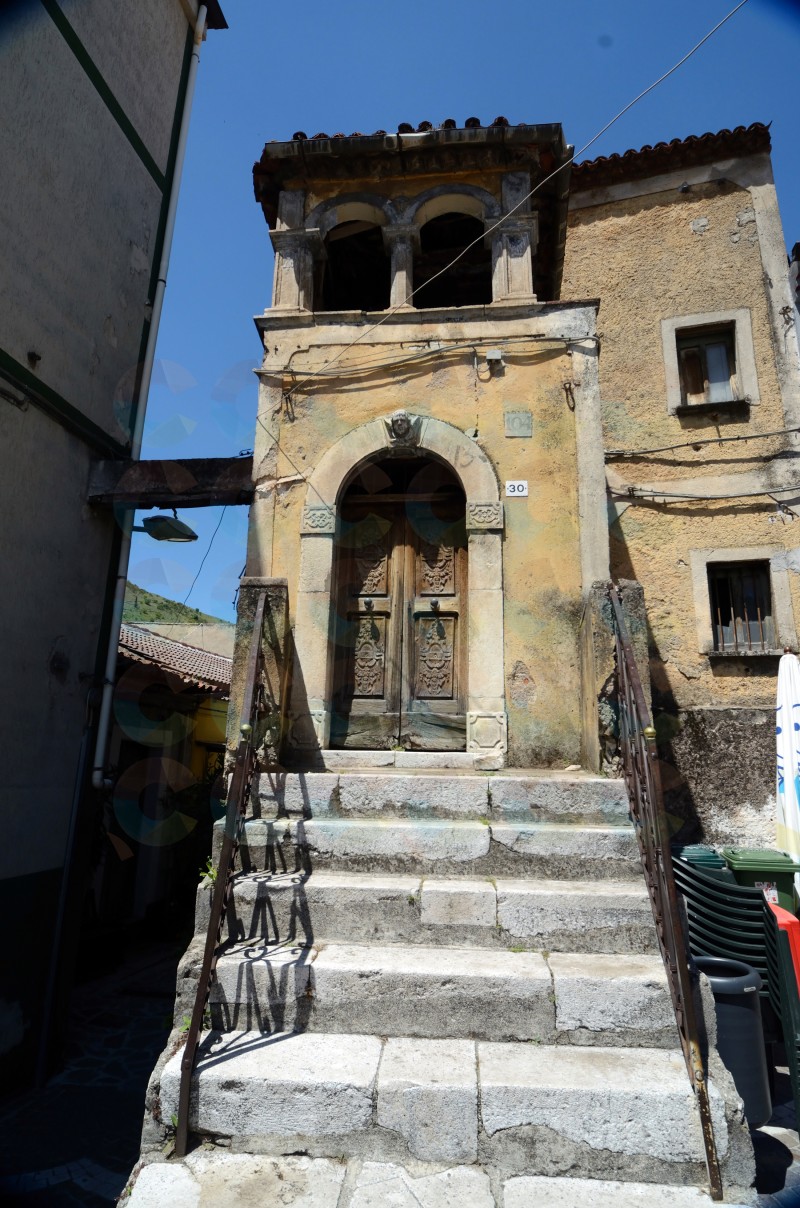 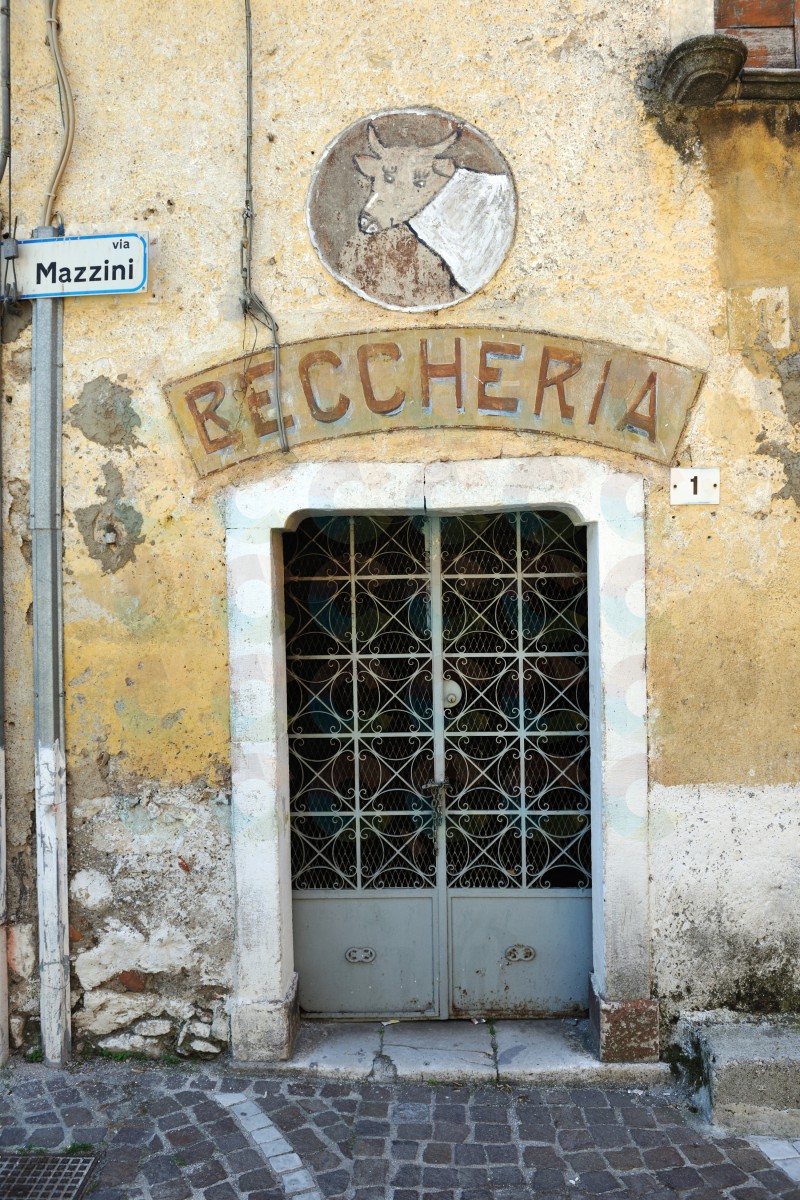 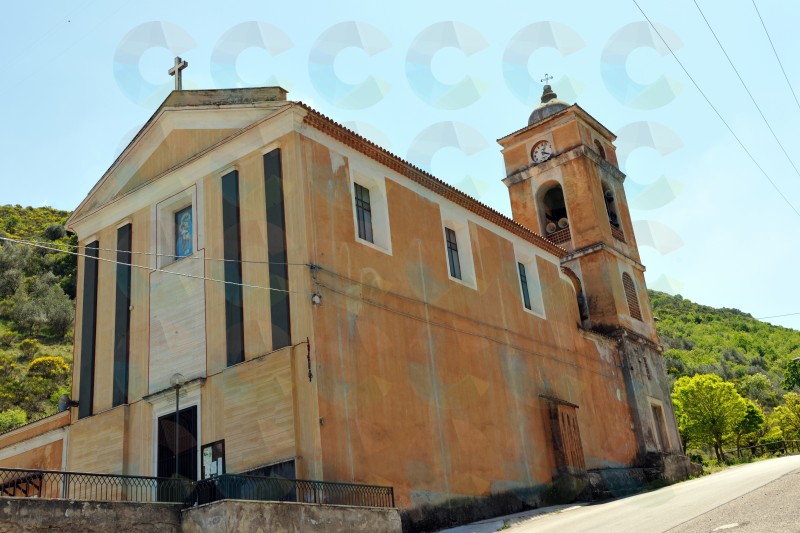 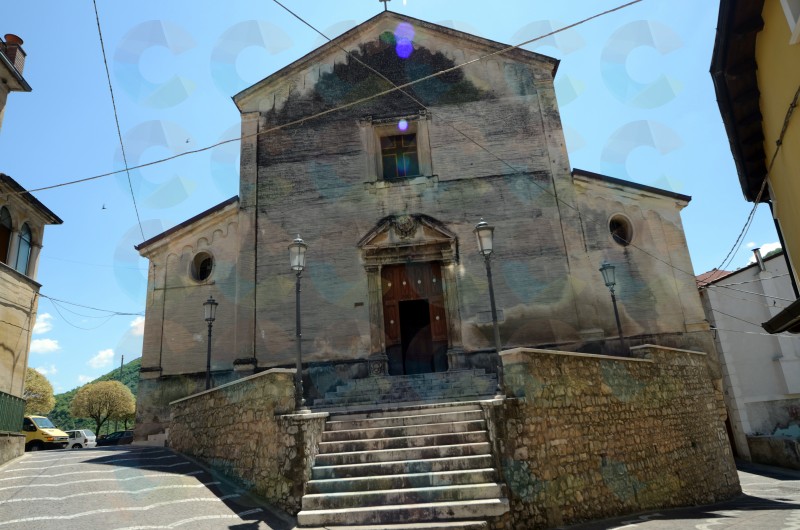 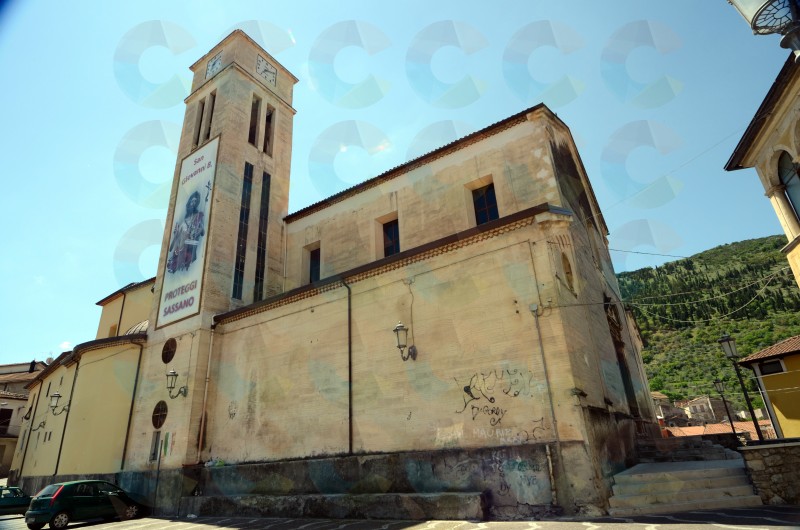 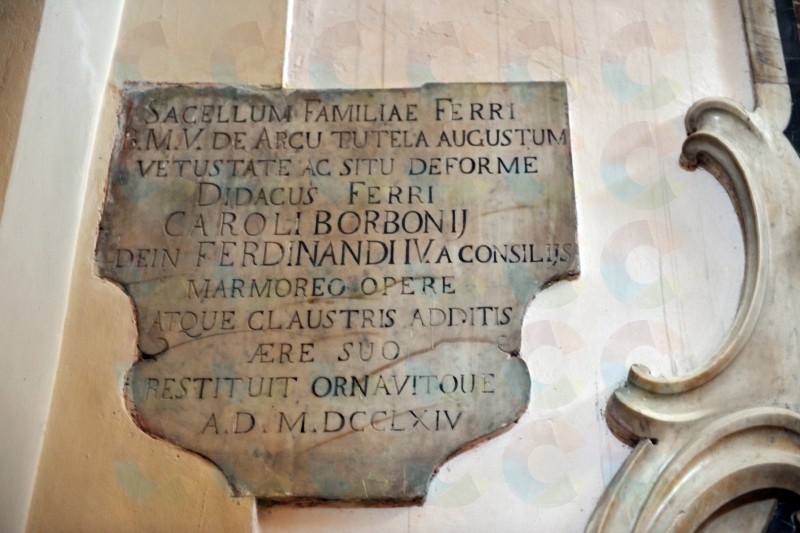 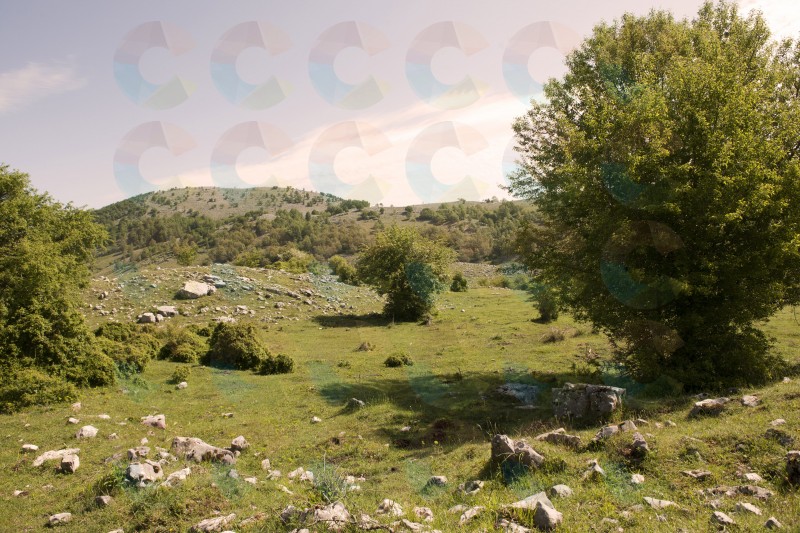 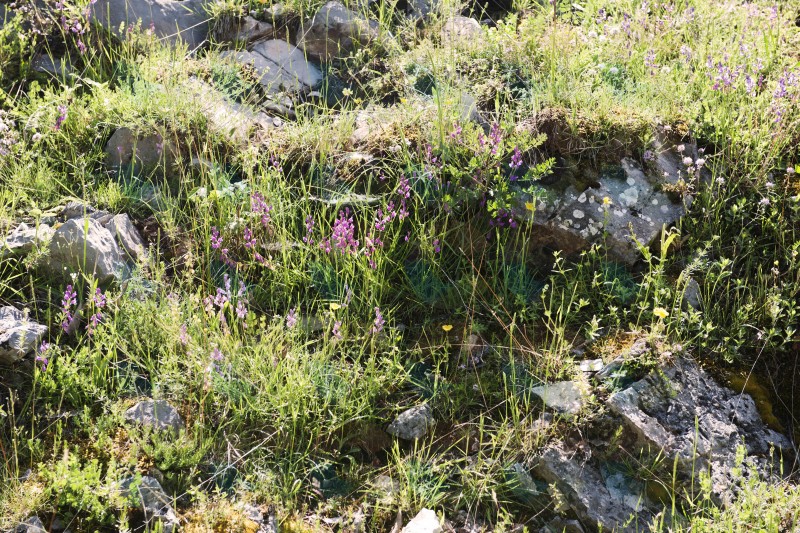 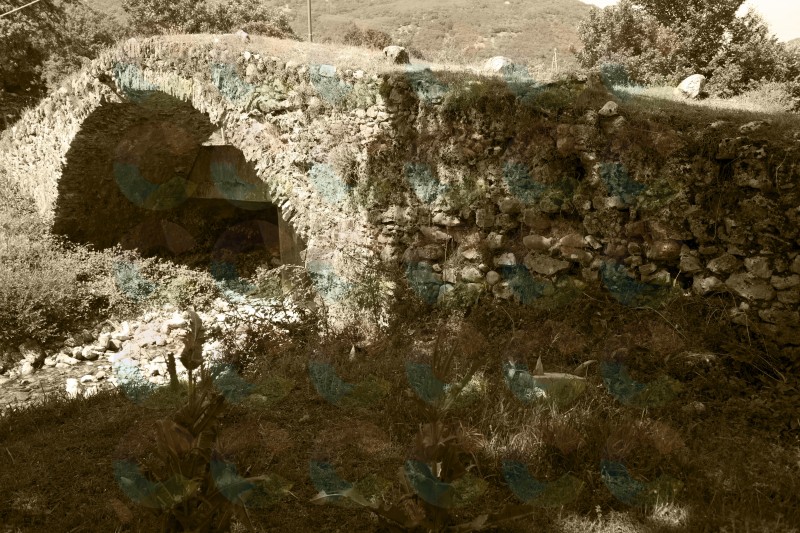 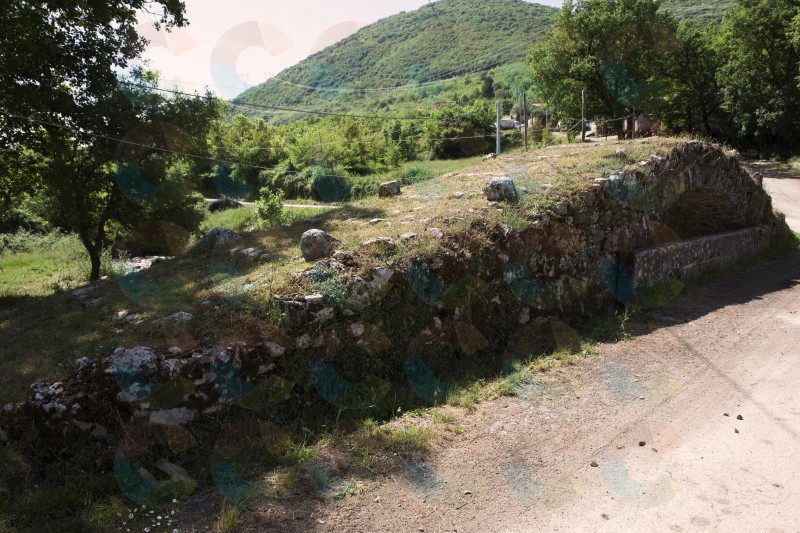 Tradition wants that the village was founded by the prince of Salerno Roberto Sanseverino, but already Rocchi signaledthe church of S. «Zacheriae de Sassano in territorio Diani » of monksItalian-Greek monks. From the Platea of monastery of St. Peter of the Tornusso inMontesano, already granary of the monastery of Santa Maria di Rofrano, in turnGranary of the abbey of St. Mary of Grottaferrata, there is adescription of the boundaries of the estate of S. Zaccaria Sassano.

Also,a secure document of 22 May 1309 informs that in the village of SassanoWilliam Madia and Giovanni Ganusa, inhabitants, bought goods from Sylvester and William Camposassano per an ounce and 12 tari.
It's also the news that in 1423 the Bishop of Capaccio, Bernardo Caracciolo {1422-1425), consecrated the altar of the parish church of Sassano. Sassano and Caggiano, with the title of the Duchy, belonged to Gesualdo’s, whose daughter Isabella married William of Marzano.

As part the "state" of Diano, Sassano was returned by the Catholic king in 1506 to Roberto Sanseverino. By “Liber omnium proventium” of Prince of Salerno, list «Secundi die mensis septembris prime indictionis 1527»,  you learn about goods that the prince drew from Amendolara, Padula, S. Rufo, Sanza and Sassano. In 1592 Diano had yet as a hamlet. It was bought by Giulia Caracciolo, Marquise Brienza.

In 1612 it was possessed, with Diano, by MarquisJohn Villano of Polla, who with a will left goods for poor girls of Polla and Sassano. In 1644-1645 the feudal lord of Sassano, Giovanni Andrea della Castagna, assigneda pasture in Valle Cannella for his 2,490 sheep. Passed with Diano to Calà, also Sassano was forced to take a stand infavor of the action taken by his vassal against the rights ofchurch.

The duke, in addition to invade the lands of the church, forbade tofarmers to grow them, making them even flood.The herding industry in the territory of Sassano since timeold. Even today are known dairy land.In the '600 owners of herds of cattle and flocks of sheep rent pastures in Basilicata, even in Apulia (they were called"Leased").

We saw the thick of the vassal CastagnaIn Cedolario missing the last holders of the feud,Giustiniani attributes it to the family of the Dukes of Calà Diano, instead Alfano says «fief of the house Arezzo». Giustiniani says little. He places Sassano 50 miles fromSalerno with 3780 inhabitants producers of wheat, legumes andwine.

First saturday and sunday in may

Feast of the Heart of Maria (Varco Notar Ercole)

On 3rd and 4th october

From 30th july to 3rd august

Two chestnuts and a glass of wine