Campora, Canfora, Campora. Autonomous university up to its elevation to Municipality. From Salerno Km. 75. 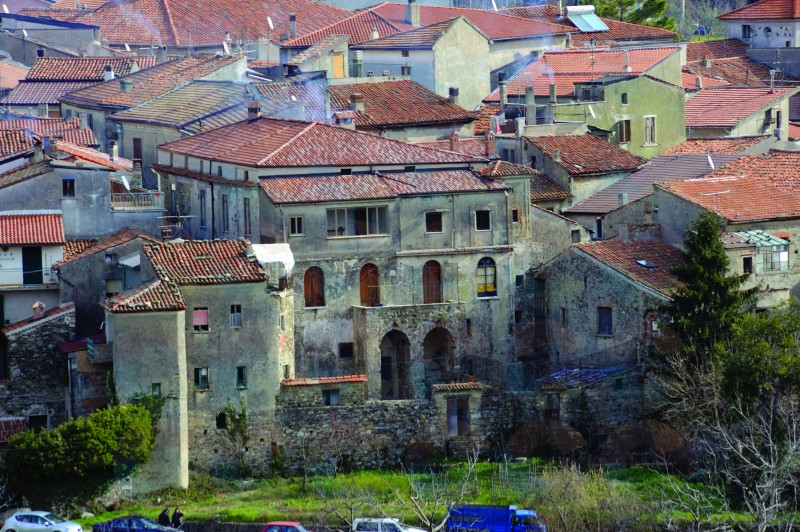 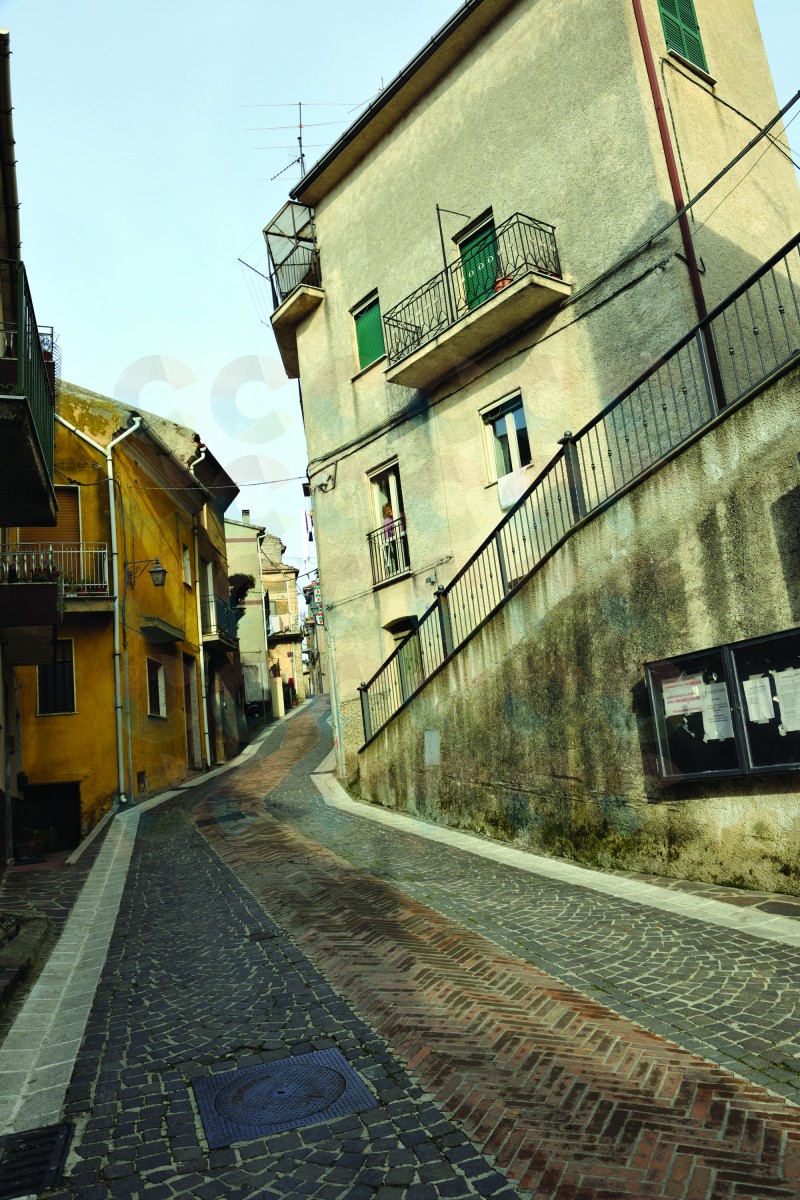 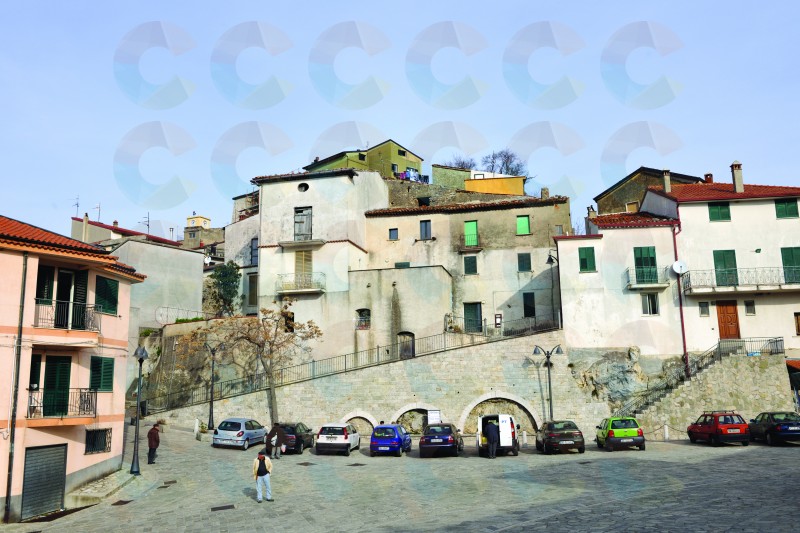 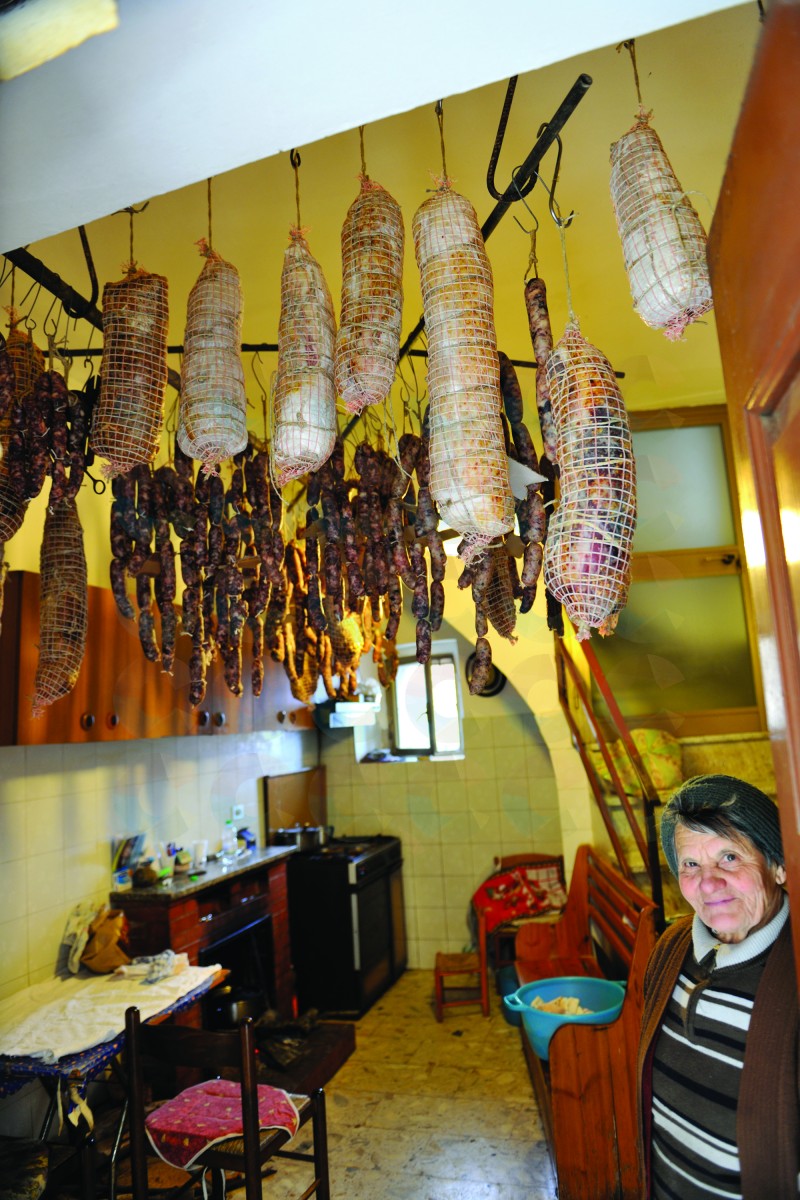 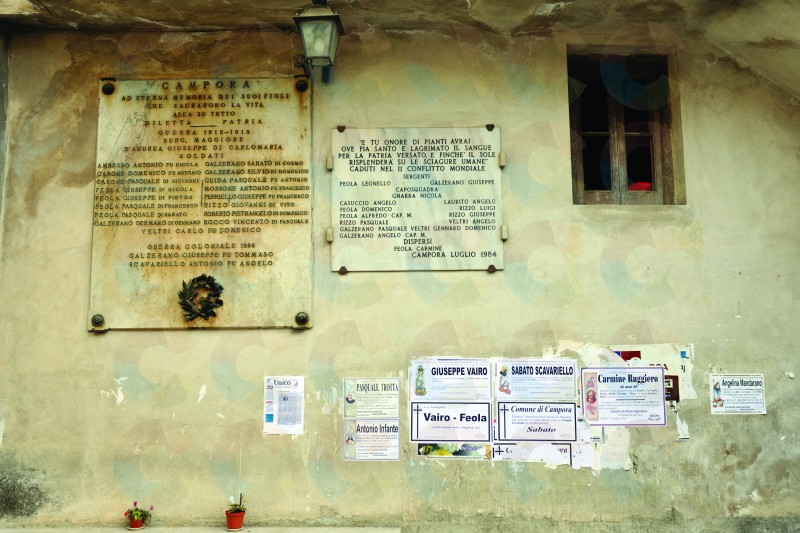 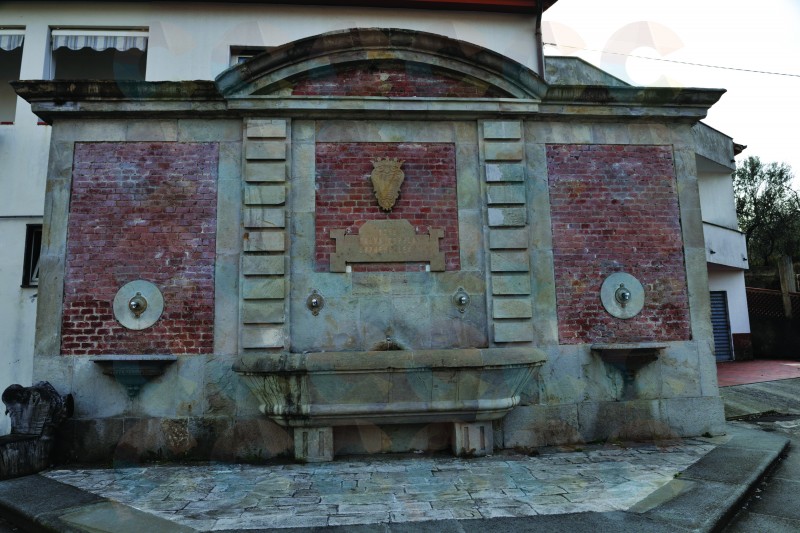 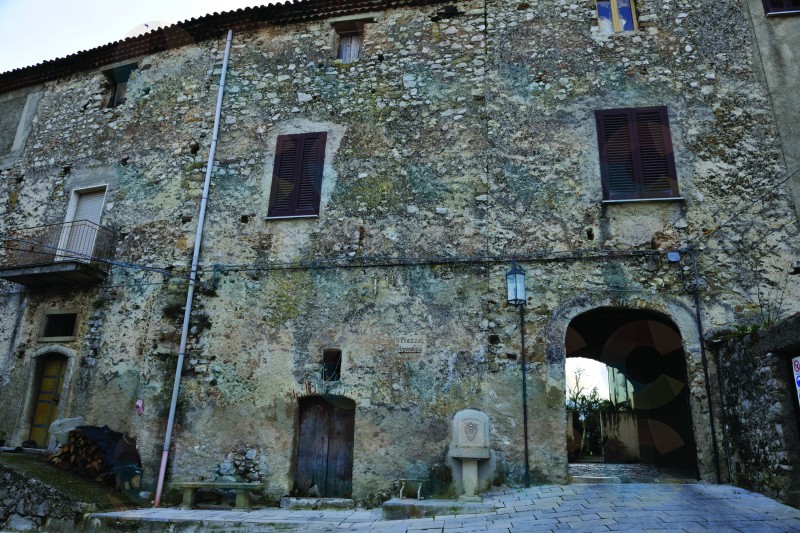 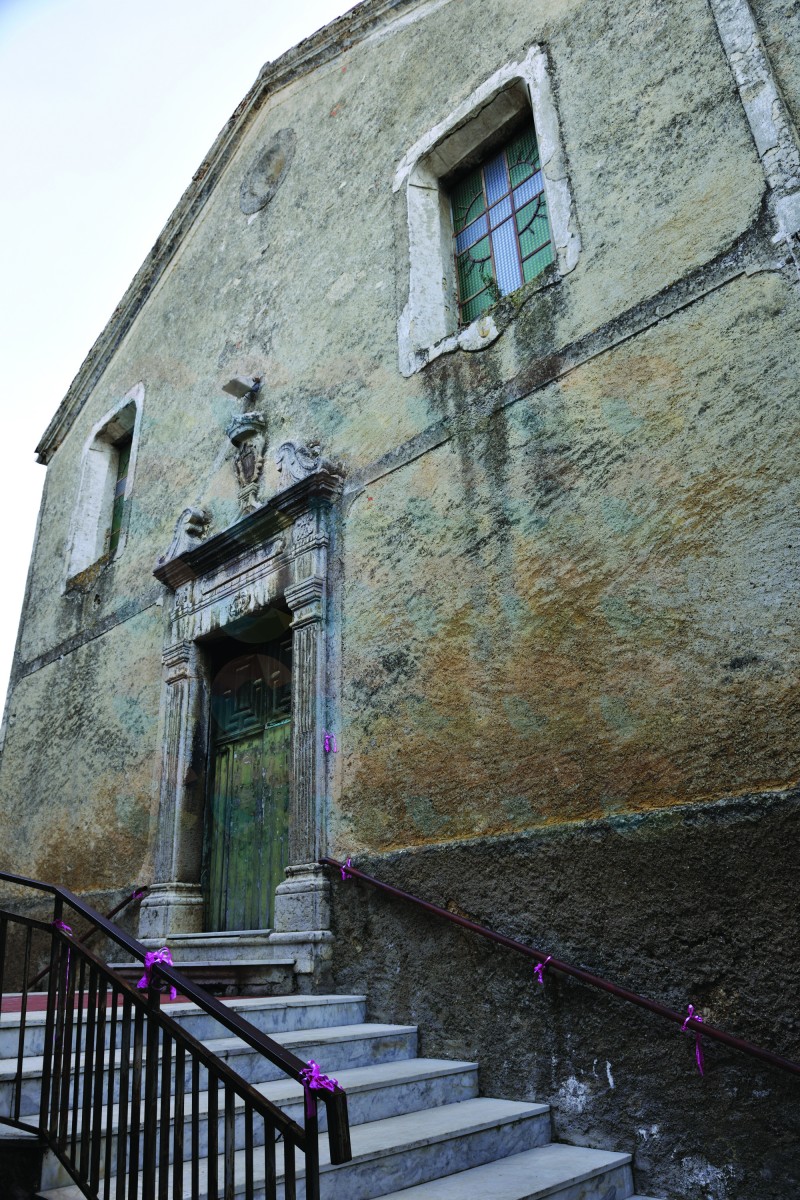 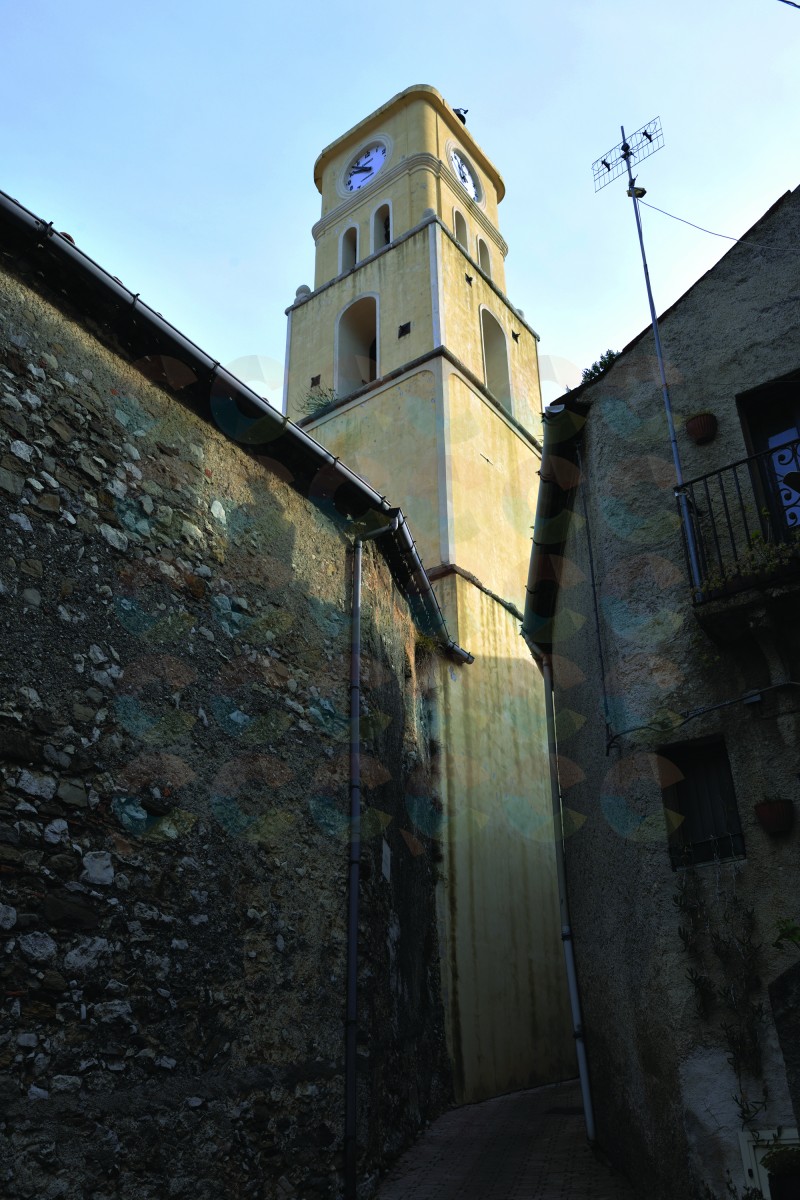 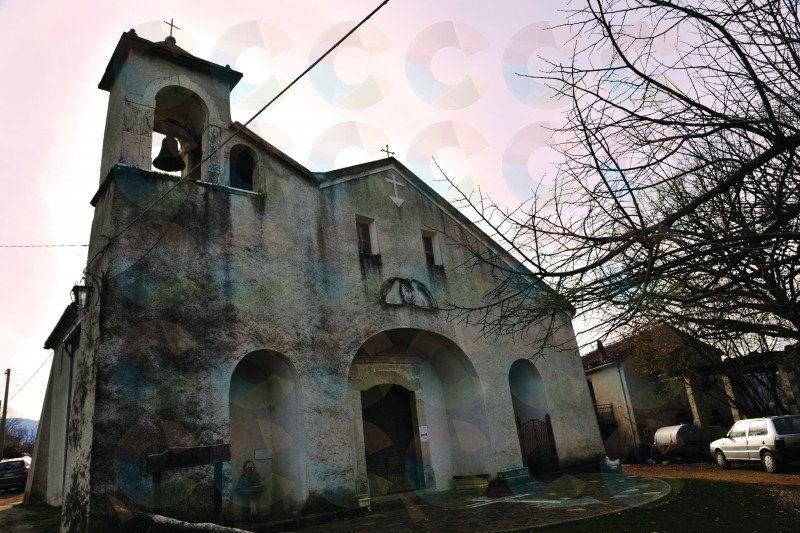 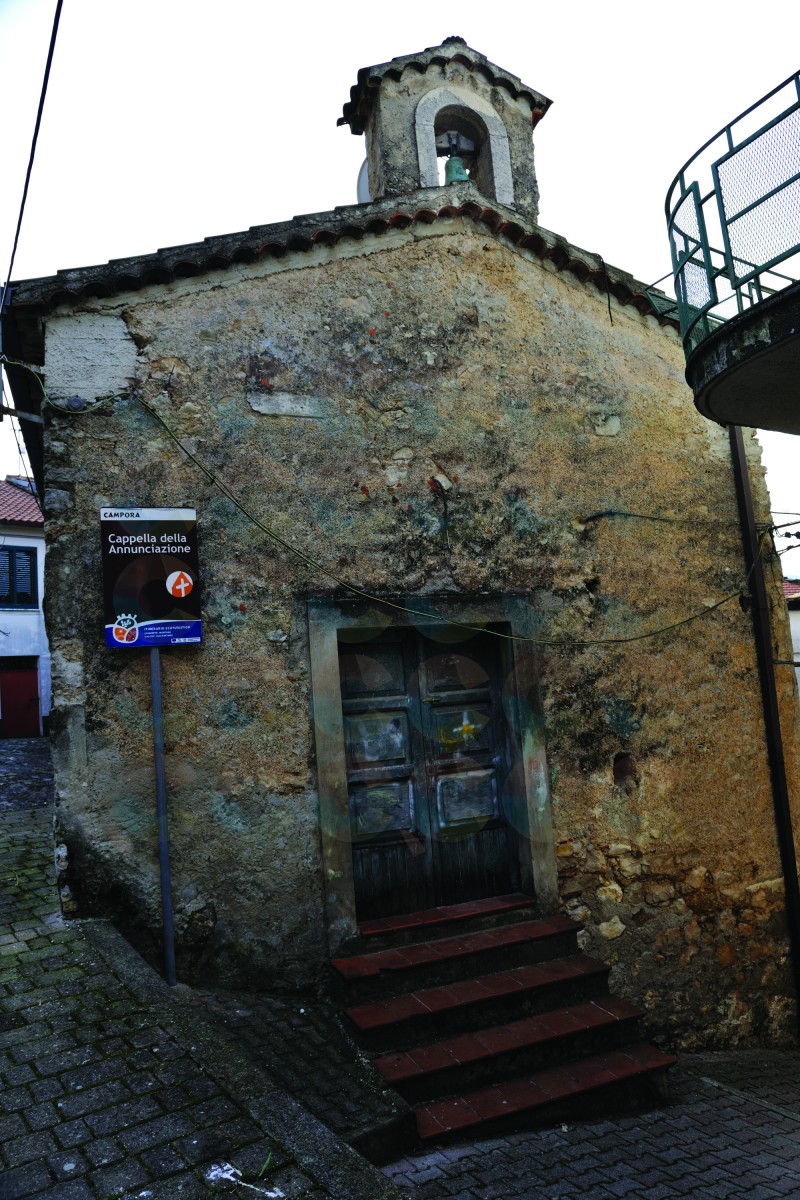 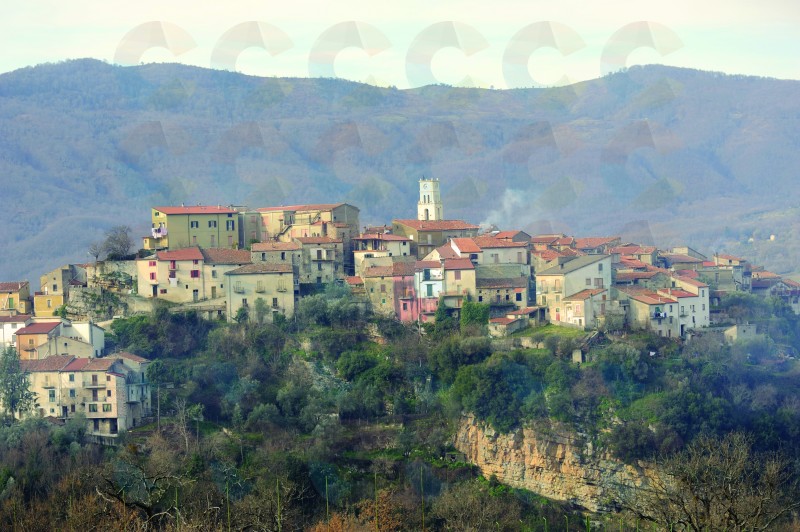 The existence of the monastery of S. George of Campora, of sure italo-Greek foundation, allows to suppose with enough certainty that the village has risen between the end of the X and the XI century, and that is in the period of great flow in the territory of that monks.

First sure news of the village in the diploma dating February 1175, to whose layout was present Troisio of Campora, already the king's «camerario », and in 1269, when king Charles I granted «castrum Campore » to «Matheo de Alena », concession confirmed in 1221 with following provisione for the delimitation of the confinements of Campora and Sicignano. Is news then of the hiding of 11 fires, for which the order to the university to put again to the revenue an ounce and 15 tarìs.

King Carlo granted then to Simone Bois «castrum campore » ordering in March 13 th 1274 to Sergio Pinto, teacher attorney of the principality, to introduce the aforesaid Simone Bosco in the bodily possession of the castle of Campora and the goods placed in various points of Salerno and already granted to Matteo of Alena and from him it returned to the curia (for excambio). In the Registers is also news of the forfeiture to Thomas Aimone of Aquino of some lands, among which «tertiam parte castri Campore » to assign to Giovanni of Pando, «portolano » of Earth of Job and of Abruzzo «omnibus cum iuribus et pertinentiis suis ». There is also mention of the order to allow to Walter of Podio, militiaman, the pacific possession of the church of S. Eleuterio of Campora, of which he was patron.

In another Register is news of the concession to the judge of the Great curia Giacomo of Falcone, militiaman and his son-in-law, of the castles of Cuccaro and Campora. In another order for the militiaman Thomas, «comestabile » of Venafro, and against Simone de Raymo, militiaman, kept to return the villages of Panderano and Campora. There is then news of the rebellious Francis of Campora and of a certain Sergio of Campora. Of 1282 is an order of the king to Pietro Piletto, «stratigoto » of Salerno and vicar of the Principality, to return the goods to Giovanni Bosco already ownership of the felons Pietro Pinto, Guglielmo Greco and Giovanni from Procida, granted «mortuo predicto patre suo » and to make him to lend the usual oath «ab hominibus castri Campore ».

Giovanni Bosco «se dicit legitimurn filium et heir » of his father to be «etate maiorem » and to live «iure Francorum » and that «ligium homagium fecerit et usual fidelitate prestiterit iuramentum ». From the Aragonese Registers is learned of the rebellious Anthony of Campora, follower of Renato of Angiò and the insurance to Zaccaria and Renzo of Campora and to Giacomello Aromatario in Naples that the granted grace to Francis of Gurello didn't jeopardize the tax of 12 tarìs.

There is still news of the concession to Buzio de Senis of the office of captain of Casalnuovo, Campora, Contrasi and Carmio. This position was granted then to his child Savior from king Alfonso in 1444, «to suae vitae decursum », and contemporarily invested of that hamlets «cum tota entire et eius Barony ». In the 1445 king Alfonso gave to Antonello de Floras de Magliano the right of the tax of the fires and the fiscal ones of Campora. To Savior happened Senis Bindo and then Alfonso. This married D. Charles de Guevara, count of Potenza from which Alfonso was born, from which two daughters (Porzia and...).

From the Quinternions is learned that in the 1453 king Alfonso Campora sold to Alfonso of the Gonessa, together to the land of Airola, hamlet of Rotondi, Castro and to the feud of Manuni. In 1460, for crime of betrayal, the vassal lost Campora what was sold to Charles Carafa. In the 1258 Charles Carafa, marquis of Montesarchio lost Campora for the same crime. In the 1532 Campora was granted to to Alfonso Avalos of Aquino, marquis of Vasto, which revenged the feud to Felice Scalaleone that sold it to Diana Mancuso, which surrendered the feud to his child Silvio de Vulgariis.

Campora was surrendered then to Isabella and Beatrice Galeots, this last wife of Ottavio Filangieri. The feud passed then to the Angelis family in 1612 to appeal of the creditors of Camillo de Angelis and sold for d. 6600. From Campanile is learned that Roberto, child of Leonetto, count of Caiazzo, had also the possession of Corneto, Roscigno, Fileto, Campora, etc. But it is news that Roberto Sanseverino also gave to his child Giovan Francesco (1465) with the consent of king Ferrante and that in 1536, for the death of his father, was invested of Campora his daughter Maddalena.

From Gatto is learned that Thomas (III) Sanseverino, count of Marsico and big comestabile glorified to have many noble his suffeudataris, among which Matteo of Burgenza for Campora. From the Cedolario it is learned that on the feud of Campora it was attached the title of marquis. Scipione Loffredo got the title of marquis of Campora on September 13 1756. Dead Scipione (28 May 1763), the title passed to Bartholomew and from this, for succession, to his brother Domenico on February 6 1786.Antonini has Canfora and the Carucci confirms that the name of the place derives from camphora (the camphor).

Galanti has 1203 inhabitants, Alfano 1201. Giustiniani informs us that the village was set 42 miles away from Salerno, in mountain, with 1200 inhabitants between agriculturists and shepherds.