Santa'Arcangelo upstream of Cilento, St. Michael the Archangel, Sant'Arcangelo di Castellabate, Perdifumo. Autonomous University, then in 1806 the capital of the municipality.
From Salerno km. 75 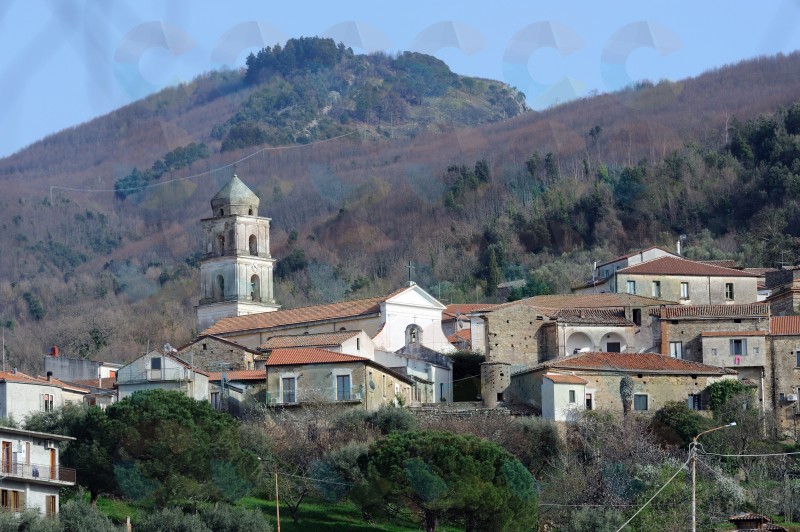 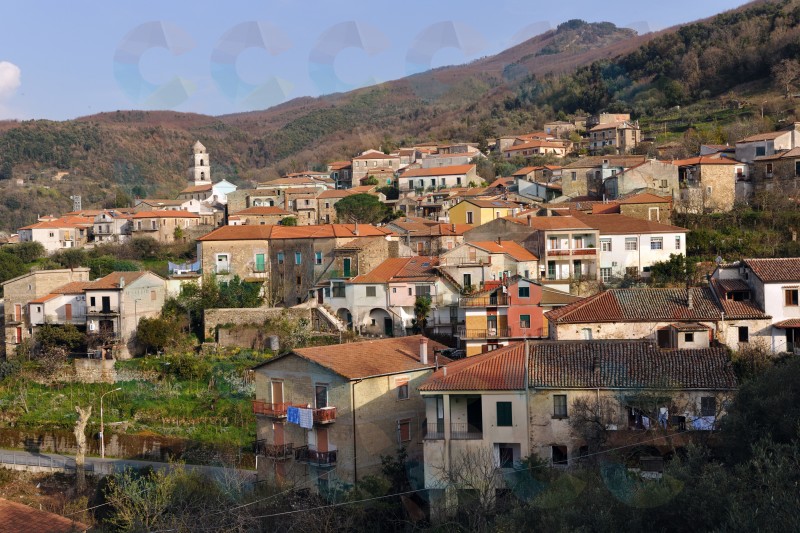 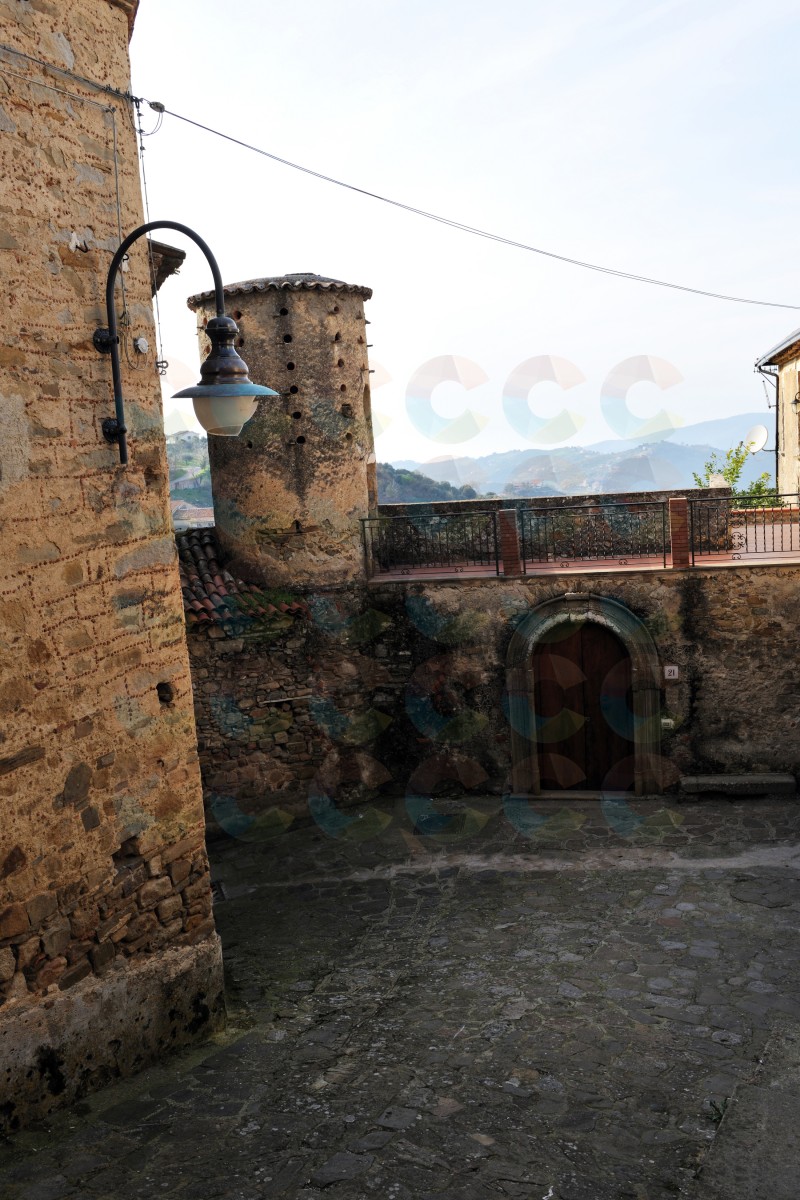 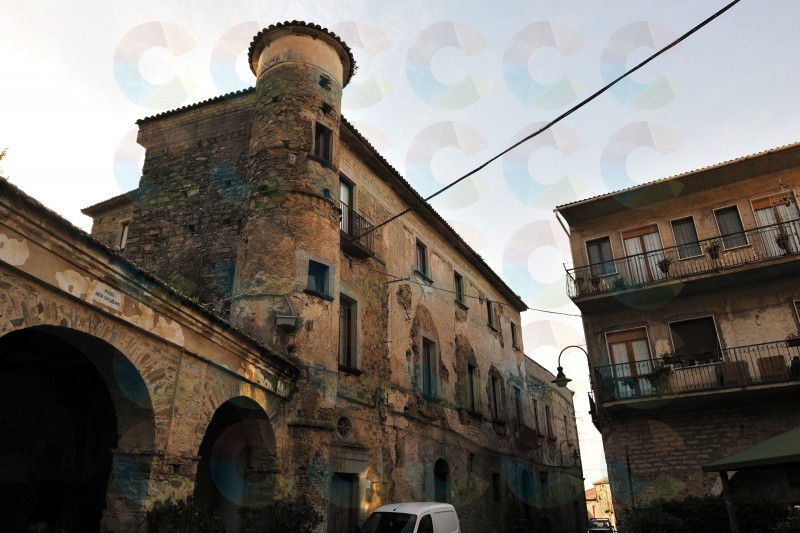 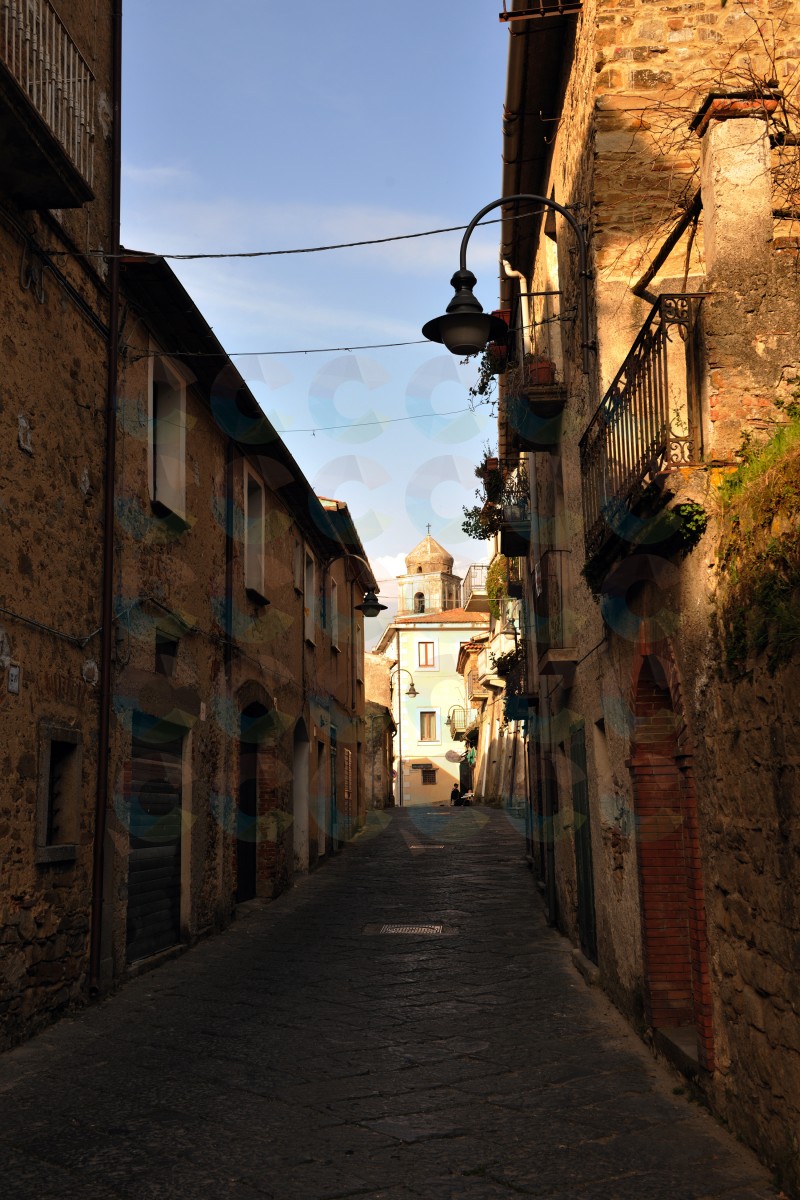 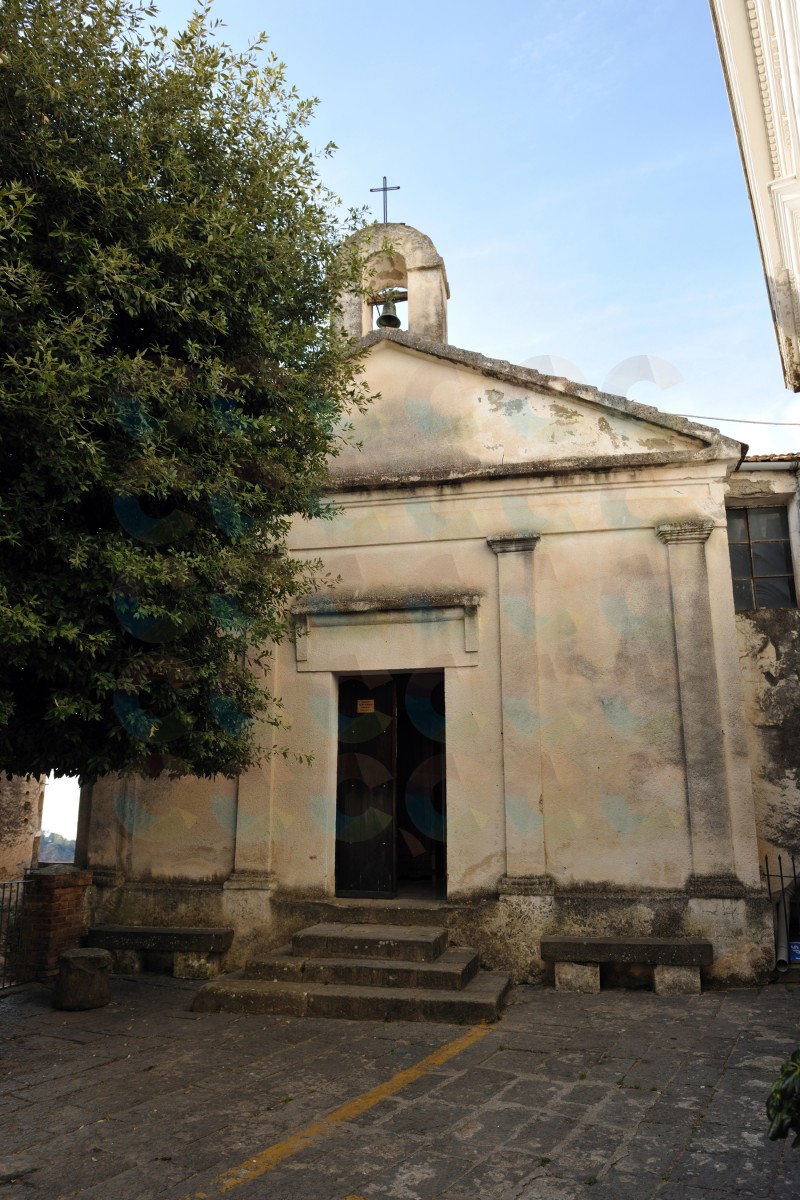 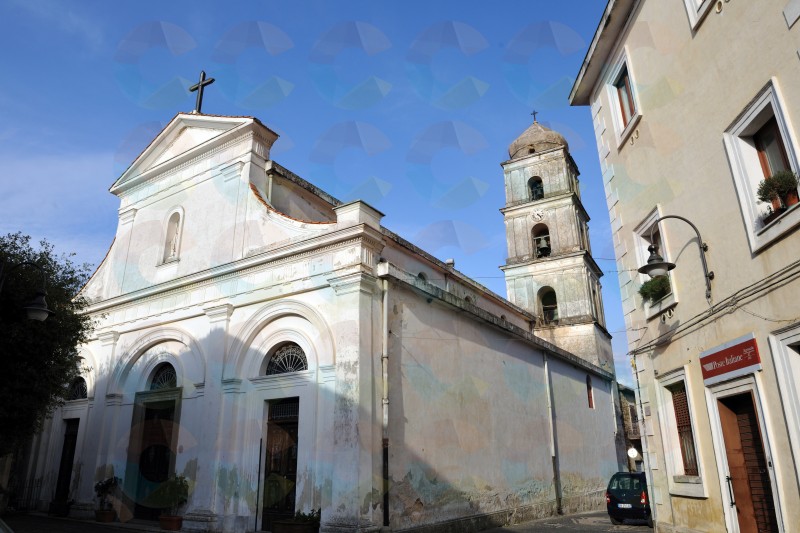 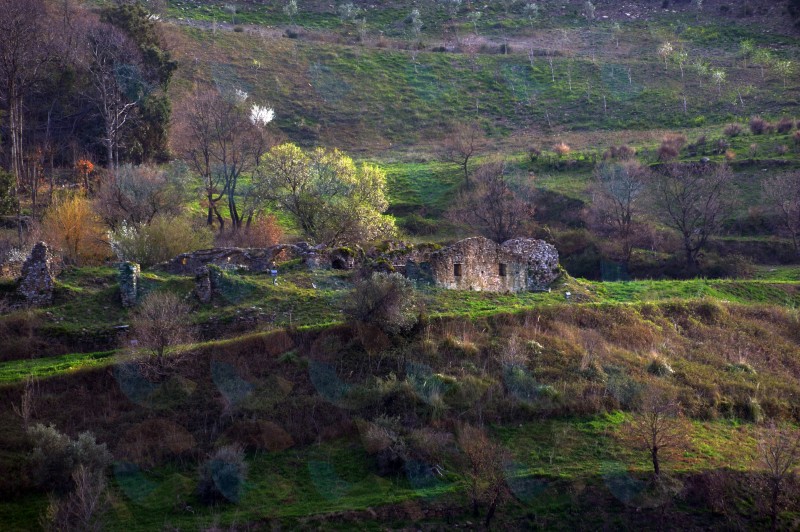 Its location near a stream, has favored in the Middle Ages the name «pes-de-flumine », whose the dialect «per (e) -de-fiume ».Perdifumo stands on an ancient monastery dedicated to St. Archangel (today there are only ruins) built during the rule of the Lombards who had greatly venerated the saint.It is oldest than 994, since it finds mention in the diploma of 994, mentioned several times.

Possessed, in the surroundings, some lands that gave the possibility to grow by an annual tribute: is attested in the act of October 1008, in which the prior of the convent, John, gave to Kallino an area of land for knead and make plantations.

The possessions of the monks, led by Peter Pappacarbone (in 1073 he was appointed abbot at the Abbey of Cava and finally venerated as a saint), increased significantly for various concessions of Lombard princes of Salerno, who harbored a particular devotion to that convent.Its news can also be found in the speech of Joseph Antonini VII, speaking of the defeat of the troops of Spartacus by the Romans in 619 BC, whose survivors found escape in the hills of Laureana, Perdifumo Vatolla and, at the foot of the mountain of the Stella, where was placed Petilia.The names of the inhabitants are reported in an act of October 1083; they are: John Boccapia, Peter de Aurifila, Leone Planting, Andrea Grimoald, Giovanni De Mario, Leo Zuramaria, Nicola Cleric, Giovanni Fava, Peter Boccalupo and others.

Ventimiglia believes that the inhabitants of the hamlet of S.Arcangelo abandoned old houses and moved to the place where now is Perdifumo, attracted by the favorable position of the place. And as a fact, in the document of 1276 and in the provision of Charles II of Anjou to the decrease of the royal collections, including the houses of the Castle of the Abbot is indicated Perdifumo and the name of the hamlet of S.Arcangelo no longer feature, reappearing in Abbot registers Maynerio of 1343, only one house with the only name S.Arcangelo Perdifumo.Even this village, together with the Castle of Abbot passed, in 1410, to the King Ladislaus, and then to Sanseverino, of which Roberto gave Perdifumo to James Guindacio.

A daughter of the latter, in 1520 brought him, said fief, her husband James Caracciolo.The Caracciolo family, in 1581, sold Perdifumo to Violante Brancaccio, who, in 1583, donated it to Paolo Del Baglivo Casigliano.The last family owner of Perdifumo was that of Filomarino.Remember that the convent of St. Archangel still existed in 1846 and belonged to the Capuchin friars.Ettore Majorana story.

Ettore Majorana, born in 1906 and died in 1938.He was a pupil of Enrico Fermi, and formulated a new theory on the nucleus of the atom. It was cultured, witty and famous.In 1938 he disappeared and there were no more news of him.Having expressed in two letters vague about «wanting to disappear, » in March 1938, Ettore Majorana, the physicist most brilliant generation of Fermi, embarks on post, Naples-Palermo (the transport of the time) and disappears.

Reserved, lonely, grumpy, the young Majorana has the chops to get to solve the problems associated with the invention of the atomic bomb. The family is also believed to a flight dictated by madness, but are useless research intelligence spurred by Mussolini himself.

Majorana was really killed?
been kidnapped?
What is behind the mystery Majorana?

In the chronicles of the last fifty years, the «case Majorana » remains one of his most dense of unknowns and questions without answers.At this point, a legitimate question: is the Cilento the last land of asylum of the great scientist and restless?In this regard, in 1993, was questioned a former pastor nonagenarian, Andrea Amoresano, everyone calls 'tatarelea' that, after 57 years of silence, has revealed what has been until now, in these parts, one of the best kept secrets.Amoresano said, «I remember well Majorana. So, we did not know his name or even who he was and why, ran away. He looked like a war deserter, a fugitive, a savage.He slept in the area of St. Archangel Cafaro, - where there is an old Basilian monastery - one of the most inaccessible areas of our mountain. »

The interesting hypothesis that wants Ettore Majorana fleeing from it all, eclipsed in the Cilento, also stopping in the woods of Perdifumo, the first to believe were the same family of nuclear scientist.«Those who came looking for him - tells Amoresano - was moneyed people, was good money. They had also trained dogs. I kept the crumbling house and told me that if I helped them, I would have adjusted. But he continued to escape and did not take, was a wild! »

Doctor Farzati is among the most convinced that Majorana have rested in Perdifumo. «How and why, he got here is a mystery that even today has no plausible explanations: the country was not unattainable. There was a bus that twice a day linked the country with Agropoli. » has anything to do Vatolla, a place dear to the philosopher Giovan Battista Vico, is a fraction of Perdifumo? .
«Maybe, who knows, » says the Mayor. But why in that the country they thought that man was the scientist fugitive?Majorana knew Campania very well, above all the Amalfi coast where he went on holiday with his family.We can just write that Majorana gave an answer to a lot of questions of the nature but not to to his private soul.

Feast of Our Lady of Rosary

On tuesday of Pentecost

Feast of thanksgiving of Our Lady of Rosary