Bonohabitaculo, Buonabitacolo. Arose for the second instrument public on november 1333. Autonomous University until his elevation to the capital of common. From Salerno km. 106. 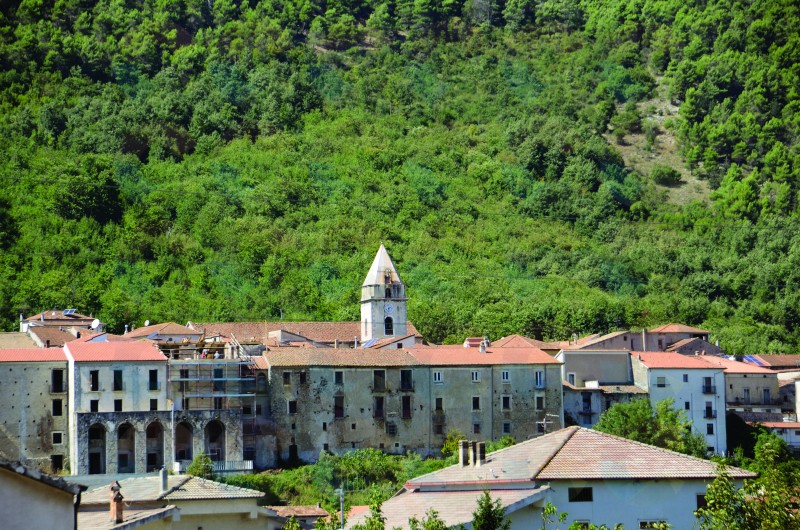 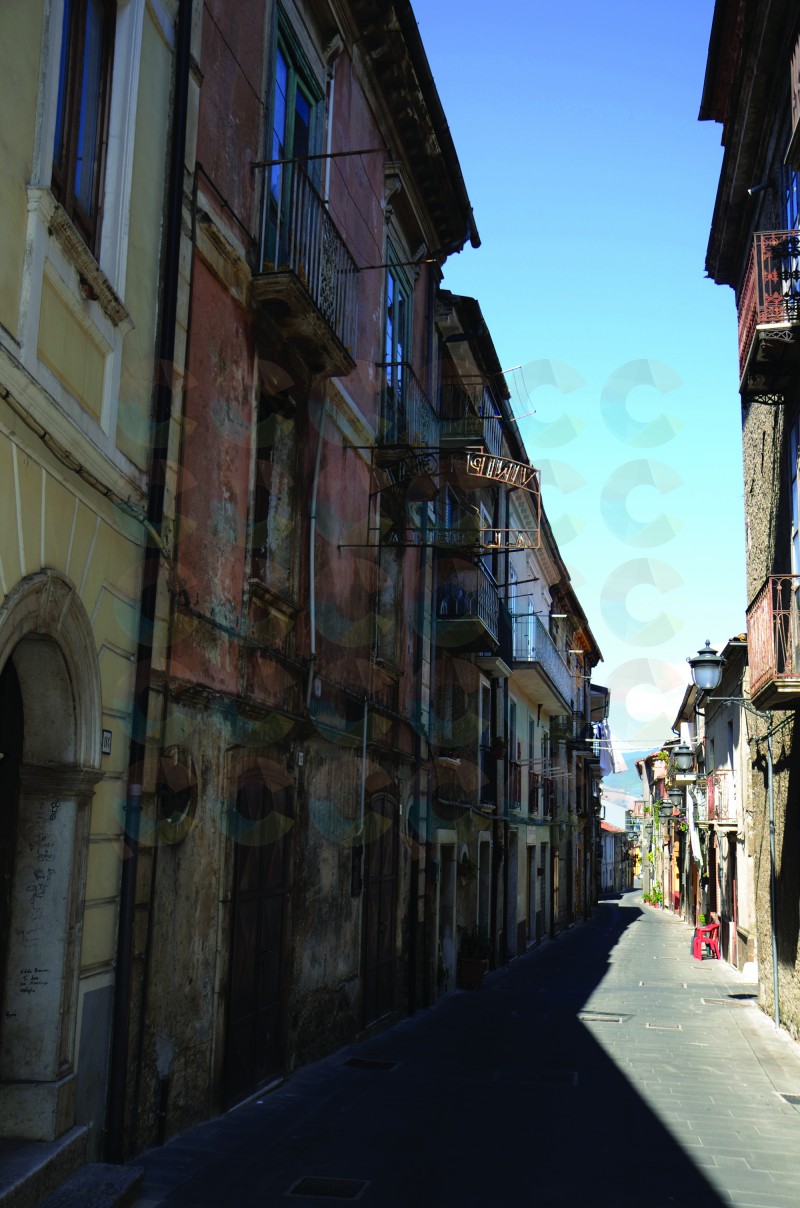 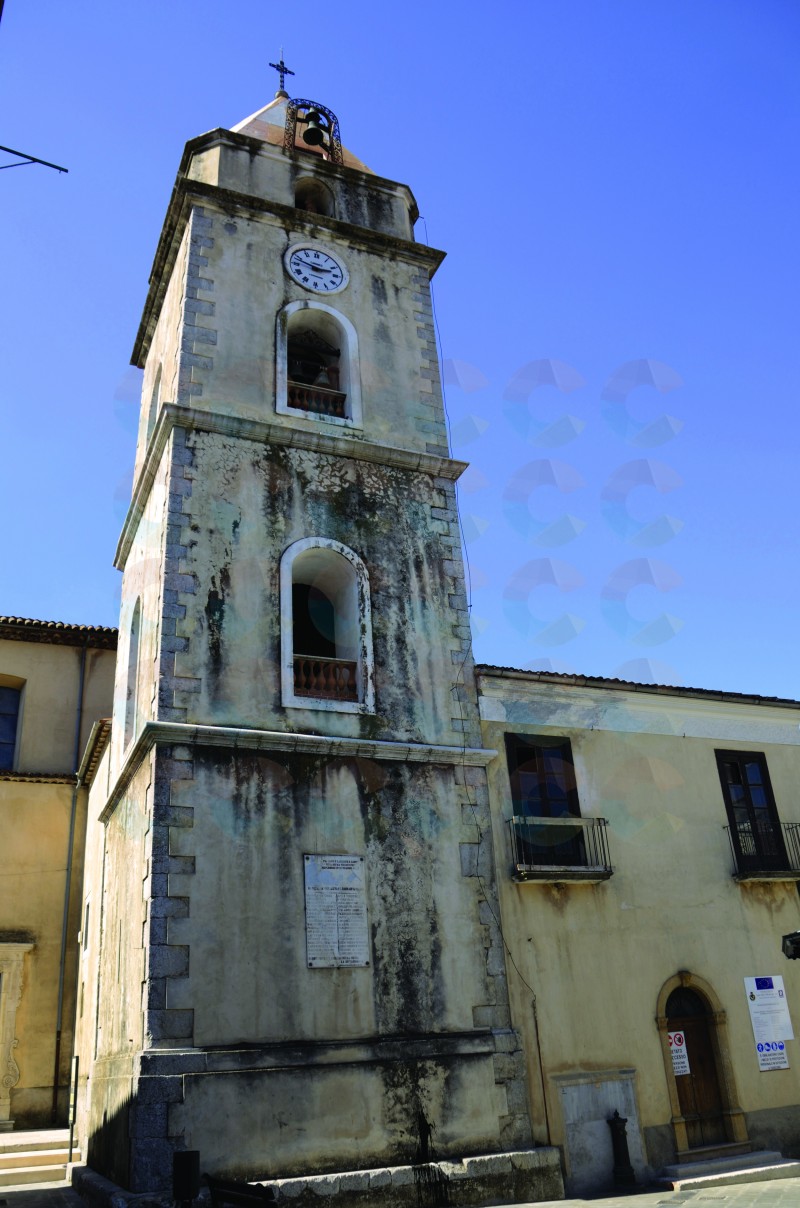 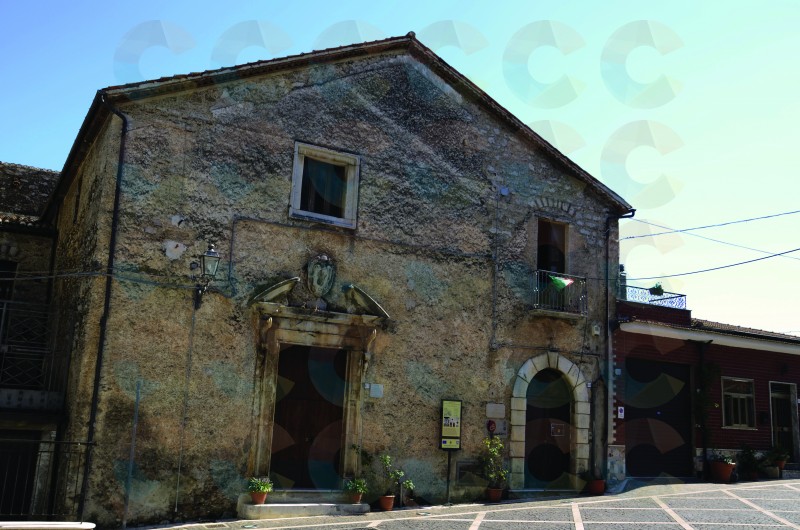 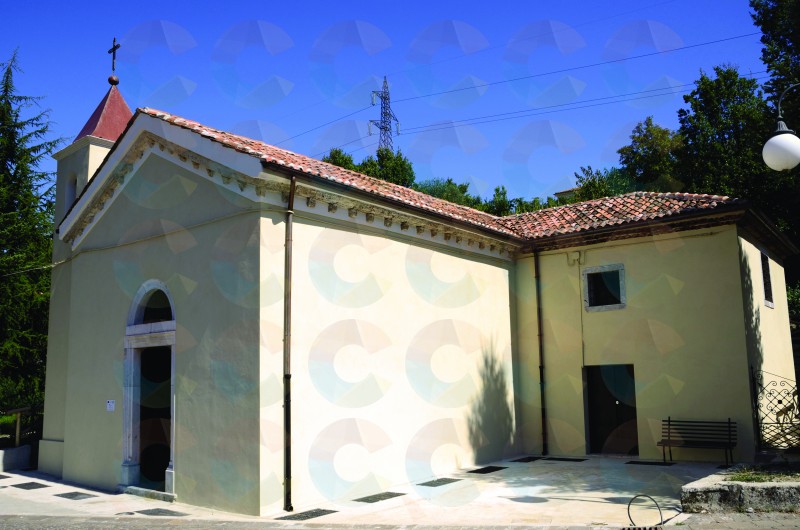 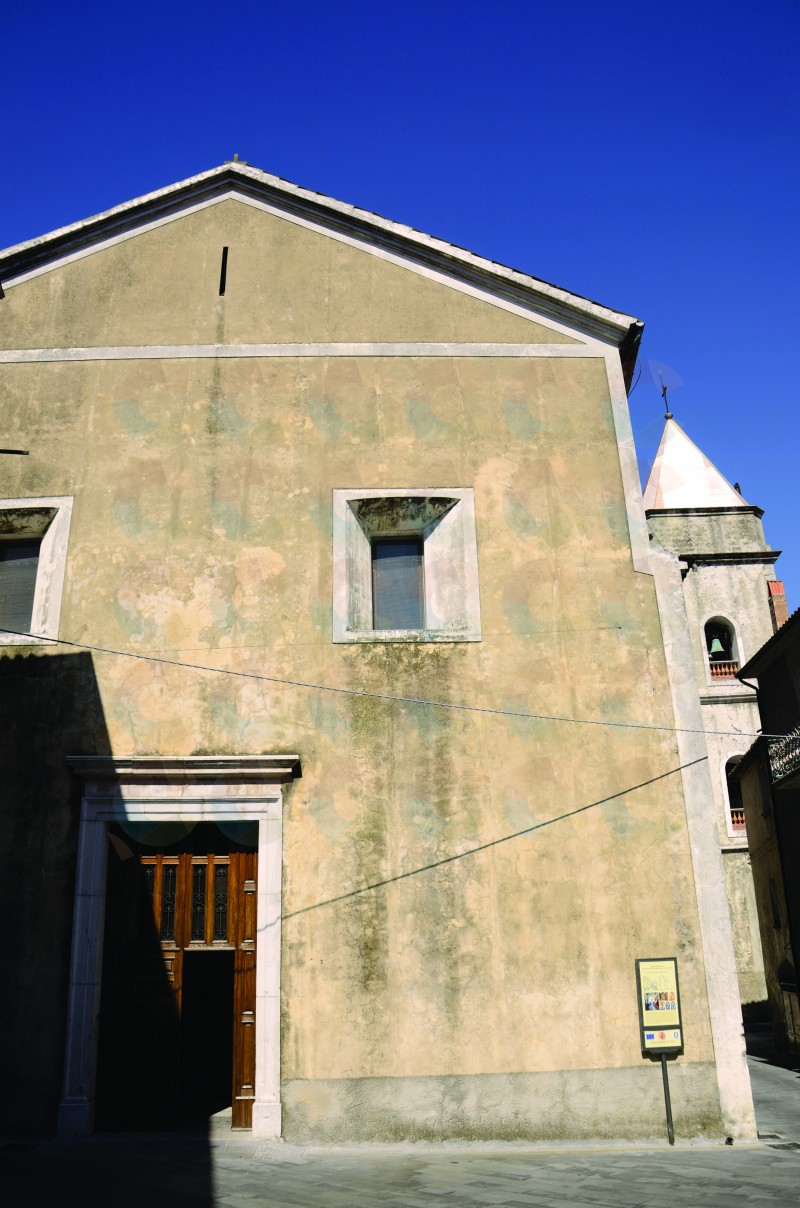 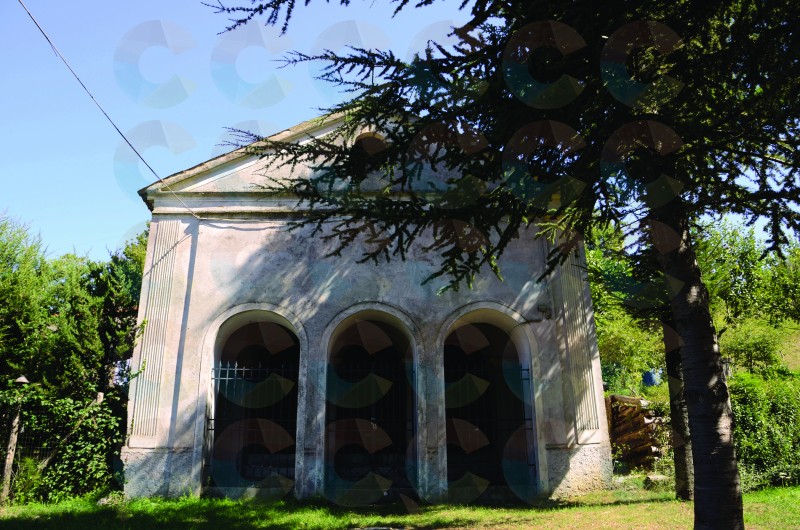 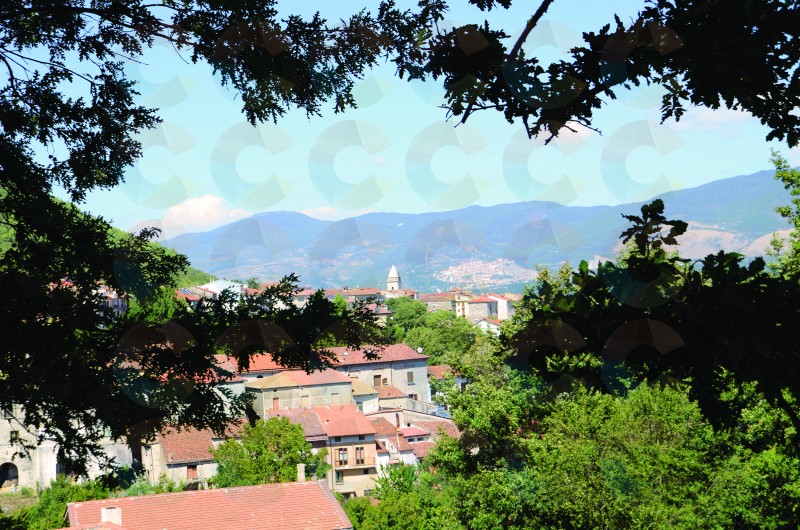 The village arose « ad honorem et fidelitatem Regiam » to desire of William of Sanseverino, lord of Padula, Sanza and Policastro and son of the Earl of Marsico Thomas, the founder of Padula.
With instrument signed on November 2, 1333, toMonte San Giacomo, Guglielmo Sanseverino granted to three familiesCasalnuovo (today Casalbuono) to form the nucleus of the newvillage that was built in lovely location at the foot of Mt.Carmel, not far from Riofreddo and the Heat that therein namedof Tanagro.

The three families (John Gemma, Nicholas Philipand Roger Bona) is forced, in the act, the loyalty oathof homage.It is useless to underline the importance of the document that informs us about the foundation of a village in the '300, providing considerable information onsuccession of related operations and ceremonies.

We learn so thedeforestation and burning of undergrowth in places Pelion or for Palioget the clearing to build first new homes, shelters foranimals and land that families have cultivated forown needs. In the istrument is news of free concessionof water and pasture, as they had the inhabitants of Padula and Sanza.Using fire they became owners'« terram capacemmilliarium duorum vomerarum, et pro orto qui sunt capax frumentitumuli unius in semine france et libere ».

The families had howeverpay tithes to the Curia of dominus paying the quarter of the pro-product for the best land cultivated and the rest for the less goodto the pedal, but they had the right to have free of chargea vineyard and a vegetable garden. As soon as it had reached the number thirtyfamilies could elect a judge, but even before that the «baiulo »would administer justice and pointed Statutes written by the Curia; «baiulo » that had to be independent of thosePadula and Sanza which was forbidden to intervene in thingsthe inhabitants of the new village.

These had full authority tobuy and sell, to accommodate anyone, to build ovens in thehouses or enjoy the oven of the Curia that eventually there wouldbuilt. The inhabitants of the new village, which the same William ofSanseverino wanted to give the name of Buonabitacolo indicating the healthylocality in which was to be built, would be exempted fordecade from royal collections and other charges, but would later betaxed as families of Padula.

They had the right to sellmeat of dead animals, pouring grain 2 for each sheep, threefor each pig and five for cattle. If a family had wanted to migrate could do so freely, as could freelysell homes, lands, etc., but with the obligation to pay the Curiastately four pugs output. Concessions and faculty all that madethe village fully autonomous.In the diplomatic hall of Abbey of Cava there are fourscrolls of the '300 concerning Buonabitacolo, three sales and acommute.

When the village was confiscated by the Curia directed to the Sanseverino,King Ladislaus granted the Russian village to Russo di Specchio onSeptember 28, 1407, concession confirmed on 20 November. From the documentyou learn the boundaries of the village: the broad stream of Chiaro,touched the border lands of Montesano, went down to the gate of the piece,the street that goes to the village, in Riofreddo and the public street. In educament, drafted in Castelnuovo directed by the presence of the sovereign,King said that the village was definitely distinct from Padula, with all related rights.

And that is why in some papers the townis said land for its autonomy and no more village. The churchParish is dedicated to SS. Annunziata. There was a monasteryConventual Franciscans. Outside the town a grange of S. LorenzoPadula for habitation of directors on behalf of the Charterhouse.There was also a chapel dedicated to St. Anthony.

The village is nod in Gatta and in Antonini reminiscent Ceraso Lamb, elected bishop of Bovino on February 5, 1685,Francesc'Antonio Leopardi, first bishop of Marsico (1683) and thenTricarico and Niccolò Spinelli, bishop of Ugento.Giustiniani resumes Gatta believed that the village does notvery old.

By Antonini says the vast land owned by the monksthe Certosa di Padula, of which he was a feud. The 3200 inhabitants of the vil-packaging, in his day, were all devoted to agriculture and pastoralism.In 1626, Delia de Ponte, Marchioness of Padula («Padula »), aswas used in the '700), denounced the death of his father Orazio you cansat some feudal bodies, especially a water mill in timewinter.

Galanti says of the 3200 villagers.

Our Lady of Mount Carmel and St. Elias the Prophet