Laurino Le chiaine soprano, Le Chiaine, Piaggine soprano, Piaggine. Hamlet of Laurino up to the division for the fiscal payments in the 1571, autonomous university up to its elevation to Municipality. From Salerno Km. 86. 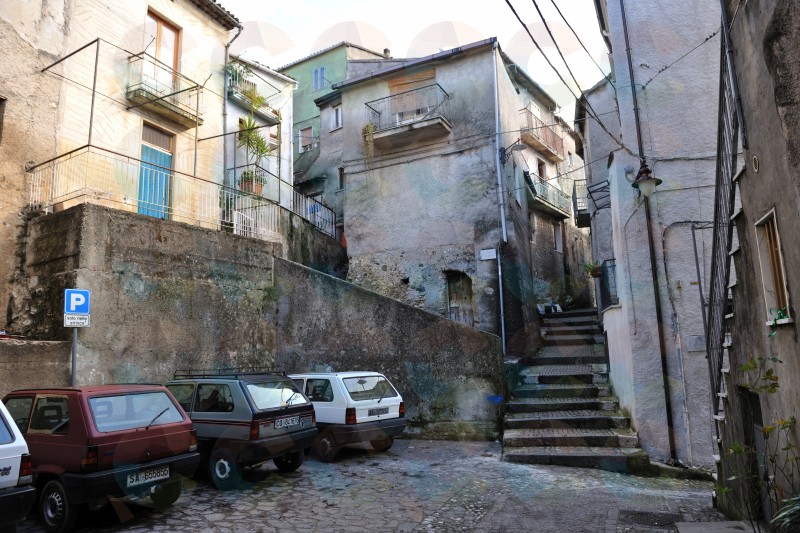 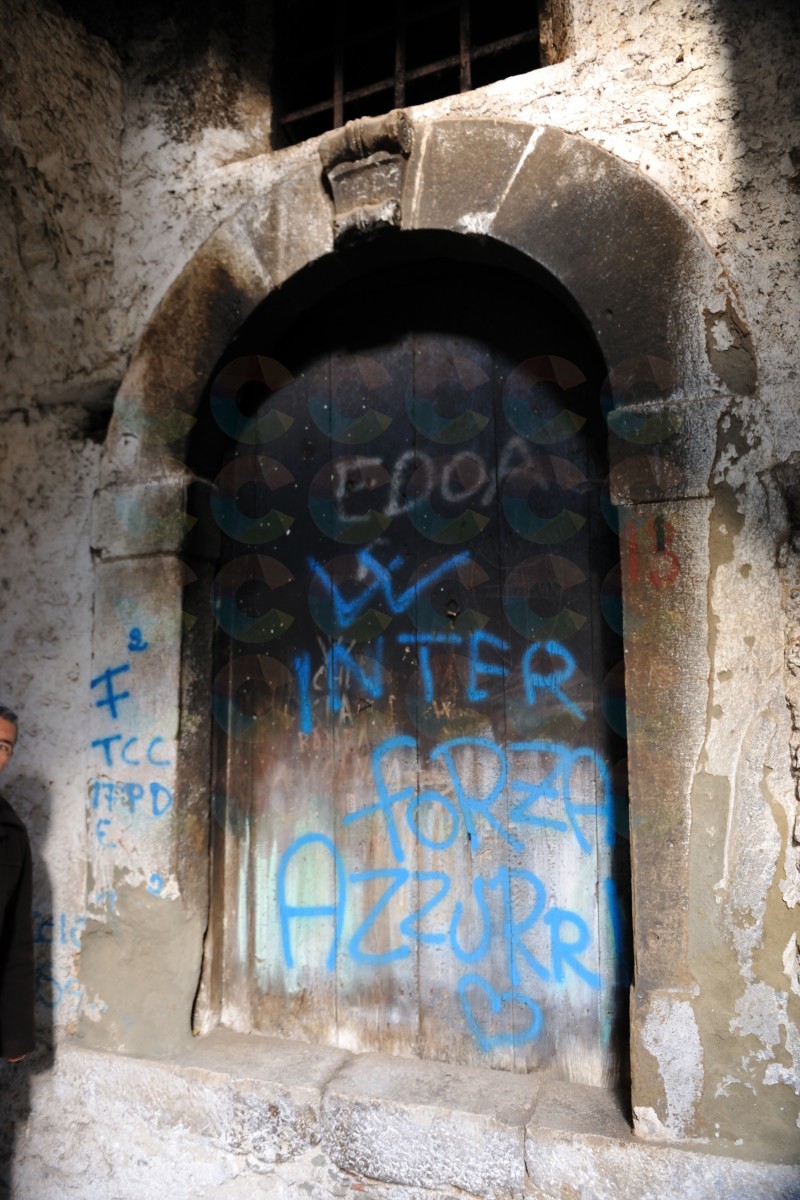 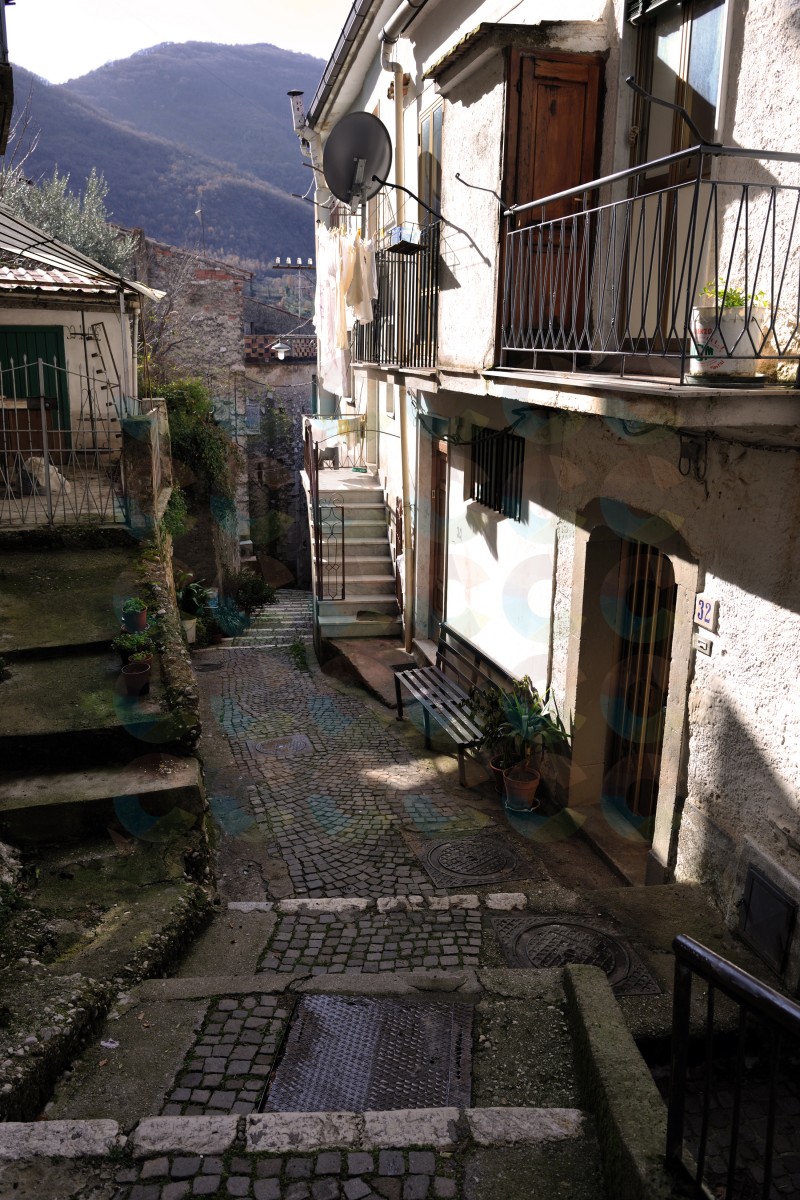 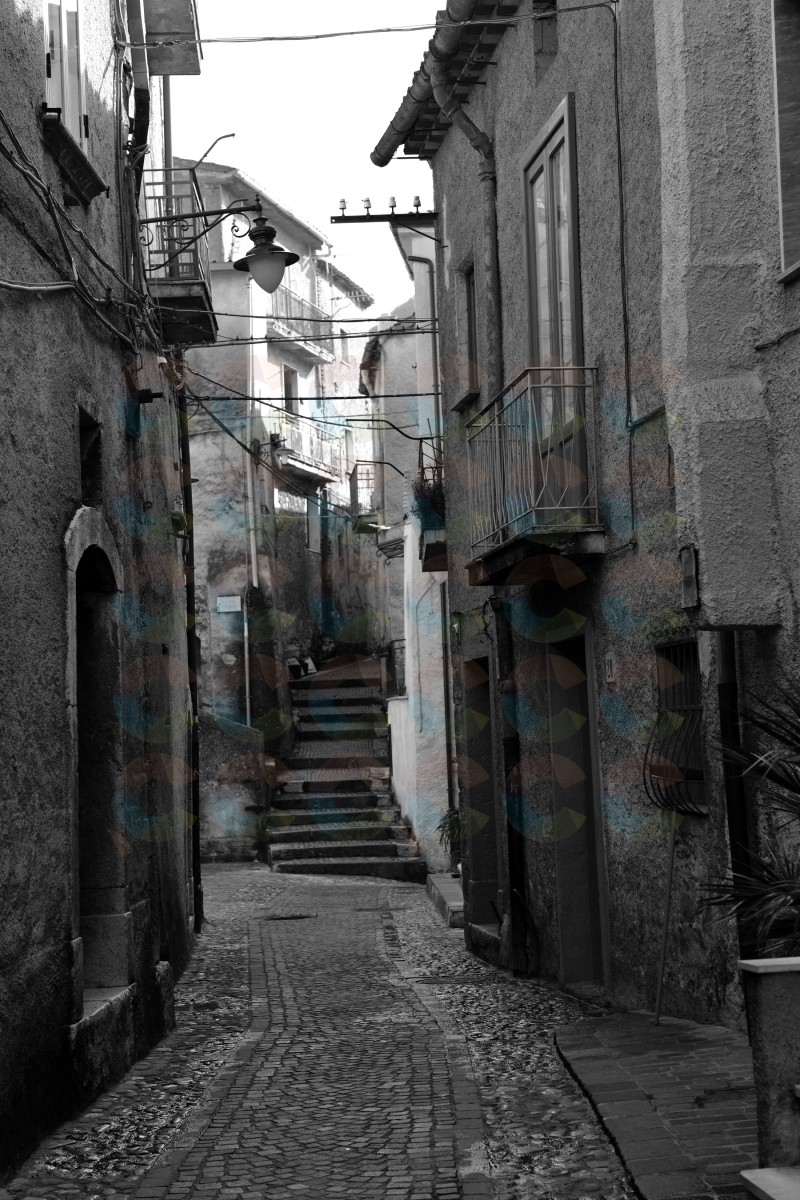 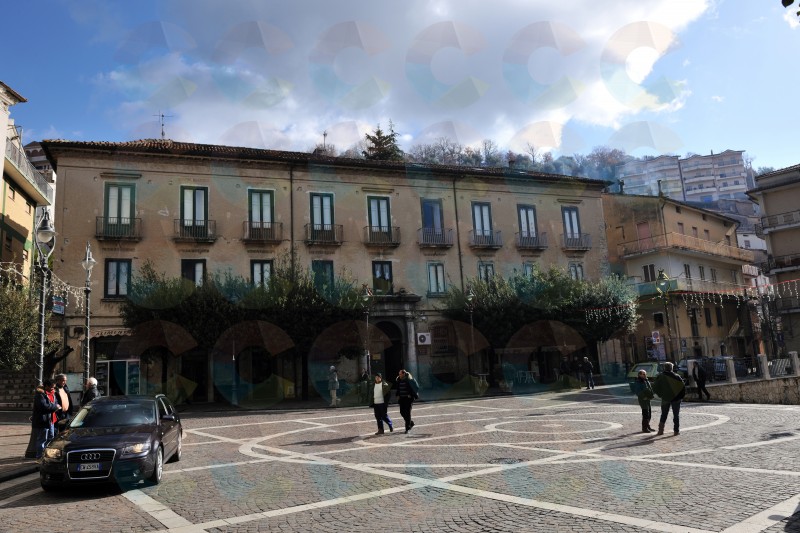 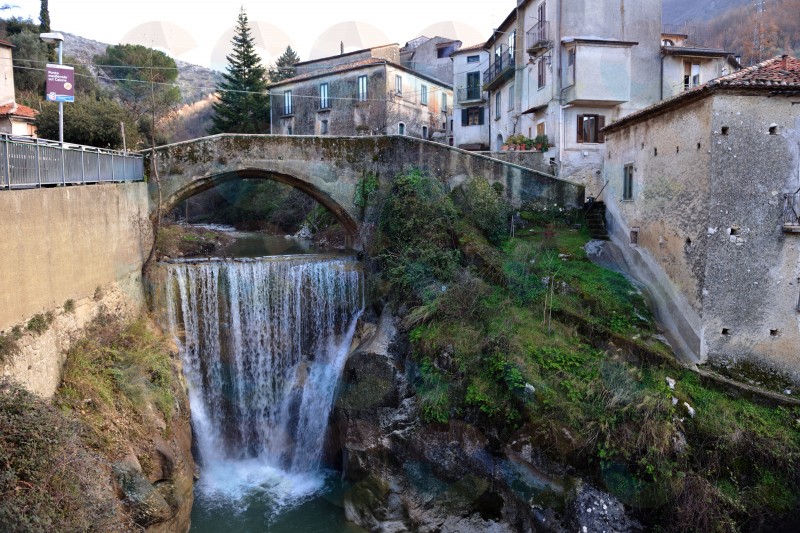 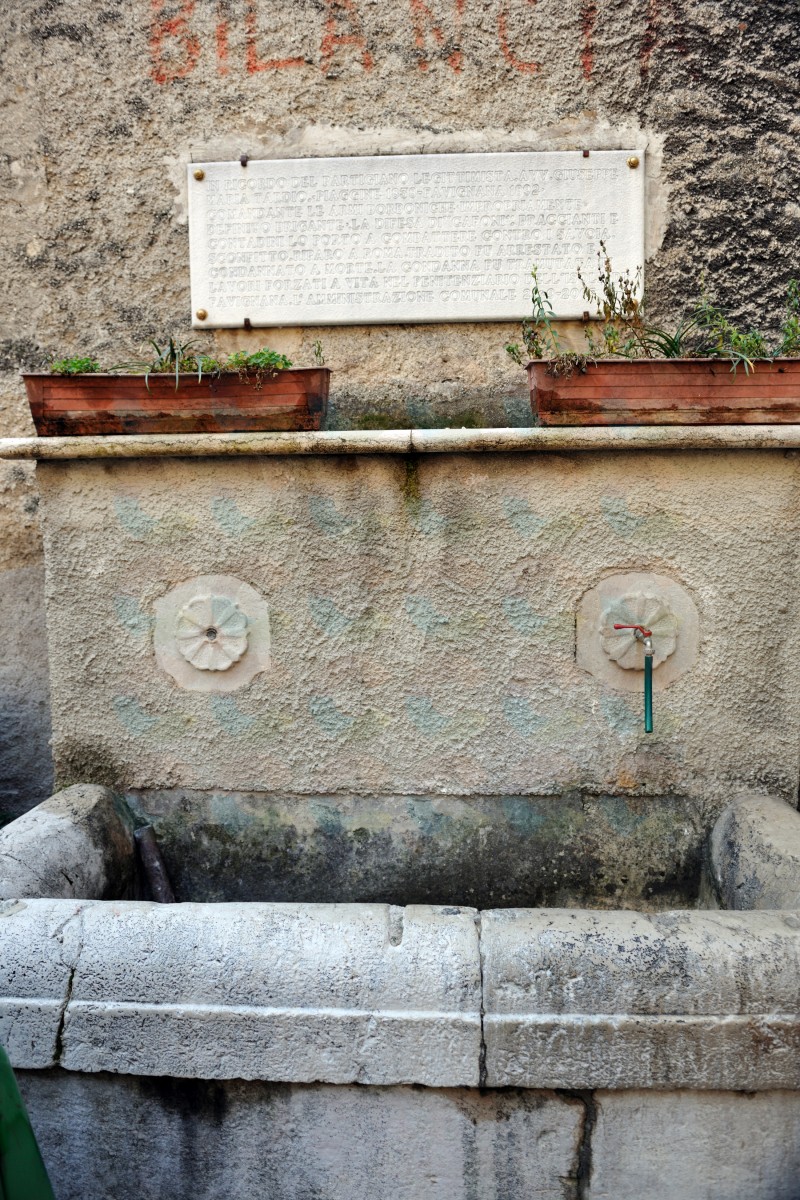 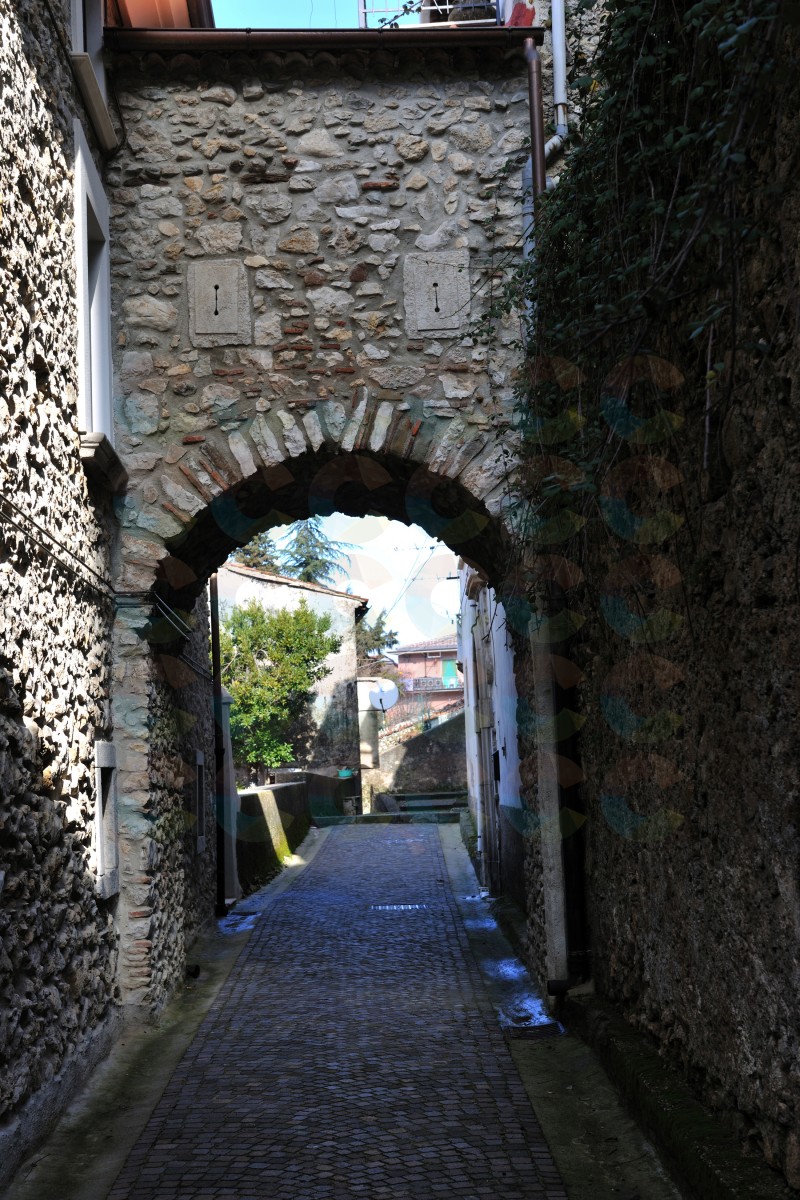 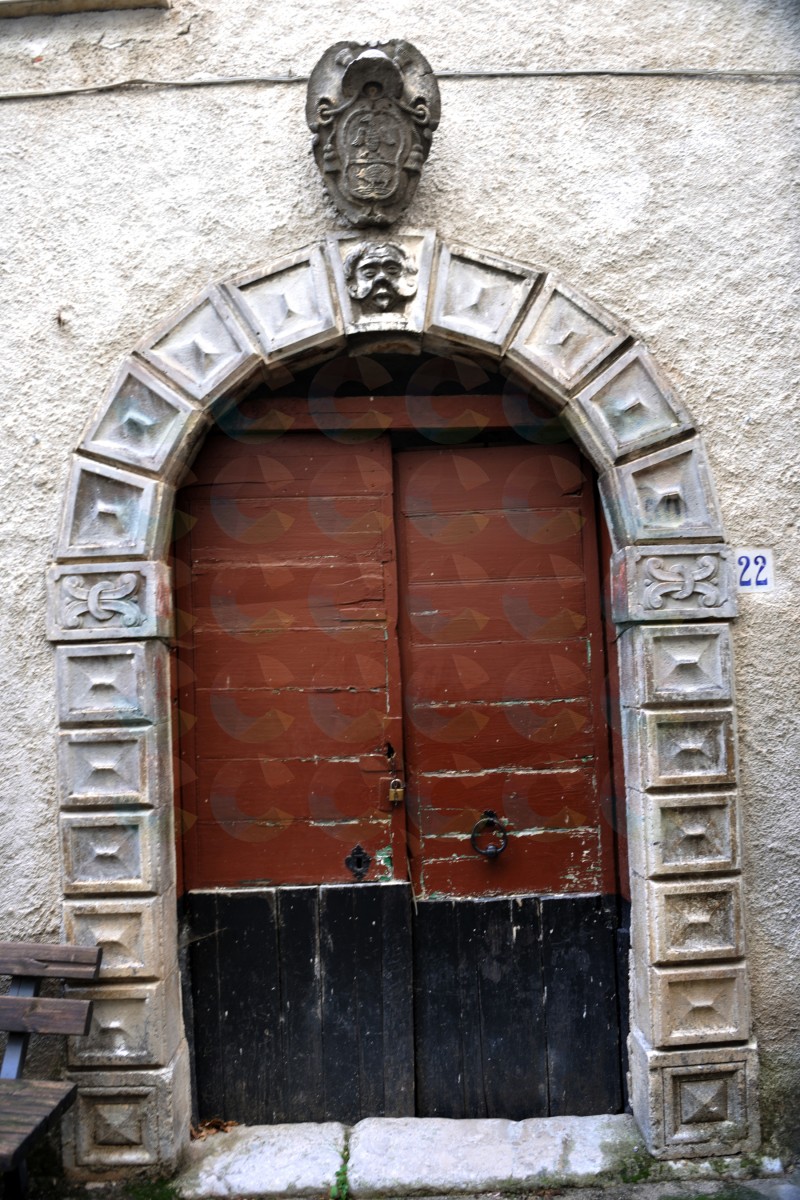 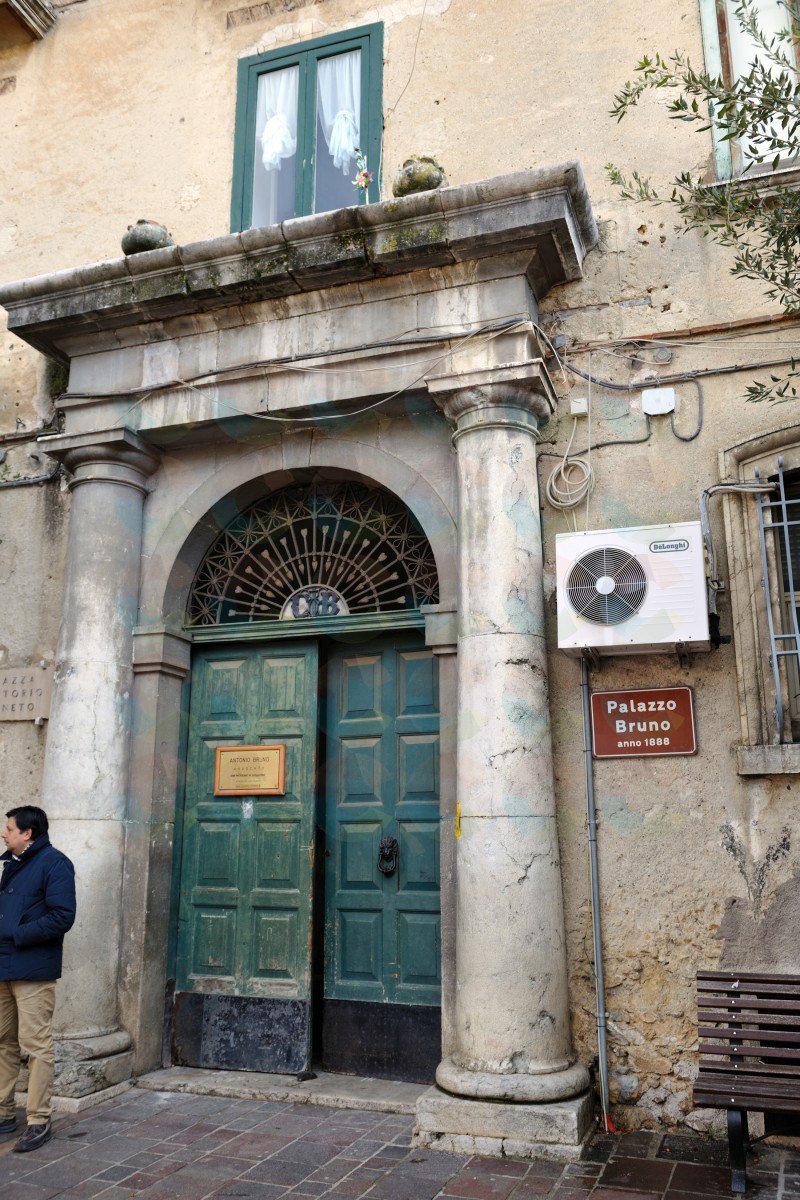 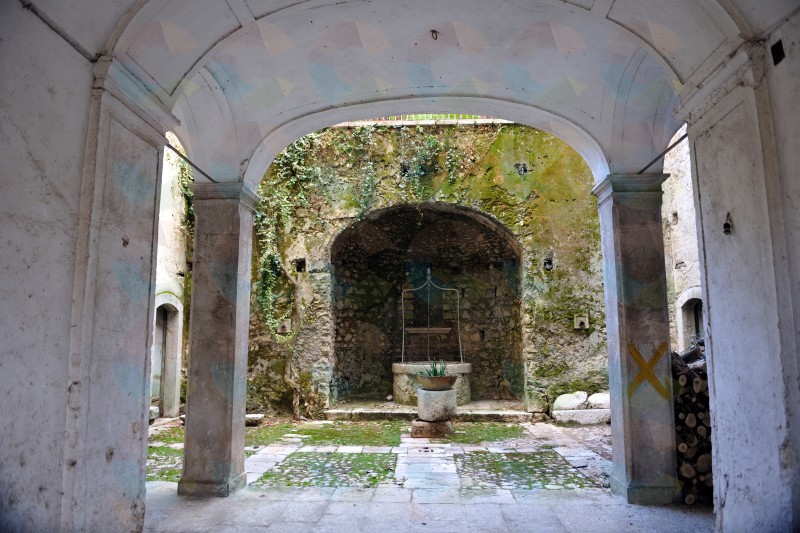 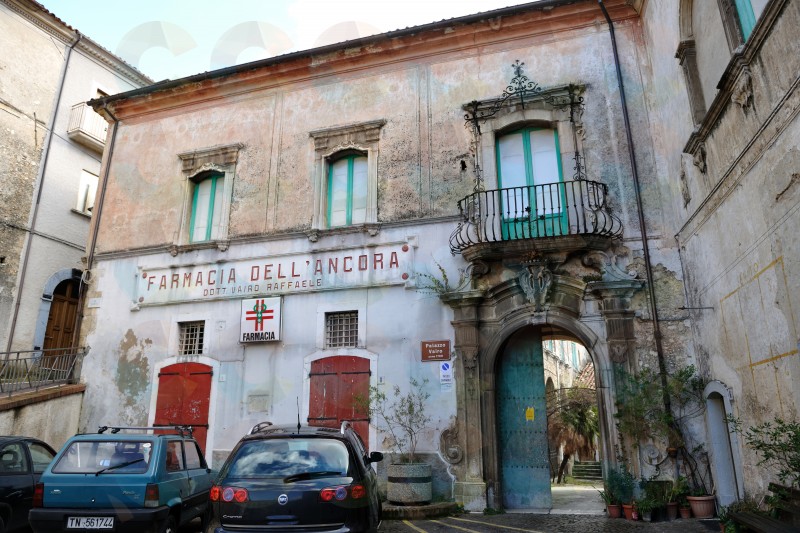 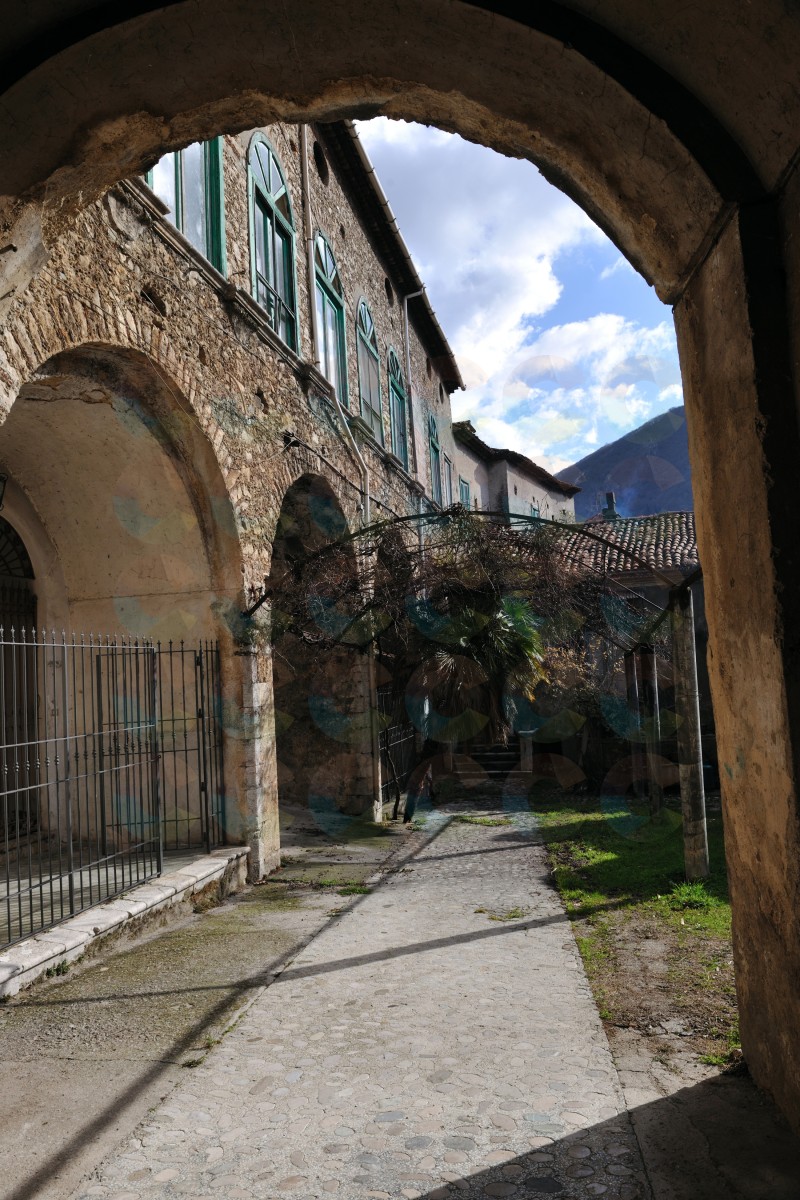 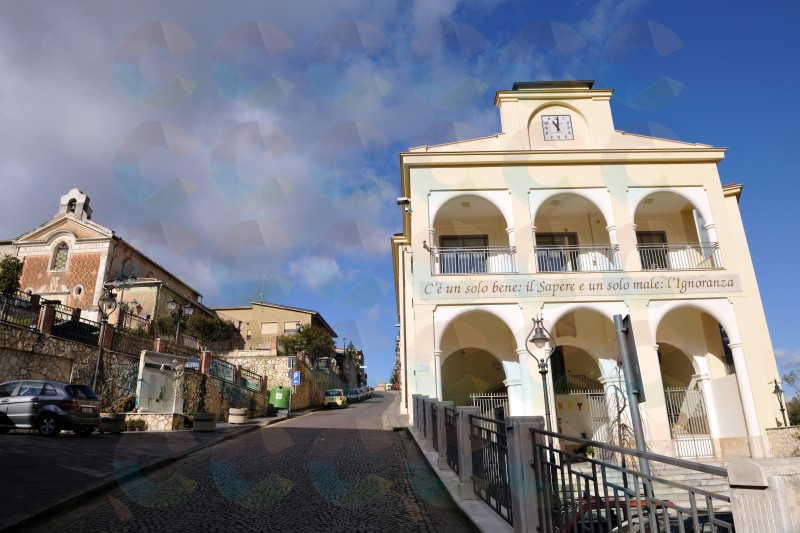 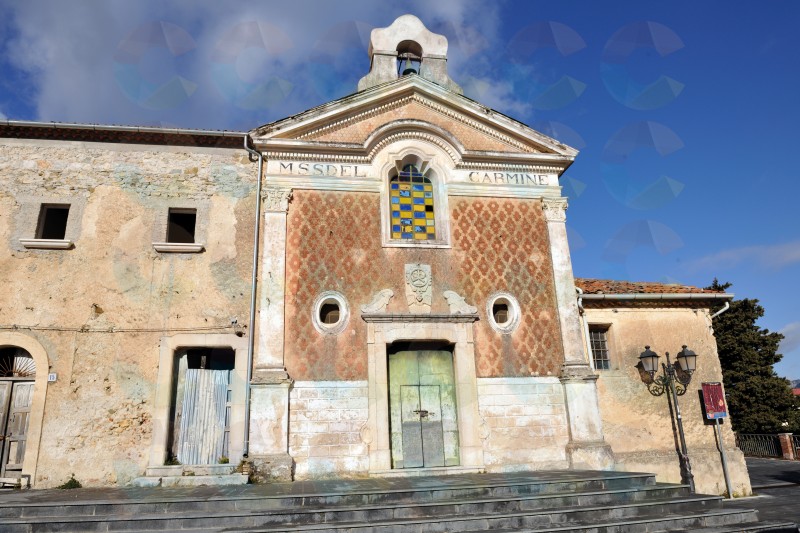 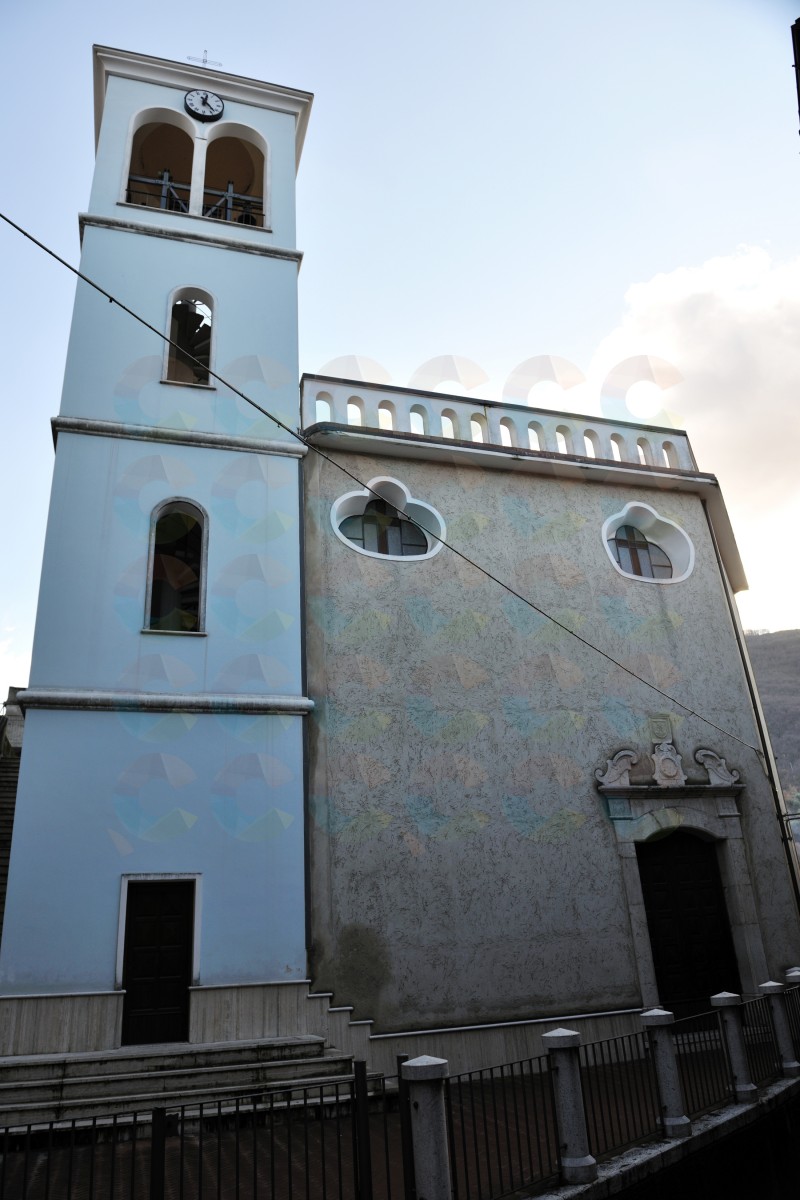 The tradition wants that Piaggine, hamlet of Laurino, has risen on the « castelluccio », probably a tower of sighting and defense. As hamlet of Laurino, it suffered the fates of it. Pacichelli derives its name from the beaches that there were on the shores of the underlying river from which the Heat is originated in the fund of a valley surrounded by mountains.

The two Piaggines, with Laurino, were possessed by the Sanseverinos. Then the feud passed to the revenue, from which the lieutenant of the Regal Chamber of the Summary Francis Revertera purchased it. In 1563, however, the feud of Laurino, with the two Piaggines and Fogna, was purchased by Giovanni Carafa Sanseverino. On August 9 th 1591 the Carafa got on Laurino and its hamlets the title of duke with the predicates of Aquara Castelluccio, Forniello (Stoves) and Fogna (or Fonga, today's Villa Littorio). The title remained to the descendants Carafa Sanseverino up to 1704, when to Baptist happened Carafa, his nephew Joseph Spinelli.

On June 10 1780 Vincent Spinelli, for succession of his father Troiano (death 1 September 1777), had Laurino with Castelluccio, Fornelli and Fonga. The title remained also to the Spinellis after the university of Laurino was freed by the burden of the feudality. When this was abolished, the feuds were still in possession of Vincent Spinelli, which was still living when was compiled the gold Book of the napoletan Nobility. It came so counted together with his child and successor Troiano.

To the death of this last, lacking direct heirs, the title passed to his nephew Vincent Spinelli, which, on June 10 th 1911, got the legal recognition of the title of Laurino with the predicate of Aquara. With regal patent letters of June 11 th 1911, the only daughter Ottavia, the noble wife of Vincent Caracciolo of S. Vito, was authorized to assume the titles for anticipated succession and with right of the consort to use marital nominations.

The local church of S. Nicola of Mira had a taken care of pastor, but before it was «grancia" of the Collegiate of S. M. Great of Laurino, from which it was divided in 1555, without however to get of it of the rens except a silver «ostensorio". University was divided from Laurino in 1571 for the fiscal payments, except Fonga or Fornelli.

The church of St. Nicola was of patronage of the university that restructured it. A great deal revered in the village is Saint Filomena. In Piaggine was born (1526) the servant of God Andrew Pepoli of the least ones of S. Francis of Paola, that died on July 27 th 1607 in the convent of Pozzano of Castellammare, where its rests are preserved, one century after the death of the founder of the order.

Few away from Piaggine, toward east, there was a Benedictine convent with the church of St. Simeone, «grancia" of the monastery of the SS. Trinity of Cava , for which is explained the existence of parchments concerning Laurino there. There was also a known convent of cappuccini « with the study of philosophy and Theology », furnished of a good library, with the caphel of St. Mary of the Carmine also of the university, where a lot of people from the outskirts went in the day of the feast. In the Pruno mountain is the cave of St. Helen «where springs water that does hoarse the voice, and it tightens the shovelfuls, serving to' shepherds of joke because burdens cannot swallow ».

In the mountain Costa della Salvia there is the cave of the archangel Michael, and near it, in the place (Vivo), there is an inhabited area and the church that also assumed of patronage of the university. Out of the inhabited area of Piaggine there were the chapels of S. Pietro (reconstructed in the 1765), of S. Caterina (university), of S. Giuseppe (fam. Riccio) and of S. Ann (fam. Vairo).

More distant the church of S. M. of the Graces (fam. De Luca, then Gaudiani and Egypt) from now on to which on July 2 was held a market. On the inside walls of the chapel there were frescos performed by Domenico Monacello in the 1599. To the greatest altar in the chapel it was tied up the complete indulgence with of Clemente XI; another altar was devoted to S' Eligio, with burial. As it is said, Pacichelli wrote a lot of Piaggine and of the family Pepoli.

Antonini says only that to Piaggine was born Cristoforo, bishop of Gerenzia, while Giustiniani, after having situated the village 40 miles away from Salerno, writes that in the censuses it was suitable as «Laurine le chiane soprano ». Surrounded by mountains and therefore rich of woods (many breedings of swines) and of pastures, Piaggine as the near Valley of the angel, have always been notes for the herds of sheeps, that transferred themselves toward the sea (Valley of Novi, etc) with production during the winter of appreciated cheeses. The greatest part of its 2650 inhabitants, to the beginning of 800 they were shepherds.

Feast of Our Lady of the Snows

At the Bride's banquet